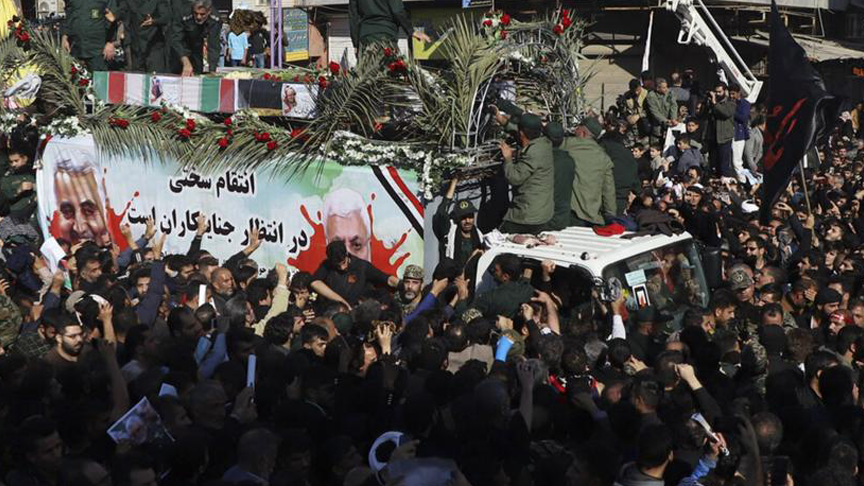 US-Iran continued belligerence has fueled power politics in the Middle East and MENA. Now power politics is at its peak which has very serious repercussions and spillover ramifications. The two divergent forces are pushing each other in opposite directions through their symbolic and stylish gestures and posturing. It got momentum after the assassination of Iranian General Qasem Soleimani in Iraq someday ago. There was hue and cry, processions, protests and sentiments of deep depressions, anger and of course revenge overshadowed sense of civility from both sides. The whole region was put in the line of fire after the assassination of General Qasem Soleimani who possessed unlimited powers in and outside of Iran.

General Qasem Soleimani has had been symbol of respect and fear in and out of Iran for certain complex and complicated reasons and actions. He was architect of Iran out-reach proxies in the GCC & MENA regions for so many years. Ironically he had reliable working relations even with other regional secrete agencies and military establishments too to topple Saddam Hussain, marginalization/downfall of Taliban, dismantling of ISIS and last but not least rescue and maintaining of status-que in Syria.

Tug of war has now ended with Iranian operation “Revenge of General Qasem Soleimani” by firing more than 30 ballistic missiles on US bases situated in Iraq. Iran claimed serious dint and substantial collateral damage to the US installations and troops stationed in both the bases. The US strongly denied and surprisingly showed great restrain to absorb the aftershocks of Iran retaliation. In the whole episode of war hysteria, one thing has merged that Iran at least “line of fear” and showed its political commitment and military preparedness to fight against all odds.

Unfortunately, Iraq has once again become center of War Theater where conflicting realities and burden of vested interest forced both sides and their regional allies to start another franchise vicious circle proxy war in the region. NATO has announced its support to the US against Iran and in its response Iran promptly announced its disengagement of nuclear deal with European Union.

In war there is no winner but all losers. But in the ongoing tussle and military stand-off between the US-Iran there are certain winners and losers too. The US, Saudi Arabia and Israel have merged short to long term winners whereas, Qatar, Iran, Hezbollah and Iraq have labeled as losers to short to medium terms. Peace, economy, regional harmony and stability is now at stake which needs to be pull out of clouds of imminent war. It is bitter lesson of human civilization that through centuries, power politics has its own chessboard where soldiers are crucified for the lives of king, queen, and elephant. So, there will be no direct war between the US and Iran. In this connection during Mr. Trump in his national wide speech has offered reconciliation with Iran for achieving solutions to conflicts rather maintain war mongering.  Now it is hoped that doves will fly high than deadly drones in the region. At least Secretary General of the UNO realized his duties by advising both the camps for de-escalation and restrain.

Stock exchanges crashed and there was upward boom in commodity markets too in the last few days. Oil prices fluctuated and regional as well international economy became easy prey to madness which had certain methodologies in it. Pundits of international politics are agreed that “oil factor” prevented both sides from the point of no return which has valid reason.

Despite ongoing rhetoric and euphoria Iran's military arsenal may be no match for the United States' in terms of technology, glitz and firepower, but Tehran makes up for it with tactics and numbers in strategic places. With passage of time Iran has become spy master of various militia organizations in the region and beyond. Undoubtedly, Iran has also emerged as center of gravity and invisible command to various ongoing proxies in the region i.e. Syria, Yemen, Iraq, Libyan, Lebanon and last but not least Afghanistan. Its off-shore franchises have spearheaded in shape of Hezbollah, Houthis and many more like mushroom. It is now on the card Iran will once again reactivate its arc of influence to indirectly harm the military bases, installations, oil refineries, economic centers and embassies of the US and may be its allies in the region in the near future. In this context, the UN most recently finding about, Iranian alleged scheme to hit Saudi mega oil refinery has now stunned the world and subsequently, weakened Iranian stance of reconciliation and desire of peace with the regional stakeholders and regional movers & shakers.

Iranian strikes against bases housing US troops in Iraq have shown that Tehran has developed some dependable ballistic missiles. It demonstrated Iran's ballistic missiles have accurate and precise guidance systems despite more than dozen missiles fired at US targets did not cause a single casualty which was by design, not happenstance. It also sent a message of deterrence, because dozens of installations with US troops in the Middle East are well within range of Iran's missile arsenal, which the International Institute for Strategic Studies (IISS) reports is the largest in the region. It is now feared that about 60,000 US troops stationed in the GCC & MENA region are at risk. Moreover, Iran heavily relies on mobile launchers and tunnels to increase missile survivability, and its launching pads are scattered throughout the country. These factors complicate enemy preemption or prevention.

The US Navy has big ships bristling with the latest technology, Iran takes a decidedly different approach on the water. To show its preparedness previously, Iran in a highly visible military exercise in 2015, naval forces from Iran's Islamic Revolution Guards Corps used 100 small boats to blast a replica of the aircraft carrier USS Nimitz in the Persian Gulf. Troops aboard the small boats fired shoulder-launched missiles, rockets and mortars at the Nimitz replica, with photos showing it erupting in fire and smoke.

The IISS report says Iran could have 3,000 to 5,000 of these small boats and the perfect spot to use them the Strait of Hormuz at the entrance to the Persian Gulf which has serious multiplier effects on the oil supplies. Moreover, strategic location of Strait of Hormuz, which is only about 32 kilometers (20 miles) across at its narrowest point, increases the probability of a successful swarm attack.

During those 2015 exercises, Iran also practiced laying sea mines. It was an Iranian mine that almost sank the frigate USS Samuel B. Roberts in the Persian Gulf in 1986.

Schuster says that mine used World War I technology, but during the 2015 war games, an Iranian commander said it had developed even better know-how.

The beginning of any large-scale US air attack on Iran would likely involve suppression of its air defense sites. Reportedly Iran has already developed its own advanced mobile air defense system with integrated radars and missiles that could even target the highest-flying US aircraft. The accuracy, effectiveness and utility of the Iranian air defense namely “Sevom-e-Khordad” was successful to shot down US drone in June 2019.

Since 2017, Iran has possessed long-range SA-20c surface-to-air missiles provided by Russia, which calls the system Iran's most capable component of its integrated air defense system.

Assassinated General Qasem Soleimani has not deteriorated or produced any serious dints to Iran arc of influence but in reality it reshaped. Iran has lost none of the vast network of allies and proxies Soleimani built and maintained. 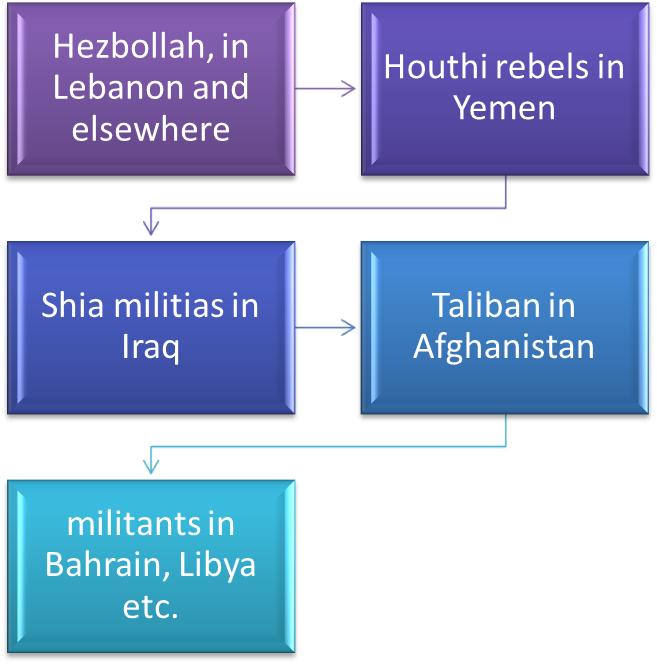 Those include Hezbollah, in Lebanon and elsewhere, Houthi rebels in Yemen, Shia militias in Iraq, the Taliban in Afghanistan and militants in Bahrain, among others. They are armed by Iran with everything from rifles to rockets to drones which apparently Tehran the upper hand in any regional conflict. With the passage of time, Iran has tipped the balance of effective force in the Middle East to its advantage by developing a sovereign capability to conduct warfare through third parties.

Iran has earned the respect and loyalty of its proxies by surviving 40 years as "an outlaw and alternative" to the world order and Iranian adversaries has no effective way to stop these proxy forces. The Bab el-Mandeb Strait connects the Red Sea to the Indian Ocean and is off the coast of Yemen, where the Tehran-allied Houthis control territory. The relatively narrow waterway can be covered by weapons supplied to the Houthis by Iran.

War mongering creates hysteria in which economic prosperity, regional peace and world harmony has been compressed and compromised. Sincere diplomatic efforts must be initiated to curtail unending race of regional supremacy between Sunni dynasties and Shia’s crescent in the region and beyond. Pakistan desires to stay away from the conflict is sensible strategy which may bring some dividends in short-to-medium terms. But ultimately Pakistan’s wishful thinking to resolve disputes between Saudis and Iranians must be rational because neutrality is not taken as good thing among the GCC countries mainly Saudi Arabia and United Arab Emirates.

Now only way forward is diplomacy and dialogue otherwise devastating destruction may be ultimate fate of humanity in the region as well as in the world. Grand reconciliation, lifting of economic sanctions to Iran and providing equal playing field to all stakeholders may bring some sustainable stability and peace in the region.

Although war is profitable proposition but still it is a complex and complicated phenomena. It somehow, may rescue Mr. Trump from the ongoing impeachment proceedings. It has provided some crucial breathing space to politically isolated Israeli Prime Minister and last but not least even Iranian government which has been under great stress from the ongoing series of protests and processions of its general masses in the country on the issue of unprecedented price hike and lack of basic necessities of life.

Sense of ownership, responsibility, restrain, de-escalation, diplomacy and dialogue should be mantra of every conflicting party and its global mushroom franchises. Proxy war is anti-development and even anti-human which needs to be halted for achieving greater regional peace and global stability. Even hegemonic psychology has also seeds of pharaoh’s prophecies which deem to doom. Respect of territorial sovereignty and international law ought to be followed in true spirits otherwise even globalization would be in danger zone.

Middle East is in the rampant mode of change. It is now in the process of reshaping wherein every main stakeholder is in search of lion share. Arab Spring brought mass scale political chaos and societal fragmentation in most of the regional countries. Its advanced version is going on to secure trough in the era of Trumpism. 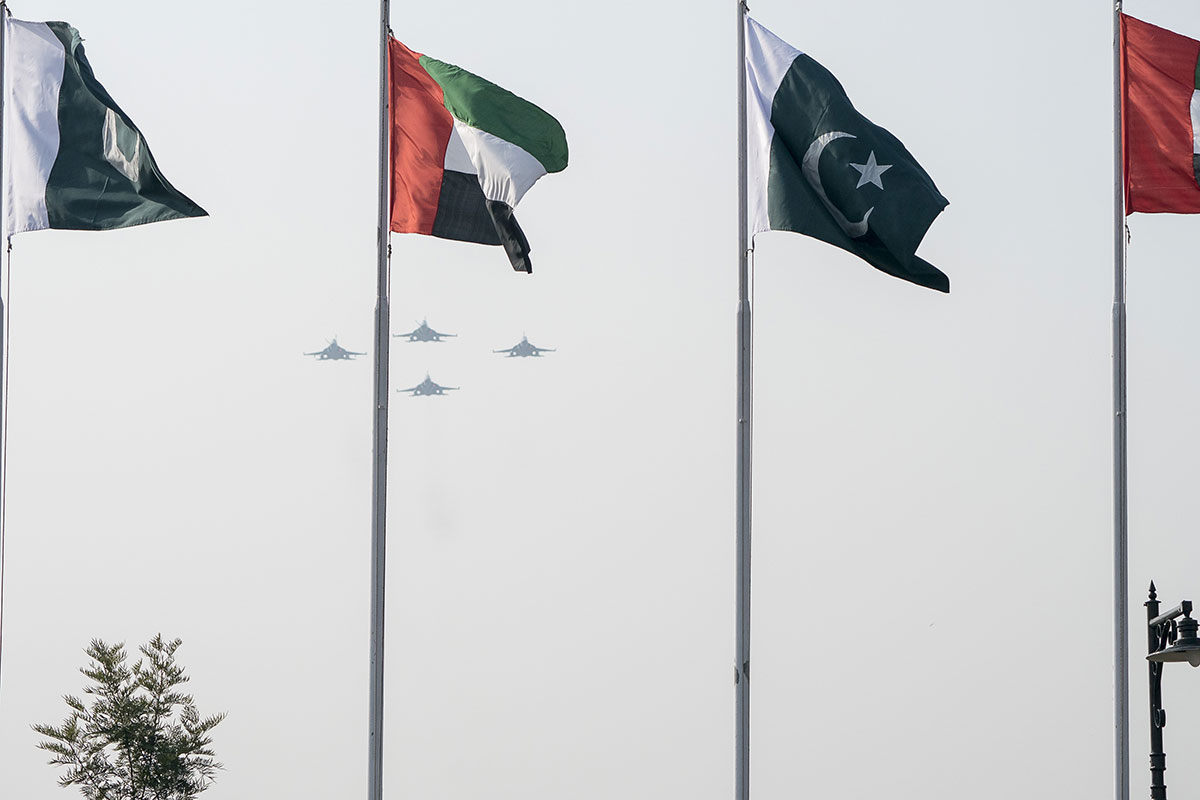 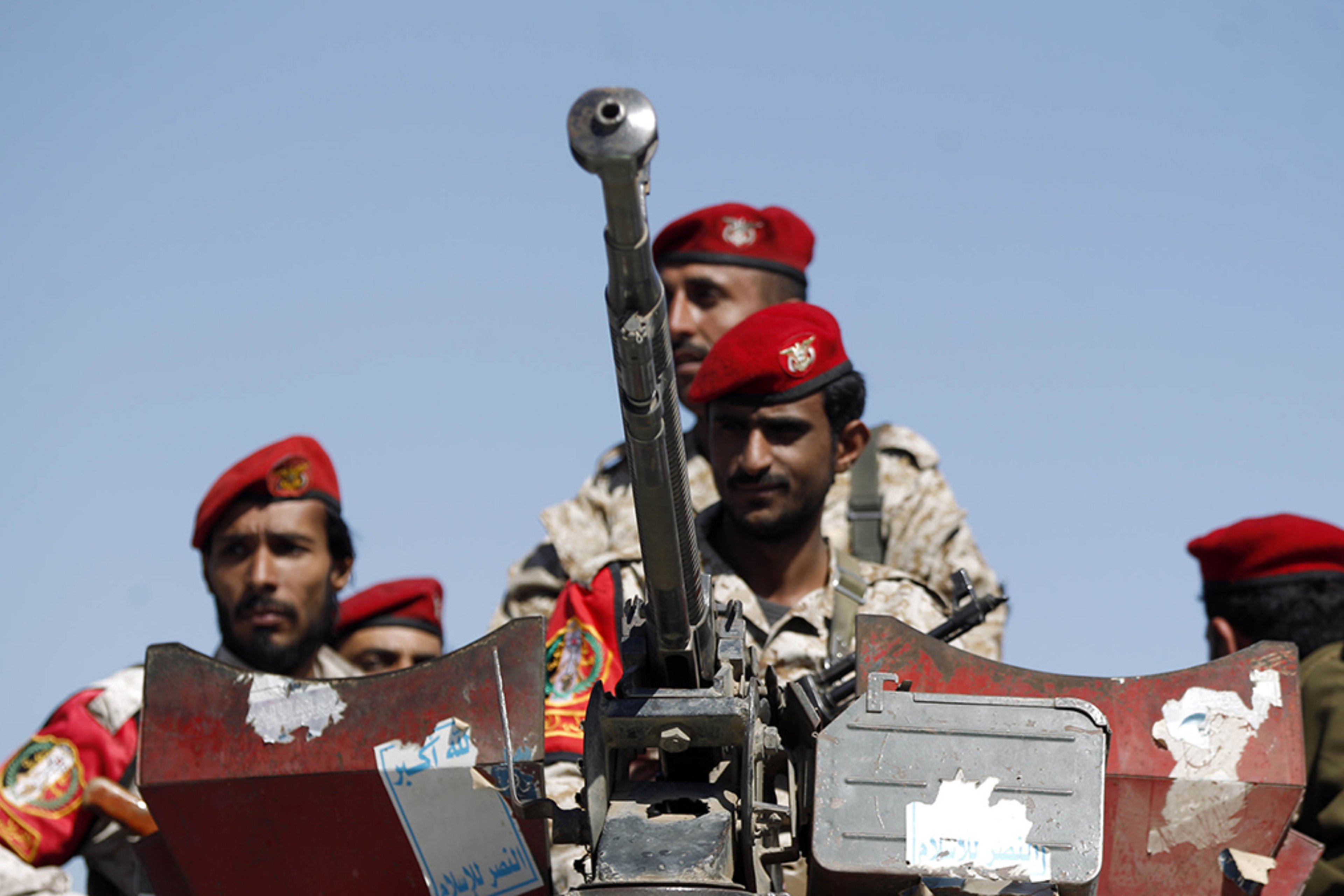 Yemen: A New Corridor of Control 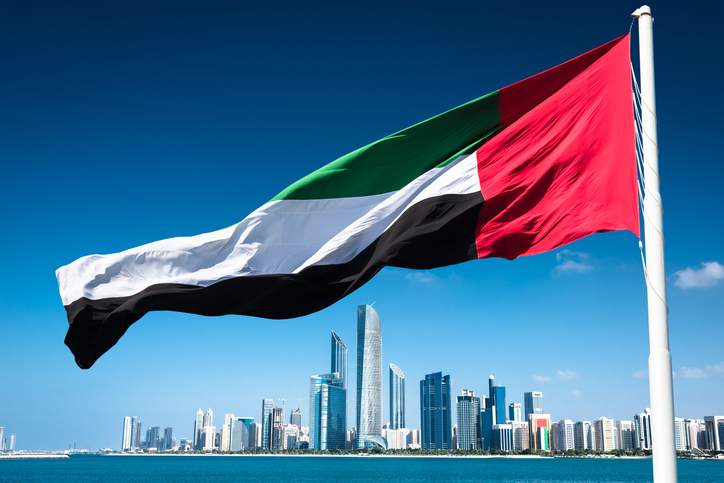