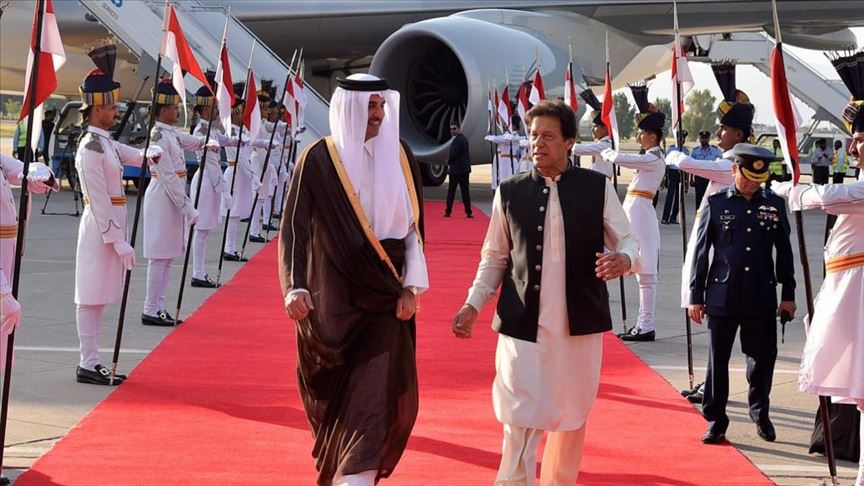 Most recently, Prime Minister of Pakistan Imran Khan has paid official visit to Qatar. Qatar and Pakistan have deep-rooted and historical multi-dimensional relations which are based on cultural affinities, shared traditions and values, geographical proximity and identity of interests. Pakistan cherishes its historic brotherly relations with Qatar and wants them to be taken up to new heights through greater economic integration, healthy trade and commerce relations and joint ventures.

During his stay in Qatar Prime Minister Imran Khan had meaningful meetings with various high officials. He had also met with his Qatari counterpart Abdullah bin Nasser bin Khalifa Al Thani. The main focus of the PM Khan’s visit included energy cooperation, trade and investment, defence and increase in employment opportunities for the Pakistani workforce in Qatar. The two sides also exchanged views on regional and international issues of mutual interest. The Qatari premier also hosted a dinner in the honour of the visiting delegation. According to reliable diplomatic sources Prime Minister Khan also requested Qatar’s government to provide a credit facility for LNG supplies and revise the prices during his visit to Doha.

It is hoped that primer Khan’s visit of Qatar would further enhance level of trade and commerce and foster commercial diplomacy between the two countries in the days to come. It would brighten the chances of Qatari foreign Direct Investment (QFDIs) in the country; moreover, it would diversify exports, joint ventures and fields of cooperation in the days to come.

Bilateral relations between both the brotherly countries got momentum after PTI government which believes in true commercial diplomacy. Various high official visits have been resumed/started for the last 2-3 months which is now paying its dividends in shape of greater socio-economic integration, energy cooperation, HR exports and joint ventures etc.  Finance Minister Asad Umar and Foreign Minister Shah Mahmood Qureshi have already visited Doha one after another in recent weeks which have further strengthened true spirits of bilateral relations. Even Chief of Army Staff of Pakistan, General Qamar Javed Bajwa also paid personal visit to Qatar wherein, he met with Prime Minister and Interior Minister H E Sheikh Abdullah bin Nasser bin Khalifa Al Thani. During the meeting, they reviewed cooperation relations between the two countries and ways of enhancing them, and discussed regional and international developments of common concerns.

In December (2018), Qatar had opened a visa facilitation centre in Islamabad for swift processing of visas of members of the Pakistan workforce wishing to work in Qatar. Doha has also promised 100,000 jobs for Pakistani workers, and the government is in talks with the Qatari government to adjust skilled members of the labour force returning from Saudi Arabia.

In the near past, while meeting with Qatari businessmen in Islamabad, Prime Minister Imran invited Qatari investment in all sectors of Pakistan's economy, especially in agriculture, livestock, and energy. While talking to Sheikh Mohammad Bin Abdul Rahman Al Thani, deputy prime minister and minister for foreign affairs of the State of Qatar, who had called on him in Islamabad to convey felicitations and best wishes on behalf of the Emir of Qatar on PM Khan's election. The foreign minister of Qatar conveyed the Emir's keen desire to work with the new leadership in Pakistan to further strengthen close and cordial relations between the two countries.

The Qatari foreign minister held talks with Foreign Minister Shah Mehmood Qureshi at the Foreign Office. "FM Qureshi underscored the importance of the relationship between Pakistan and Qatar. Discussing bilateral, political and economic relations between the two countries, the ministers decided to hold the next Joint Ministerial Commission (JMC) in December this year. He also offered the professional services of the Pakistani workforce for the 2022 FIFA World Cup in Qatar. Both were agreed to hold bilateral political consultations.

Qatar is one of the fastest growing economies in the world. It is the world’s largest liquefied natural gas producer and has become a major force in foreign investment, in addition to its achievements in political, cultural, social and legislative spheres. Despite some challenges Qatar has succeeded to maintain and sustain the economic independence and protected its national security and strengthened bilateral relations with all countries of the world.

Pakistan attaches high importance to the regional and strategic position of Qatar in the Middle East and appreciates its leading role in the Muslim world today. Pakistan is very keen to further strengthen and diversify these relations in all fields with Qatar. Now, Pakistan and Qatar have agreed to transform their bilateral relations into mutually beneficial economic partnership. Pakistan has invited Qatar’s investment in the energy, infrastructure and agriculture sectors. Qatar has assured that it would continue to support Pakistan. Qatar also assures its full support to Pakistan’s efforts in facilitating peace and reconciliation process in Afghanistan.

Pakistan-Qatar Joint Ministerial commission (JMC) provided an excellent opportunity to enhance economic and trade relations between the two countries. It is a useful institutional framework for an in-depth review of existing economic relations and identification of new opportunities for mutually beneficial cooperation in various fields.

Moreover, in the near past both sides thoroughly discussed diverse issues, including joint development of hydropower sector, identification of sources of financing, exploration of investment opportunities in energy sector, rehabilitation of existing hydropower plants and infrastructure development. Now, Pakistan provides ample opportunities to potential Qatari businessmen and investors in diverse fields of national economy.

There is a great opportunity for the Qatari government as well as private companies to make investments in the renewables in Pakistan, especially in solar, wind and hydro-power projects. Software technology parks ICT cooperation would be game changer between both the countries.

Cooperation in cotton would provide win-win position to Qatari investors because textile benefits are enormous and diversified. Moreover, oil & gas exploration would provide comparative advantage to Qatar which needs to be further strengthened. Extended cooperation in the fields of agriculture and food security would be a game-changer in the days to come. Tourism, SMEs, chemicals and infrastructure sectors would be mutually benefited for both the countries.

Enhanced cooperation in the fields of service sector of Pakistan and Qatar in terms of exchange of technology, movement of capital and the skilled manpower would be mutually beneficial for both the countries. Pakistani exploration and production companies in oil and gas sector desire to join hands with the Qatari companies for investment in upstream and downstream projects in Pakistan.

The forward-looking policies of HH the Emir Sheikh Tamim bin Hamad al-Thani and strategic commercial diplomacy of Prime Minister Imran Khan is a great plus for both the countries to move forward, aiming to be an advanced societies capable of sustaining its development and providing a high standard of living for all of its people” for generations to come would provide an ideal platform to go forward.

Qatar is now the land of wonders and financial hub. It is one of the ideal destinations of lavish hospitality. It reflects the true spirits of harmony and tolerance. The future of Qatar’s macro-economy depends on further diversification of economy, energy resources, widespread of social development, foreign direct investment, SMEs and above all human resource development. On Pakistan’s part, it is the land of resilience and righteousness and home of courageous people and diversified cultures. Its national policies are based on non-violence and non-interference. The future of further enhancing of bilateral relations of Pakistan and Qatar are bright, positive, diversified and sustainable. 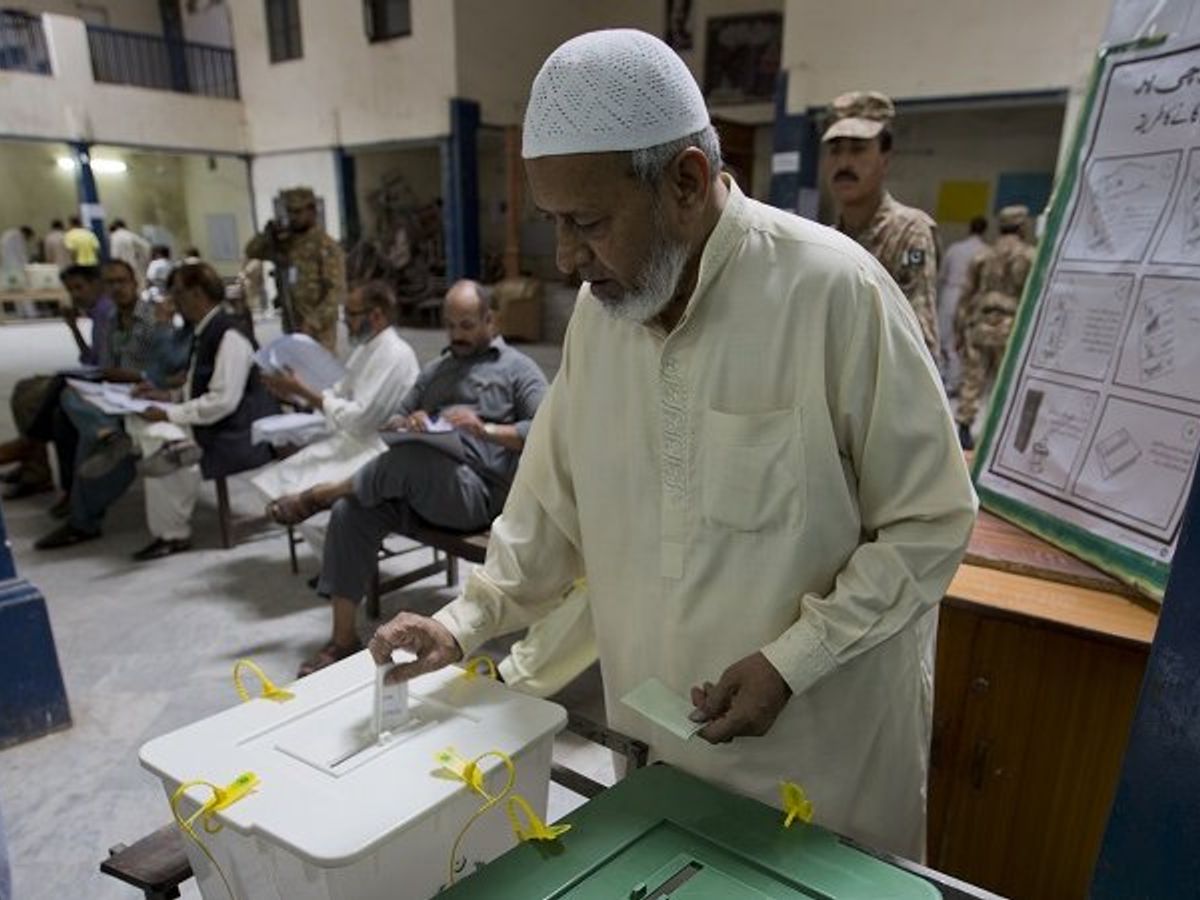