While Greece committed 229 violations against the Islands of non-military Status in the Sea of ​​Islands with its military vehicles from the sea and by land in 2021, the fact that the Greek Deputy Minister of Defense continued to visit the military units in the same islands in the last period is seen as a provocation to increase the tension. According to the Lausanne and Paris Agreements, military activities on the islands ceded to Greece, on the condition that they remain in non-military Status, clearly constitute a fundamental violation of these agreements.

Filling its country with military bases, Greece is getting stuck in a swamp

It seems really difficult to understand what the Greek authorities were aiming at by provoking Turkey. Greece has allocated almost every region of its country as a base to foreign countries. These bases threaten not only Turkey but also Russia. As a matter of fact, the forces deployed in the Dedeağaç (Alexandroupoli) region were sent against an attack by Russia on Ukraine. This situation was perceived as a threat by Russia. Relations with neighboring countries should be developed towards peace. It should not be forgotten that decisions taken without thinking will one day return to the Greek people.
It is difficult to understand Greek officials rather than Greeks

Turkish and Greek peoples deserve peace with many similar aspects. In this sense, while the region between the two countries should be a space of peace, such senseless behavior surprises everyone. Since its establishment, the need to move from a structure that serves the goals of other countries to a structure that focuses on the realities of the Greek people now makes itself felt.

Change starts with believing that it is necessary

“Change”, which means to become different by differentiating, is experienced at different levels in an area that starts with the individual and reaches the whole society. In this process, it is important to realize the necessity of change first. Wanting to change and believing that it can be changed comes next.

In this sense, Greece is one of the states that has not been allowed to change since the day it was founded, but on the other hand, does not show any intention in this direction.

Most of the time, the Greeks were not allowed to rule Greece, which was founded by the great powers.

Greece was founded by British, French and Russians. While it was being established, a great massacre was committed against the Muslim people in and around the Peloponnese (Aegean University: 2021).

The first King of Greece was a Catholic German belonging to an aristocratic family (Lewis, 2016). He was 17 when he was brought to the throne (Somel, 2012). This king was deposed by the states that brought him there in 1862 on the grounds that he could not do exactly what they wanted, and when he died in 1867 at the age of 52, he was buried in Germany.

New king: He had come to Greece after visiting Russia, England, and France. While traveling in Greece, he was accompanied by the British, Russian, and French navies. In 1867, he married the 16-year-old “Grand Duchess of Russia”. Her two sisters were also married into “British and Russian” royal families. He was already his paternal grandfather to the Duke of Edinburgh (Kiste, 1994). Their children would also marry into the royal families of the great states.

Interestingly, Constantine, named after his grandfather and the last emperor of the Eastern Roman, had done his education at the at the "Prussian War Academy" in Berlin in 1886. He also married Wilhelm's sister in Athens in 1889. When Constantine became king in 1913, this was not well received by the British.

Constantine was culturally and militarily under the influence of the Germans, and this was perceived as a threat by the British, who had established strong control mechanisms over Greece.

Since the king was not one of them, the weapons given would be demanded back

British and French gave an ultimatum to Greece, and they asked for their weapons back. Thereupon, fierce clashes took place in Athens between the Greek army and the British and French soldiers, and the British, French and Russian ambassadors reported that they had completely cut off diplomatic relations with Greece. The French and the British wanted Constantine's abdication. In June 1917, Constantine had to resign, despite the objections of the people, by leaving the throne to his son Alexandros (in line with the issues specified in the 1830 Guarantee Agreement, these countries rejected Constantine's first son Georgios on the grounds that he had served the Germans at the meetings held in Paris and London). After that, pro-British Venizelos was tasked with forming a government. Venizelos immediately brought Greece into the war on the side of the Allies.

After the war, on 14 November 1920, Venizelos lost the elections and Constantine became king again; England, France and Italy declared that they did not recognize Constantine as head of state, and their support for Greece was mere appearances. The British withdrew their financial support and left Greece alone. After the war, Constantine was deposed by a military coup.

In Greece, it was always what others wanted

On September 14, 1922, staff officers seized power in a coup d'etat in Greece and executed the war criminals of the defeat, which they called the "Asia Minor Catastrophe". A son of the king was also to be executed, but he survived as a result of the British government's ultimatum. In 2010, the Greek Supreme Court deemed these proceedings unlawful.

Although Greece in turmoil recovered somewhat in the 1930s, It went into crisis again with the outbreak of the second world war.

Afterwards, Greece was the subject of posts such as the "percentages agreement"

As Churchill admitted in a statement he gave to a newspaper after the World War II, Greece, which was the subject of agreements such as the "Percentages Agreement" and was left to British influence, would later continue to be a country of interest to other states. This situation will come to the present day by developing and creating similar situations. The most obvious example of this was the sale of arms to Greece, which was already in debt, by provoking tension in the crisis environment in the Eastern Mediterranean. Whereas, as Greece gets armed, it gets into debt, and as it gets into debt, the Greek people pay the price.

Is the problem in the education system?

Megali Idea emerged from the idea of ​​resurrection on a glorious history. However, the Istanbul Patriarchate, which did not support the Greek uprising, was excommunicated. The Greek State, which determined its borders in 1832, tried to structure the national unity consciousness with the deep-rooted historical events it added to the education system. The "Greek Education Law" created in 1834 was also written by a foreigner (Acar, 2019:55). Turks in this software; They are portrayed as uneducated, barbarian, despots behind their intellectual development, and this misinformation has been taught in schools for years. After a while, this leads the society to the points that are directed from the outside, rather than seeing its own dream. In this case, too, the Greek people continue to see the dreams of others rather than their own. That's the setup and it's very difficult for the Greeks to get out of this circle.

There is a jam in the system

The patterns of the past continue to shape the present, and in this respect, there is a feeling of being stuck. The Greek education system is claimed to be extremist, indecisive and aggressive. However, to exist in today's world is possible by expressing oneself realistically. Failing to see the truth is the biggest obstacle to different and logical thinking.

When Greece was founded in 1921, it was able to pay its debts hundreds of years later. About 100 years after the financial crisis in the early 1900s, after the financial crisis in 2007, it became poor again, entered recession, and experienced social events (Oxenford and Chryssogelos: 16 August 2018). Since then, it has suffered from a severe economic crisis. Its restructured debts are expected to expire towards 2050. It seems that this cycle will continue as long as the understanding does not change.

The German historian Falmeyarar said, "The Greeks of today are not descendants of the Ancient world." After that, Greek historians tried hard to refute this thesis.

In fact, although the Greeks tried to base themselves entirely on the ancient Greeks and Byzantines, it is a fact that they have undergone great cultural changes over the course of two thousand years as a result of cultural interaction with their neighbors throughout history (Smith, 2009: 53-54). Imaginary and directed projects naturally create a deep gap between the "sublime state" and the "real present" (Dimu, 2017). This situation can only be resolved by accepting the facts.

As a result, it is clear that the Greek administration's reconsideration of its attitude, which it has maintained in the framework of differences with its neighbors with whom it has lived in the same geographies for thousands of years, will contribute to the creation of an environment of peace in the region as well as the welfare of its own people. 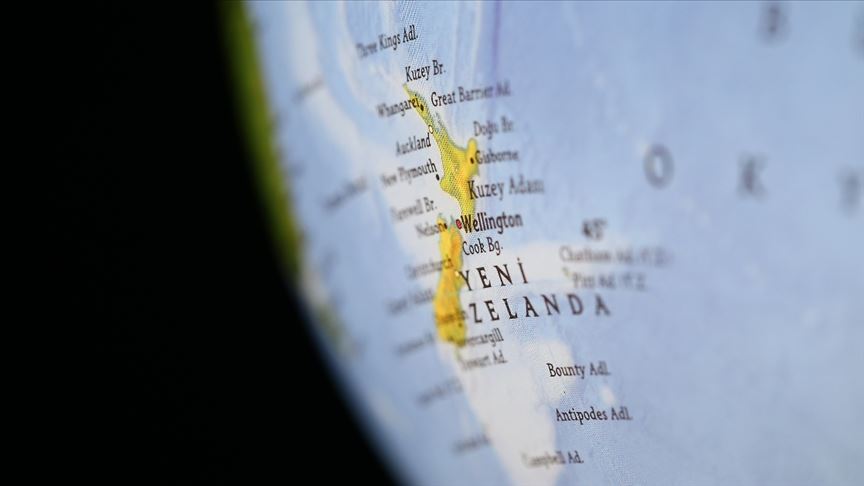