In this study, various decisions made by the International Criminal Court will be examined and evaluations will be put forward regarding the decisions taken or to be taken on Palestine.

" To maintain international peace and security, and to that end: to take effective collective measures for the prevention and removal of threats to the peace, and for the suppression of acts of aggression or other breaches of the peace, and to bring about by peaceful means, and in conformity with the principles of justice and international law, adjustment or settlement of international disputes or situations which might lead to a breach of the peace. “

And since the International Criminal Court affirms all the principles and purposes of the United Nations, and the application and realization of the concept of justice require accountability for those involved in violating international law and human rights, as emphasized in the introduction to the statute of the International Criminal Court which stats that crimes that threaten security and prosperity in the world shall not go unpunished and those responsible for it must be held accountable in the context of serving justice and achieving just and comprehensive peace around the world.

The International Criminal Court, which is a permanent international court, was established by the Treaty of the Rome Statute on 1 July 2002. Its authority is to “exercise its jurisdiction over persons in relation to the most serious crimes of international concern,” defined as the “crime of genocide.”, "crimes against humanity", "war crimes" and "crime of aggression". Most importantly, the jurisdiction of the ICC is “complementary to national criminal jurisdiction.”

The main role of the ICC lies in enforcing and inducing compliance with specific norms of international law aimed at criminalization and preventing mass violence.

The Rome Statute and the ICC have made particular advances in combating impunity in relation to crimes against children and women. The Rome Statute widely codifies such acts and requires the bodies of the ICC to have particular expertise on violence against women and children. Indeed, gender crimes were featured in the vast majority of ICC cases to date.

On March 4, 2009, the Pre-Trial Chamber of the International Criminal Court issued an arrest warrant for President Omar al-Bashir of Sudan, based on charges of crimes against humanity and war crimes. Today, on 27/6/2021, the Prime Minister in the new Sudanese government announced that it would hand over wanted persons to the International Criminal Court, without clarifying whether al-Bashir was among them.

The ICC's first verdict was issued on 14 March 2012 and the first sentence on 10 July 2012 in the Lubanga case, where child soldiers under the age of 15 were conscripted, enlisted and used to actively participate in hostilities in the DRC. Charges relating to the use of child soldiers are also featured in several other ICC cases, and the Special Representative of the United Nations Secretary-General for Children and Armed Conflict has assessed that "these indictments serve as a useful deterrent against child recruitment in situations of armed conflict."

A UN court in The Hague on Tuesday upheld a 2017 life sentence for former Serb commander Ratko Mladic for his role in the genocide in Bosnia and Herzegovina. The 78-year-old led forces during the massacre of Bosnian Muslims (Bosniaks) during the 1990s Bosnian War. Mladic, also known as the "Butcher of Bosnia," unsuccessfully appealed his conviction for genocide and crimes against humanity at a court in The Hague.

On February 5, 2021, the International Criminal Court issued a decision stating that the court has jurisdiction over the West Bank, including the Gaza Strip and East Jerusalem, the Palestinian territories occupied by Israel in 1967. This decision was taken more than a decade after Palestinian attempts to hold Israel criminally responsible for its war crimes in Palestine. This decision is a real exam for ICC and the countries that sponsor human rights and democracy.

III. Obstacles that the court may face in prosecuting those involved and achieving justice.

Political pressure from the superpowers and the court's lack of police and executive power to arrest the accused is one of the biggest challenges facing the International Criminal Court in the way of arresting the perpetrators of crimes and establishing justice and peace throughout the globe, below we will talk about some of these Difficulties in more detail.

The lack of cooperation by some governments to extradite the wanted persons.

Some governments may not cooperate with the court to hand over arrest warrants for wanted persons due to political considerations, just as happened previously with Omar Al-Bashir when he traveled to countries that are members of the Rome Statute. These countries refused to hand Al-Bashir over to the International Criminal Court because they do not want to disturb the political relations between them and between the Sudanese government, which was headed by al-Bashir at the time. It is feared that the matter will be repeated today with the Israeli army officers, who are expected to issue arrest warrants against them to investigate the crimes they committed against the Palestinian people, as some European and Western governments will refrain from cooperating with the court to hand over these officers if they are on their lands in the context of preserving their good relations with Israel.

The ICC's lacking the international Police to detain the wanted persons.

In order to effectively perform its jurisdiction and mandate, the ICC needs sufficient support and cooperation of States. The international community has on multiple levels, declared its determination to end impunity for the gravest crimes, and cooperation with the ICC is a concrete way to give effect to that goal.

As the ICC has no police force of its own, it needs States' cooperation for the enforcement of its orders and is entirely reliant upon them for the execution of its arrest warrants. Regrettably, several suspects subject to ICC arrest warrants have successfully avoided arrest for many years, defying the international community's endeavors to establish the rule of law at the international level. The political will to bring these warrants to justice is crucial.

IV. After turning Ratko Mladic page, will the page of Israeli officers involved in war crimes in Palestine be opened?

After the Bosnian war in 1992-1995, between convicted person was also general Ratko Mladic and his case was followed by the world public and media.  Among the crimes that are attributed to him is Srebrenica Genocide, ordering the deportation of Bosnian Muslims (Bosniaks) and Croats in the war area of Bosnia and Herzegovina, terror to civilians in besieged Sarajevo, taking hostage members of the United Nations peacekeeping mission during 1992-1995.

On July 25, 1995, the International Criminal Court of Yugoslavia published the first indictment against Ratko Mladic and Radovan Karadzic. In the indictment, the defendants are charged with genocide and crimes against humanity, crimes against civilians in Bosnia and Herzegovina, and a sniper attack on civilians in Sarajevo, as well as taking hostage members of peacekeeping UNPROFOR and using them as human shields. International Criminal Tribunal for the former Yugoslavia (ICTY) Prosecutor Richard J. Goldstone prepared a second indictment, which was confirmed on 16 November 1995, regarding the genocide in Srebrenica and other crimes in his region.

Ratko Mladic was sentenced to life imprisonment for the first time on 22 November 2017. In 1995, he was found guilty of genocide and persecution, extermination, murder, deportation, inhuman acts (forced transfer), terrorism, illegal attacks on civilians, and hostage-taking in the Srebrenica region. On 8 June 2021, a UN tribunal in The Hague upheld the 2017 life sentence of former Serbian commander Ratko Mladic.

Especially after receiving reports from international organizations such as Amnesty International, which confirm that the Israeli army targeted residential towers in the Gaza Strip and killed innocent children and women. The Israeli Air Force also targeted the offices of news channels and press offices in flagrant violation of freedom of expression and opinion. (The Israeli army targeted the offices of the American Associated Press, Al-Jazeera news channel, and other press offices during its recent aggression on the Gaza Strip). It is also expected that the issue of the displacement of the residents of the Sheikh Jarrah neighborhood will be strongly present in the investigations of the International Criminal Court, as it is part of the Israeli settlement file, which is one of the main files submitted by the Palestinian Authority to the court. This time the Palestinians hope that the International Criminal Court will bring them justice and try the Israeli army officers involved in war crimes against the Palestinians.

Achieving justice, holding criminals accountable and restoring rights to their owners is the effective way to achieve a just and comprehensive peace in the region and the globe.

V. The Sheikh Al-Jarrah issue and the aggression against Gaza Strip will be a real test of the effectiveness of the latest court decision

After an Israeli court notified four Palestinian families of the necessity of evacuating their homes in which they have lived since 1956, on the pretext that they do not possess title deeds and claim ownership of these homes by settlement associations, A wide wave of local and international solidarity campaigns broke out with the people of the Sheikh Jarrah neighborhood. It later developed into clashes with the settlers and the occupation forces, which became permanently stationed in the neighborhood within the framework of protecting the Jewish settlers and suppressing the local solidarity campaigns with the residents of the neighborhood threatened with displacement.

Palestinians can raise the issue of the displacement of Palestinian families from Sheikh Jarrah neighborhood and the confiscation of homes and granting them to Jewish settlers within the framework of the settlement file, which is one of the main files submitted by the Palestinian Authority to the International Criminal Court for investigation and given that Israel is considered as an occupying power in East Jerusalem and the other Palestinian occupied territories from the perspective of international law and international legitimacy. Moreover, that displacing the people of Sheikh Jarrah from their lands and bringing in Jewish settlers in their place is a violation of Article 49 of the Fourth Geneva Convention.

The recent Israeli aggression on the Gaza Strip has left hundreds of civilian victims (martyrs), most of whom are children and women, and left great destruction in buildings, residential towers and infrastructure. The International Criminal Court must monitor the situation in Jerusalem and Gaza closely, as this will be the first real test of the Court in light of keeping pace with the Israeli aggressions and violations against the Palestinians, after recognizing its jurisdiction over the Palestinian occupied territories.

The important value of the ICC and the Rome Statute system lies in both the punishment of perpetrators and the prevention of future crimes. There is real evidence that it has made a notable contribution in this regard. As it enters its second decade, the ICC remains firmly committed to bringing an end to impunity and upholding the rule of law, inspired by the common values of humanity that the Court shares with the United Nations. The Rome Statute and the ICC have made achievements in confronting impunity in relation to crimes against humanity and war crimes. The Rome Statute considerably codifies these acts and requires the bodies of the ICC to have particular expertise on violence against these crimes.

States and governments must cooperate with each other in the framework of handing over criminals and those involved in crimes against humanity to the International Criminal Court in the bodywork of establishing peace and achieving justice in accordance with the purposes and principles of the United Nations. The permanent members of the Security Council must also stop interfering in the work of the International Criminal Court, stop undermining its functions and politicize its decisions, and not use the cards of power they possess to dissuade the Court from performing its role in prosecuting criminals and achieving justice. 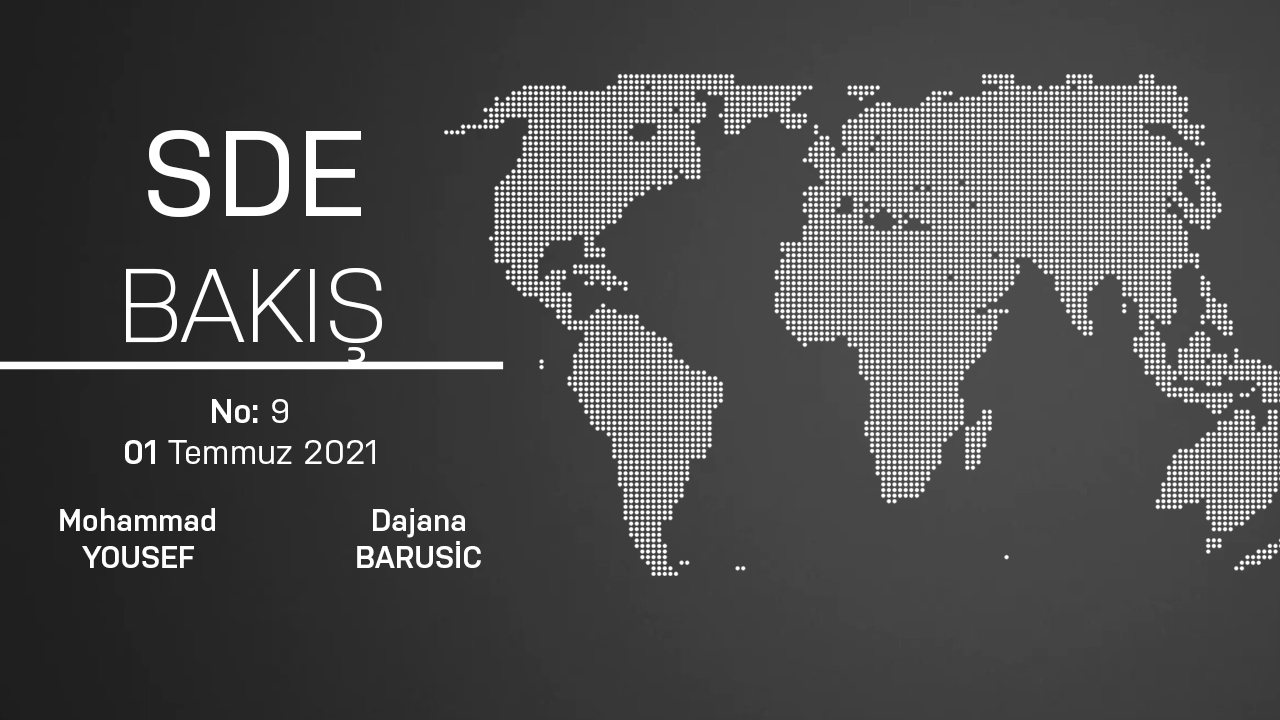 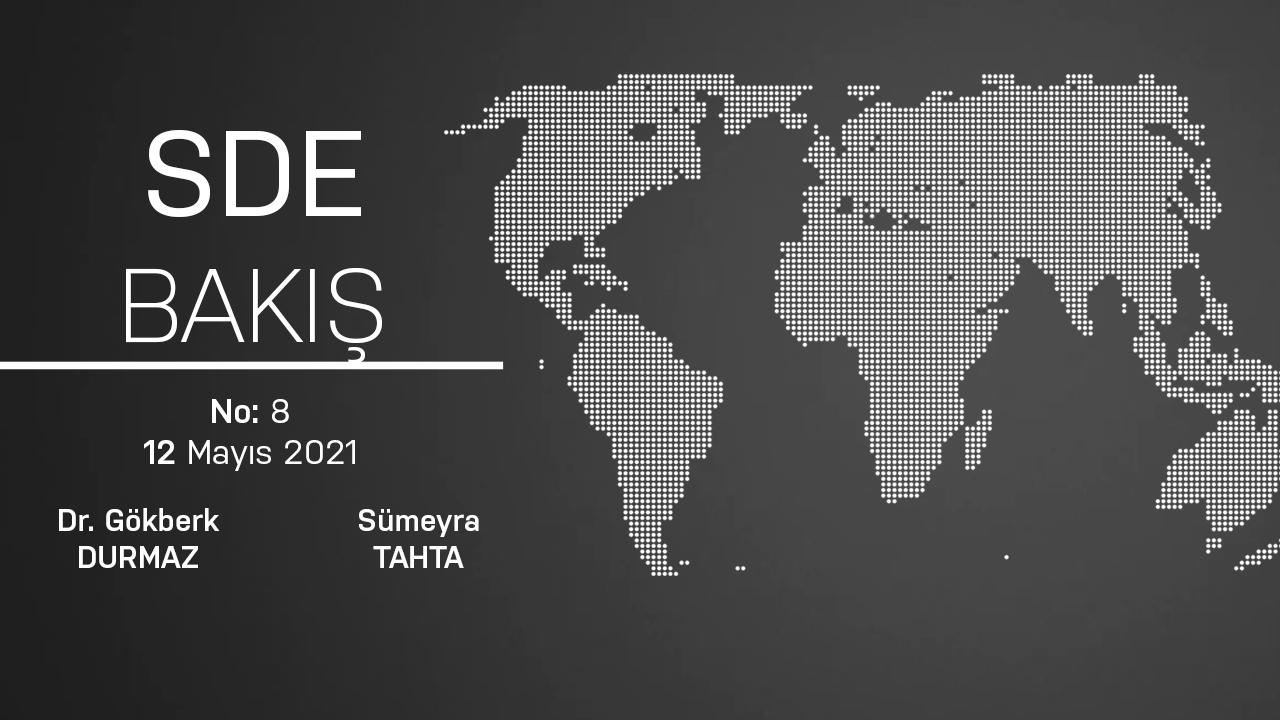 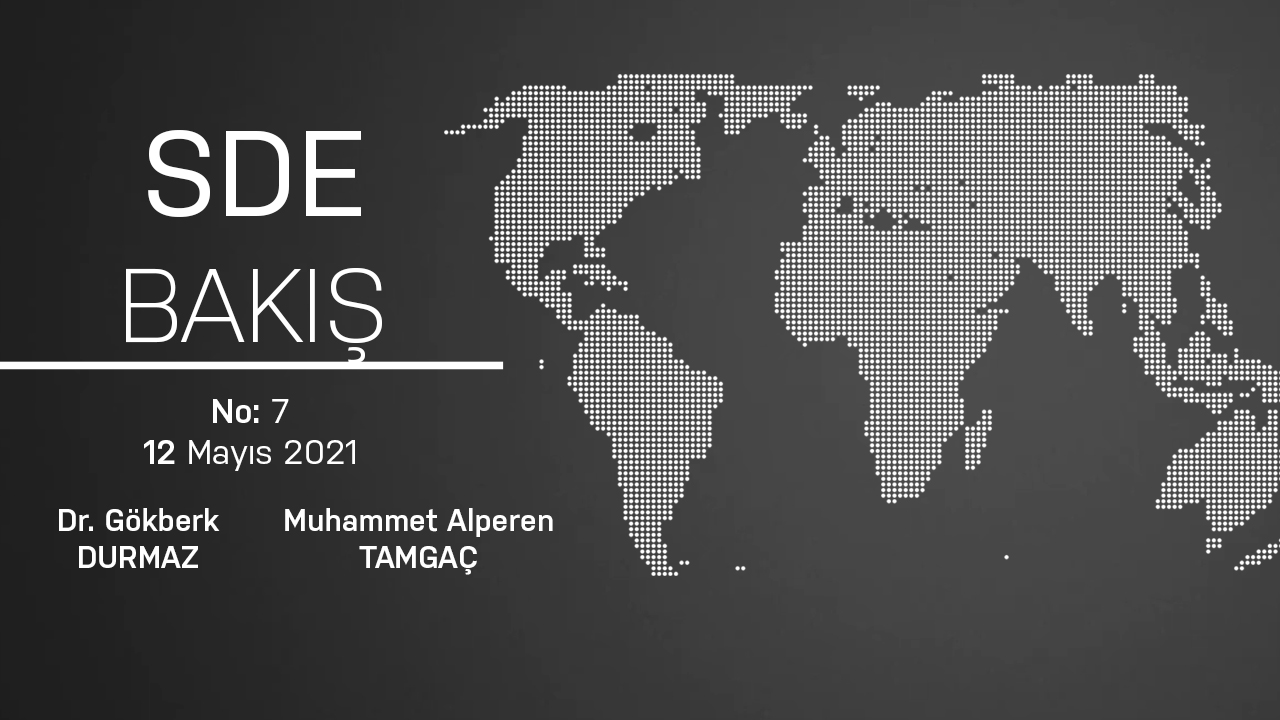 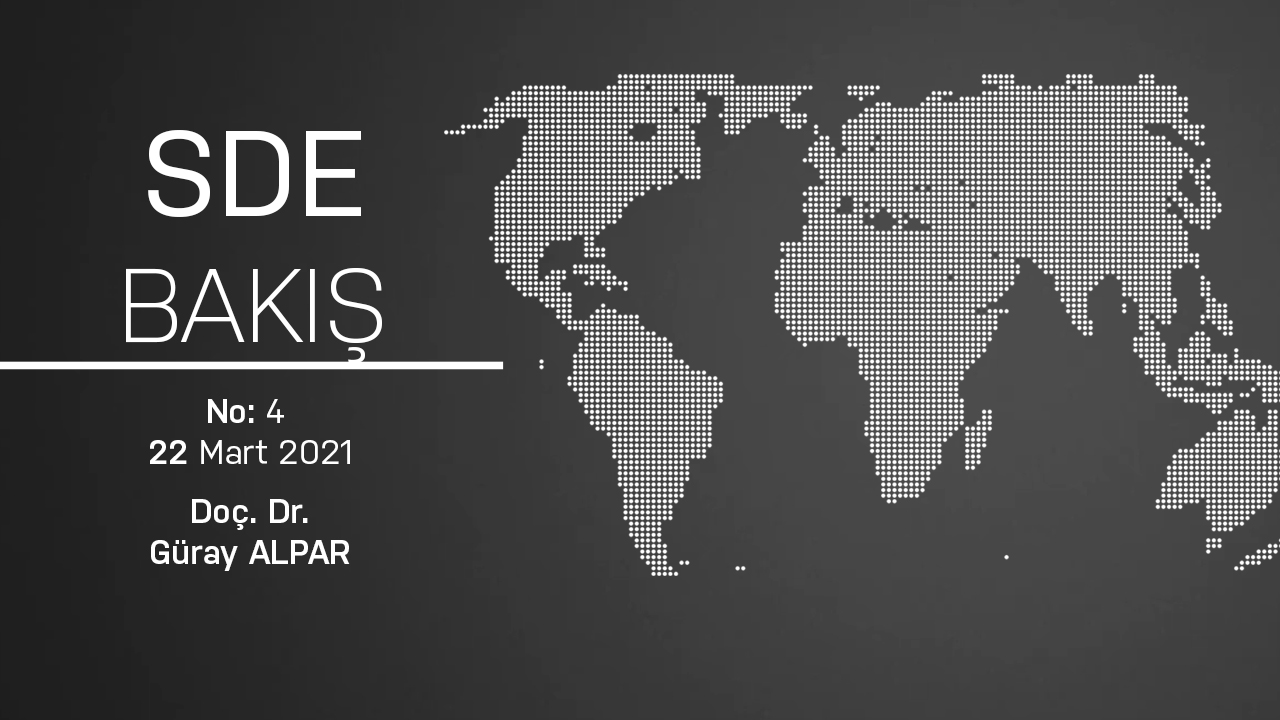 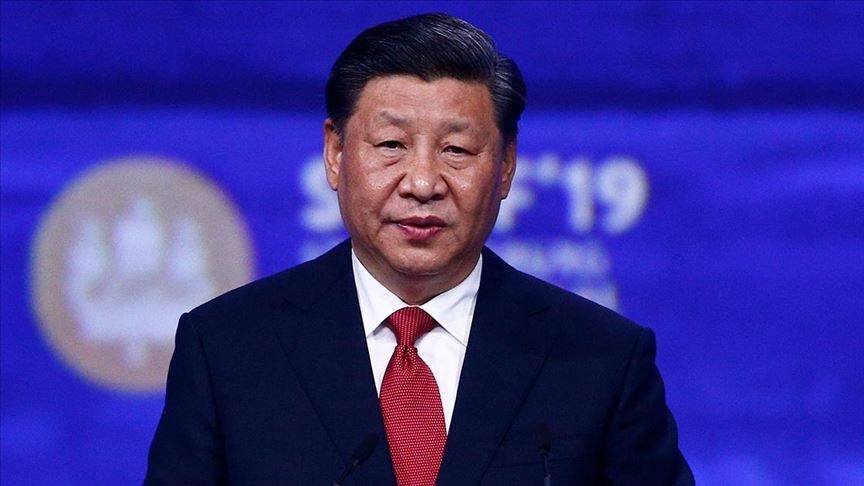 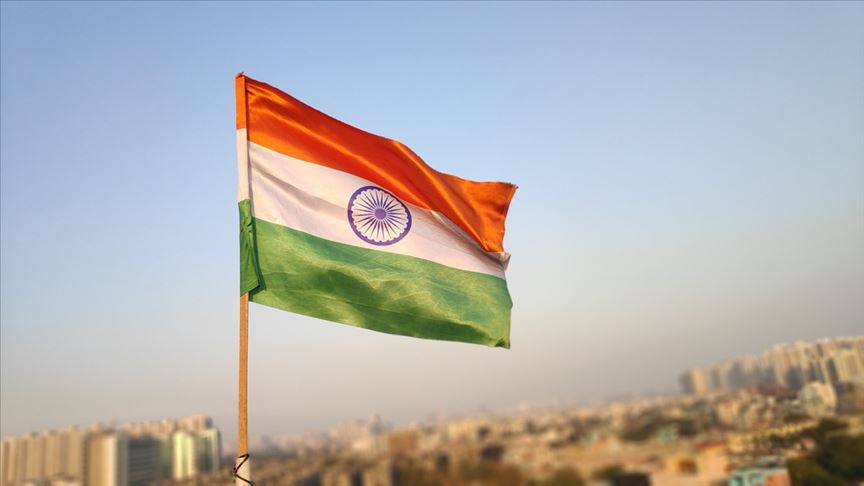 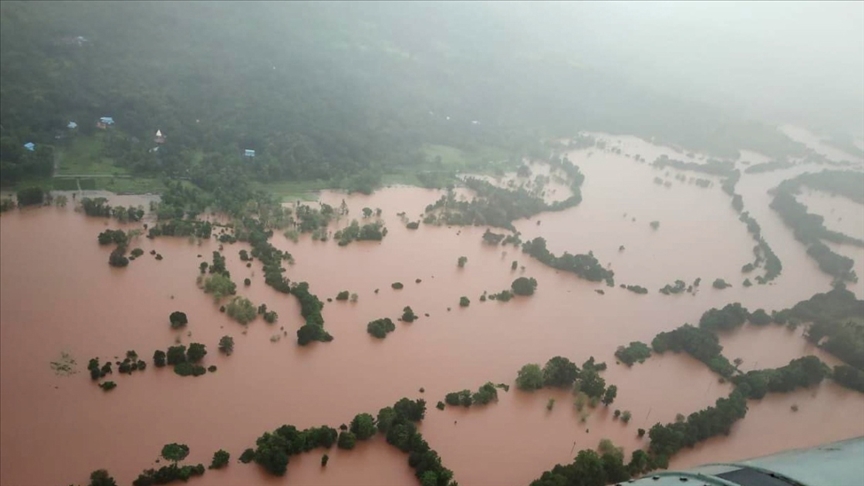 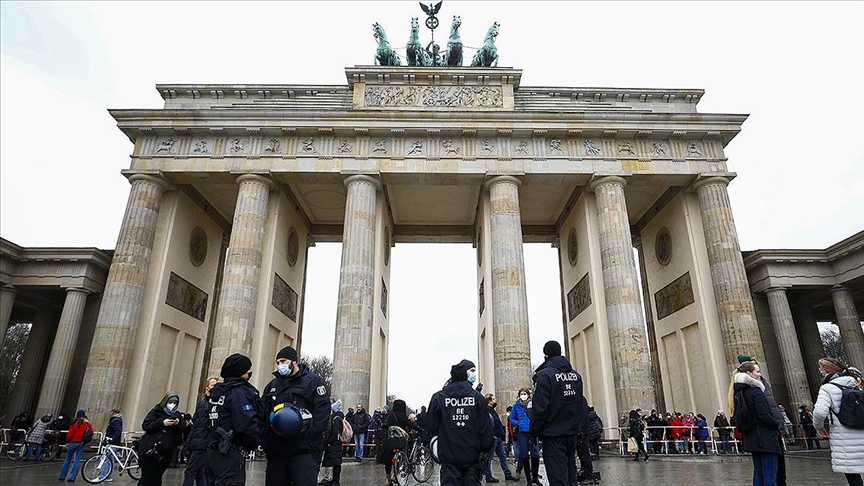