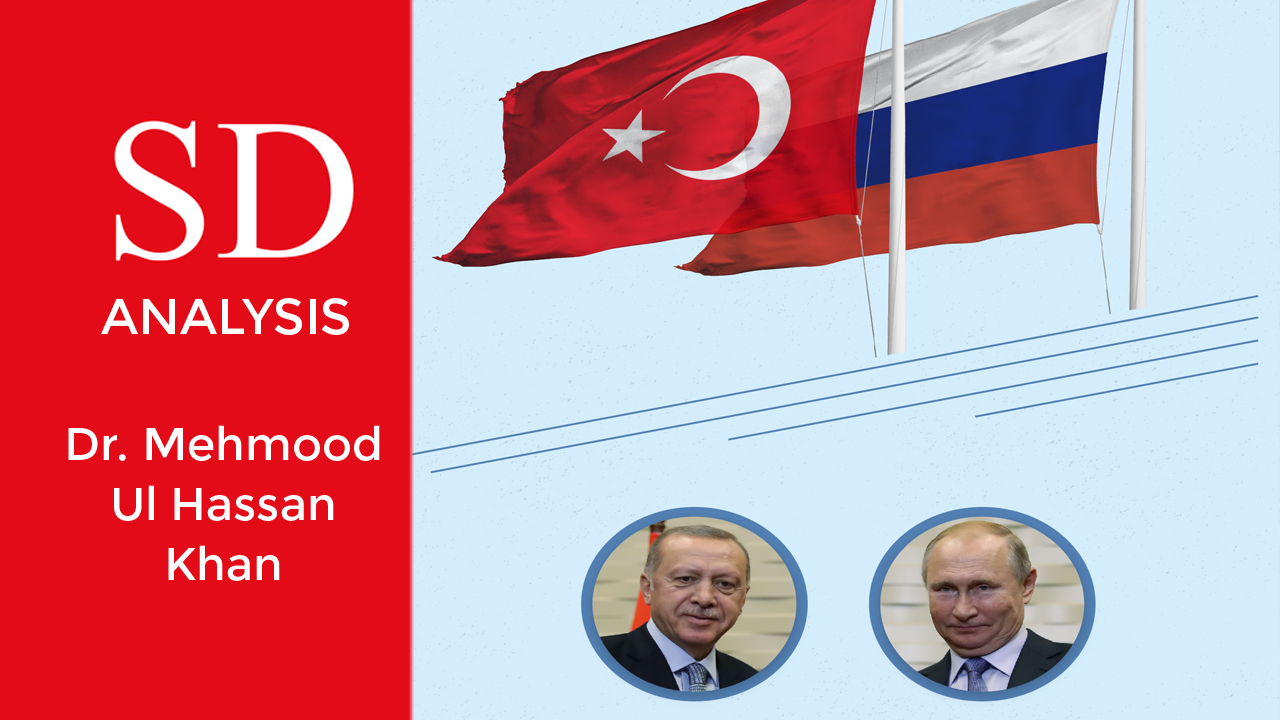 Turkey has now become center of gravity in the regional politics. From launching of “Operation Peace Spring” to “Sochi” agreement with Russia, Turkey has successfully defused the US unrealistic diplomatic and military pressure and subsequently, got replaced the “US kingship” in the regional power politics.

Signing of Sochi agreement between President of the Republic of Turkey, Recep Tayyip Erdogan and President of the Russian Federation, Vladimir Putin has bulldozed the US vested geopolitical and geostrategic interests in the regional politics and even shaken the myth of the NATO, the ultimate military force/platform for achieving regional stability. Now rules of engagement has been redrafted and implemented despite displeasure of the European Union, the Arab League, Iran, Saudi Arabia and many more.

Western media as usual tried its best to defame, the Turkish operation peace spring by labeling it interference into internal affairs of Syria having political motivations, undermining  of Syrian sovereignty, geographical division and grabbing of territorial stakes.

Western media also disseminated disinformation about Turkish military so called offences against civilian population in Syria. Indeed, it was the brainchild of their double standards, white-supremacy stigma and Islamao-phobia. Turkey is a responsive player of international engagements and regional cooperation. Not a single hospital, school, civil building was targeted during the operation peace spring as purposefully misreported by the Western media.

To clarify Western media and governments wrong notions about its operation peace spring, Turkish president Erdoğan even stressed, that the Operation Peace Spring was intended to protect the rights of the people of northern Syria, including Arabs, Kurds, Yazidis, Chaldeans, Syrians and Assyrians, and not to divide Syria. The Turkish Armed Forces, together with the Syrian National Army started the operation peace spring.

Turkish president Erdoğan fired back on almost all countries and international organizations that have denounced the Turkish operation. Erdoğan further asserted that Turkey’s “anti-terror operations” in northern Iraq and Syria, including Operation Peace Spring and Operation Claw in northern Iraq, will not target countries’ territorial integrity or sovereignty. During all its military operations, Turkey ensured its border security and the safe return of Syrians by clearing terrorist groups from the east of the Euphrates River (Operation Euphrates Shield) initiated in 2016.

Contrary to the Western hue and cry and untamed US wish-list Turkey defied the international diplomatic pressure and launched its operation peace spring to create a Syrian safe zone to be served as a home for displaced Syrians living in Turkey. It was started to prevent the YPG/PKK from forming a terrorist state within Syrian territory. It was conducted to further strengthen the territorial integrity and political unity of Syria.

In the near past, Turkey launched various military operations in the region mainly included operation Euphrates Shield, in which a force of Turkish-backed Syrian rebels took much ISIS territory but were not allowed to capture Raqqa from the Islamic State before the SDF did so. Years later, in operation Olive Branch, Turkish and allied rebel forces took Afrin canton from the YPG. Ultimate aim of the Turkish operation peace spring was to deny the PKK and its supporters a Syrian base and better to defeat the insurrection within its own borders.

To malign Turkish military operation peace spring the US finalized its agreement with the government of Turkey last week, but intentionally did not specify the zone’s size, where Turkey also plans to repatriate up to 2 million of its 3.6 million Syrian refugee population. Previous agreements between Washington and Ankara over a safe zone along the Syria-Turkish border floundered time and again over diverging definitions of the area miserably failed.

President Recep Tayyip Erdogan and Russian President Vladimir Putin signed a 10 point memorandum at the Black Sea resort of Sochi that is set to go into effect at midday Wednesday local time.

Under the deal, Russian military police and Syrian border guards will first facilitate the withdrawal of Syrian Kurdish forces from the Turkish border. Russians and Turks will then jointly patrol the area now occupied by the Turkish military. Russian military police and border guards from Syria will cross the over the Syrian side of the border with Turkey. At that point, the two forces will "facilitate the removal of YPG elements and their weapons," according to the memorandum.

The Turkish president, Recep Tayyip Erdoğan, and his Russian counterpart, Vladimir Putin, have now agreed on the parameters of a proposed Turkish “safe zone” in Syria, a development that could bring an end to Ankara’s military operation against Kurdish forces over the border by severely curtailing their control of the area.

The two leaders were locked in marathon talks for more than six hours in the Russian Black Sea city of Sochi, emerging just two hours before a five-day ceasefire brokered by the US expired at 10pm local time Erdoğan hailed the deal as “a historic agreement” while addressing reporters alongside Putin. “According to this agreement, Turkey and Russia will not allow any separatist agenda on Syrian territory,” he said.

Most recent developments have now concretely defined the size and scope of the area that Turkish soldiers will occupy, adding to pockets of northern Syria that Turkey seized from Islamic State and Kurdish fighters in operations in 2016 and 2018.

Most recently, President of the Republic of Turkey, Recep Tayyip Erdogan and President of the Russian Federation, Vladimir Putin agreed to reiterate their commitment to the preservation of the political unity and territorial integrity of Syria and the protection of national security of Turkey. Both the leaders emphasized their determination to combat terrorism in all forms and manifestations and to disrupt separatist agendas in the Syrian territory. Both the leaders assured maintenance of established status quo in the current Operation Peace Spring area covering Tel Abyad and Ras al-Ain with a depth of 32km. Both sides reaffirmed the importance of the Adana Agreement.

The Russian Federation will facilitate the implementation of the Adana Agreement in the current circumstances. Starting 12.00 noon of October 23, 2019, Russian military police and Syrian border guards will enter the Syrian side of the Turkish-Syrian border, outside the area of Operation Peace Spring, to facilitate the removal of YPG elements and their weapons to the depth of 30km from the Turkish-Syrian border, which should be finalized in 150 hours. At that moment, joint Russian-Turkish patrols will start in the west and the east of the area of Operation Peace Spring with a depth of 10km except Qamishli city.

Moreover, all YPG elements and their weapons will be removed from Manbij and Tal Rifat. Both sides will take necessary measures to prevent infiltrations of terrorist elements. Joint efforts will be launched to facilitate the return of refugees in a safe and voluntary manner. A joint monitoring and verification mechanism will be established to oversee and coordinate the implementation of this memorandum. The two sides will continue to work to find a lasting political solution to the Syrian conflict within Astana Mechanism and will support the activity of the Constitutional Committee.

Turkey’s en route from Syria to Sochi is widely perceived as good news for Ankara and a poor outcome for the Kurdish-led Syrian Democratic Forces (SDF), a subsidiary sponsored by the US in the region. The Sochi agreement has now cemented Moscow’s new role as prime powerbroker in the Middle East as US influence in the region wanes. Now there are new movers & shakers in the region in shape of Turkish and Russia. The chain of events triggered by Donald Trump’s 6 October announcement that US troops would leave Kurdish-controlled north-east Syria has left Moscow the most powerful player in Syria’s complex war, now in its ninth year. 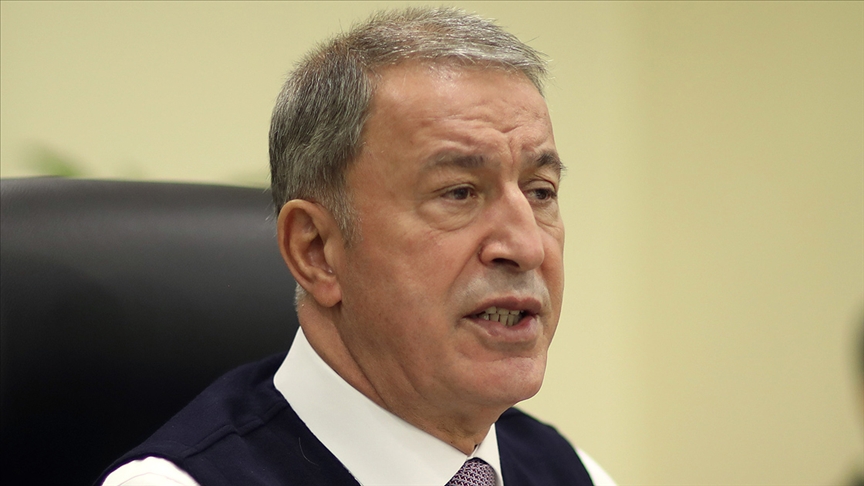 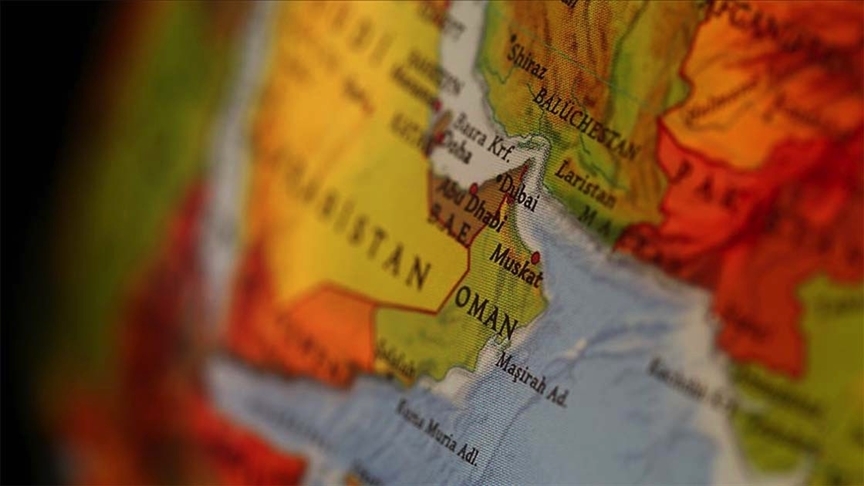