The President of the United Arab Emirates (UAE) HH Sheikh Khalifa bin Zayed Al Nahyan has declared 2019 the Year of Tolerance, highlighting the UAE as a “global capital” for acceptance through its legislative and policy goals. It is an extension of the “Year of Zayed” which upholds the values of tolerance and co-existence that the Founding Father, Sheikh Zayed, established among the people of the UAE. Now the UAE will be a “global coordinator” for cooperation within a new “Global Tolerance Alliance” to promote acceptance around the world.

Tolerance is a “cashable human trait” which gears “caravans of economic growth” from the “shores of recession to regression” and “instability to sustainability”. Tolerance is the “celebration of humanity” and “mother of economics of humanity”. It is a “social attribute” which greatly contributes in achieving higher rates of GDPs, GNPs, exports and the last but not the least, a qualitative life. It is indeed basic core of “prosperity of a nation”.  Tolerance is not just “good value” but “good economics”.

Being a prominent expert on UAE & GCC I, personally think it will be a “value addition” in its “national moral climate”. It will speed up all the interrelated actors of social development and moral consequences of economic growth in its country which will have even “positive regional multiplier effects”. It will enhance further economic expansion. It will foster greater opportunity, tolerance, social mobility and a concern for fairness. It will not transform humans, “slaves to growth” but maintains a strategic balance between “decency and development”, “pursuits of corporate profits and prophecies” of people.

World economic order has become disorder because of economic contraction, self-defeating trade protectionism and the political persecution of minorities. Nevertheless, the UAE has set a new model of economic sustainability which values respect of humanity, protects the rights of minorities and consolidates immense expansion of social development and social justice irrespective of religion, faith, color, caste and orientation.

It is indeed a first giant step against rising “Islamophobia” because we live in a complicated world of “mind society and behavior” where the role of psychology and social norms is paramount in promoting development. Moreover, humanity has had been at receiving end because of ongoing unwanted conspiratorial proxies in the Middle East, rise to rightest in most of the Europe and the US due to which elements of hatred and suspicion are flying high and viruses of bigotry and prejudice, and discrimination  have become monsters and dragons. Tolerance has now  become a social rarity and economic echo but thanks to leadership of the UAE which has again ploughed a seed of humanity in terms of tolerance which will flourish between  blights of extremism and populism.

A society’s development also depends on the social norms and mindsets of the people. There are cross-country studies that show that nations in which there’s a lot of trust among people do well economically. UAE is the “champion of humanity” and newly announced policy of tolerance and celebration of 2019 as year of tolerance will definitely enhance its role in the region as well as consolidates its macro-economy in the days to come.

In November 2018 a World Tolerance Summit was held in Dubai which attracted regional leaders and national figures. It is one of the most important attributes that we can impact on Emirati people and the global community to ensure the safety, stability and happiness of peoples across the world. By announcing 2019 the year of tolerance the UAE has become of “New Capital of co-existence and meeting of civilisations”. Sheikh Mohammed bin Rashid Al Maktoum has termed tolerance the “cornerstone of advanced societies”, intellectually and humanely. Tolerance is one of the tools of empowering civilisations and ensuring stability and flourishing of nations he further added.

Sheikh Nahyan bin Mubarak the minister of tolerance while speaking to “The National” has highlighted the importance of UAE tolerance policy which will promote peaceful coexistence and an open, respectful dialogue among the country’s diverse population.

"Our focus should always be on bringing down the walls of misunderstanding and reviving the traditions of tolerance and useful exchange of ideas and concerns,” he said. UAE’s tolerance policy is based on peace, security and prosperity. The Year of Tolerance will make a strong start with a landmark visit to Abu Dhabi from Pope Francis scheduled in February 2019 the pontiff’s first trip to the Gulf.

UAE has been champion of peaceful coexistence and harmonious integration since its inception. Tolerance has since become institutionalised in UAE legislation with the anti-discrimination law and in schools where young men and women are being trained to become “Champions of Tolerance”.

UAE enshrined in a federal law, designed to end “discrimination against individuals or groups based on religion, caste, doctrine, race, colour or ethnic origin” in 2015. Now UAE is the only country in the world which “ministers of tolerance and happiness”, a unique combination of humanity and development. It has successfully enforced the nation’s commitment to eradicating ideological, cultural and religious bigotry. The UAE also launched “National Programme for Tolerance” in 2016. Sectarian, ideological, cultural and religious bigotry only fuel the fires of rage and UAE policy of tolerance and declaration of 2019 the year of tolerance has established “wall of humanity, mercy and forgiveness” against horrendous crimes of genocide, ethnic cleansing, exploitation of weaker factions of the society and minorities etc.

Tolerance is not a weakness as said by the late US President John F Kennedy. Rather it is a respect to “diversity of humanity” and cares of “wonders of humanity”. UAE is home of more than 200 different nationalities and cultures which is itself a “human miracle”.  In this context, a tolerance committee has been formed, organising initiatives and developing legislation to further peaceful coexistence in the UAE and beyond. The committee will be chaired by Sheikh Abdullah bin Zayed, Minister of Foreign Affairs and International Cooperation. Its members include an array of ministers and officials as well as media personalities, artists and business leaders.

The tolerance committee has seven main pillars which includes, tolerance in community, education, workplace, culture, promotion of UAE model of tolerance, legislation and of course media.

United Arab Emirates announced its national strategy of tolerance in 2016. It was a giant leap towards further societal cohesion, co-existence, peace and harmony in the country. It shunned any kind of racial, class, sectoral prejudice in the country. It provided equal rights to its citizens. It further strengthened the UAE’s golden traditions of brotherhood, forgiveness, accommodation and above all respect of humanity. It ultimately stood for social justice.

Middle East region is now passing through a difficult time because of so many conflicting issues and trends relating to political supremacy, faith orientation, sect domination, geographical compulsion and above all economic gains/dividends. In the region, ethics and respect of humanity has been badly violated to gain line share at any cost. Tolerance has reached to deadly zero level. In this era of societal inflexibility and faith marginalization, the UAE national strategy of tolerance is “ray of hope”.

It aimed to develop policies to promote tolerance locally, regionally and internationally. The programme also established a “UAE Tolerance Centre”, aimed at creating and disseminating scientific approach to resolve any issue.

It was a comprehensive strategy to promote peace, harmony and brotherhood through the different policies of tolerance. It definitely shunned elements of hatred, discrimination, prejudice and partiality in the country. It promoted openness, equality and above all true spirits of Islam in the country, region and beyond.

UAE announced its well prepared and documented “National Strategy of Tolerance” which showed its visionary leadership’s strong political will to fight against terrorism and extremism by promoting spirits of tolerance. UAE’s tolerance policy was/is based on peace, co-existence and harmony. It stands of equality, social justice and brotherhood. It is anti-discrimination. It is anti-hatred and prejudice. It promotes togetherness and shuns otherness. It stands for collective wisdom and further strengthening of UAE family values.

It respects humanity. It shuns all kinds of discriminations in the society which is not even good for the country but also for the region and world alike. It supports multiculturalism, and universalism in the country. It is pro-development and anti to all disastrous issues and trends born out of prejudice and discrimination.

UAE National Strategy of Tolerance outlines different policies and programs which provide a “national narrative” against terrorism and extremism in the country. It has all answers to all those conflicting realities spreading like a wildfire in and around the region about disintegration and discrimination.

UAE is the symbol of peace and hub of tolerance in all respects. It has pioneering role in promoting tolerance, peace and coexistence led by President His Highness Sheikh Khalifa bin Zayed Al Nahyan. Declaration of 2019 the year of tolerance will produce x-factor in removing all wrong notions against Islam. It will be a new “charter of humanity” and of course “social development”. 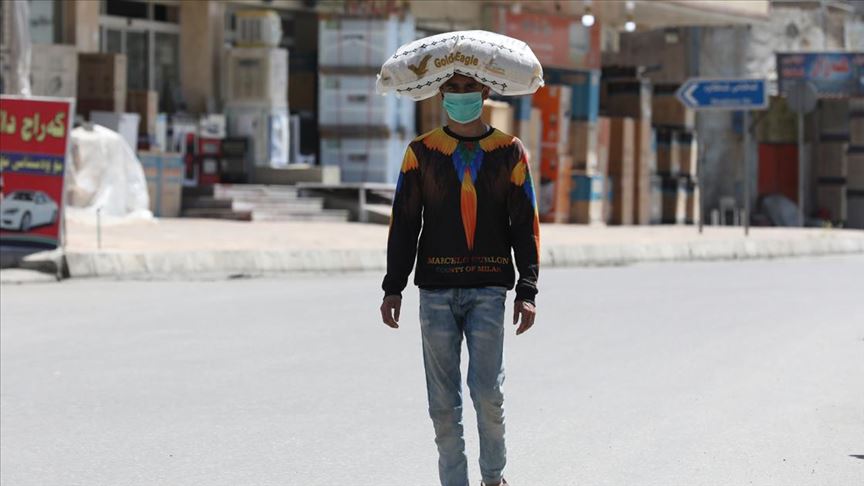 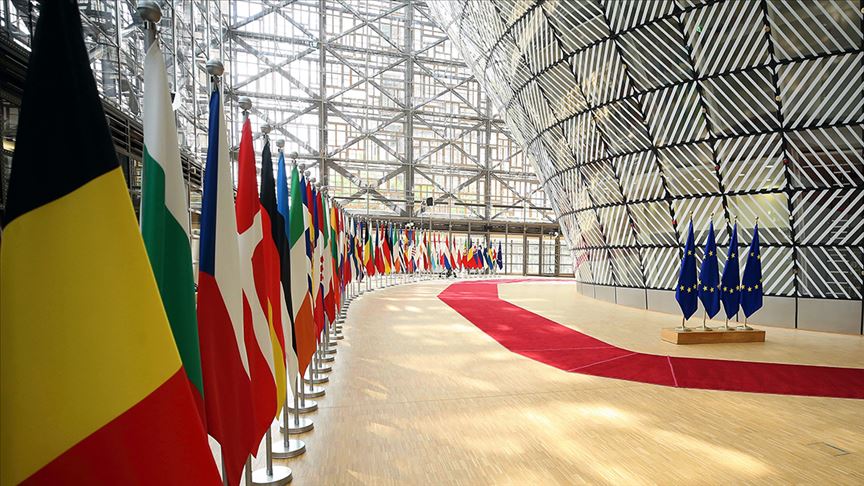 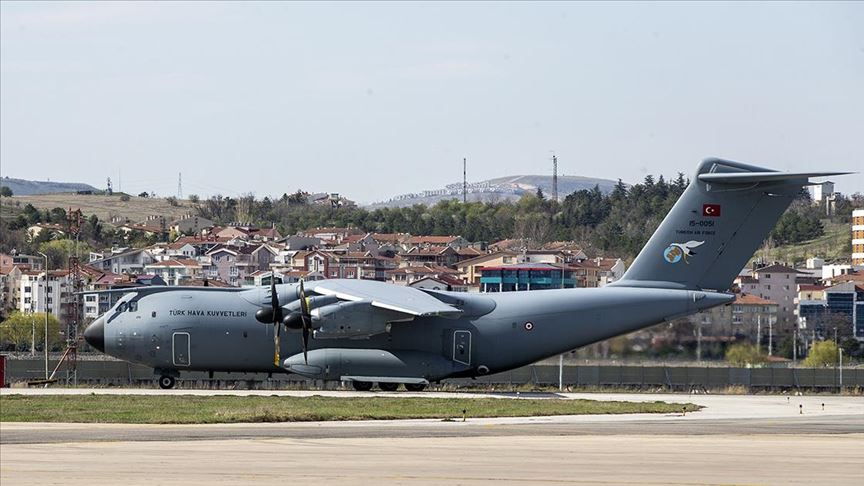 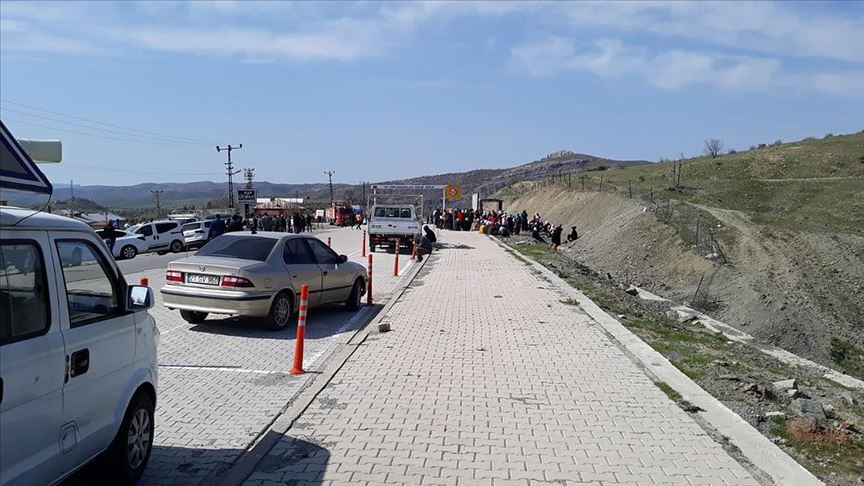