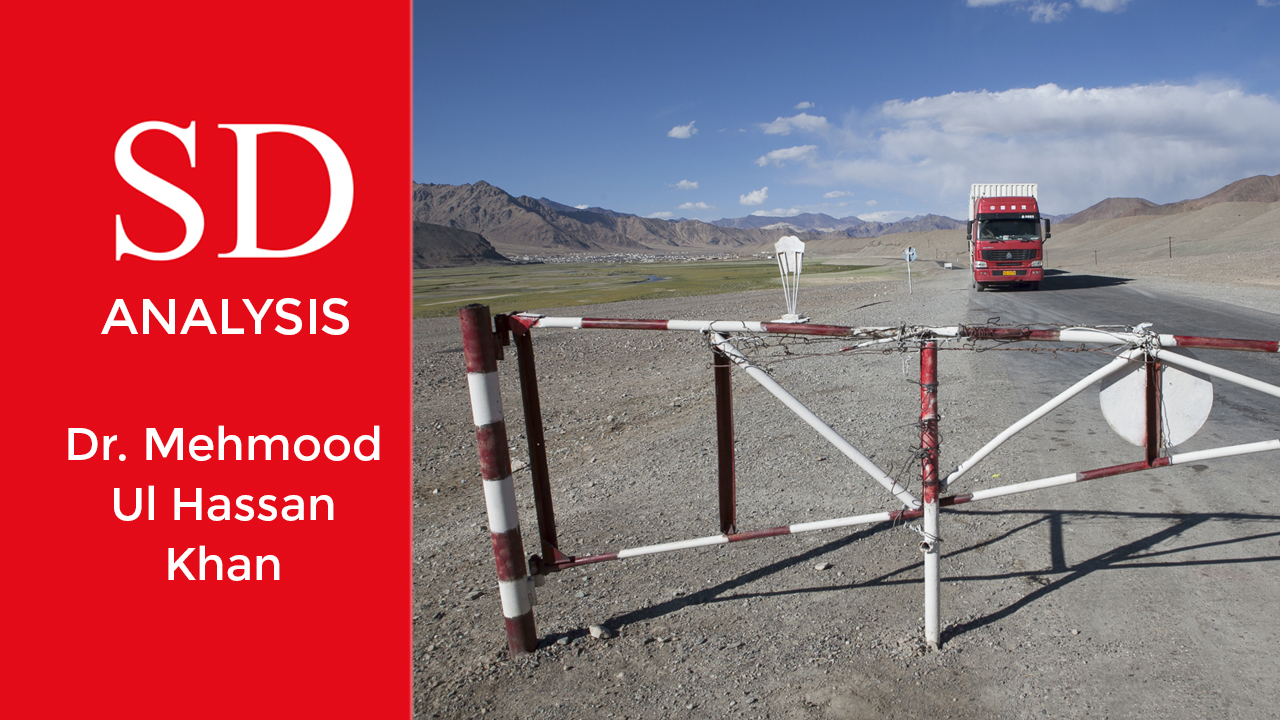 Economics of Shanghai Cooperation Organization (SCO) is versatile, dynamic, diversified and huge in terms of collective GDPs, GNPs, population and above all human capitals. It consists of eight countries China, India, Kazakhstan, Kyrgyzstan, Pakistan, Russia, Tajikistan, and Uzbekistan. There are four observer states and six dialogue partners too. The SCO member states covered nearly half of the world's population and more than 60 percent of the Eurasian landmass, and their combined GDP accounts for more than 20 percent of the global total.

The main aims of SCO are to fight terrorism, separatism and extremism, engage in energy partnerships; engage in economic, scientific, and cultural partnerships and foster stability and safety.  Most recently Tajikistan held the 17th meeting of the SCO Council of Heads of Government in its Dushanbe with a pledge to protect multilateralism and free trade. It was presided by Tajik PM H.E. Qohir Rasoulzoda.

The joint declaration showed strong political commitment of all the members’ states to consolidate multilateral trade system and fight against unilateralism and trade protectionism in any form.  All states also stressed the need of greater trade facilitation and investment. During his speech Chinese Premier Li Keqiang called on SCO countries to conduct feasibility studies for the establishment of an SCO free trade area, and the development of institutional arrangements for closer regional economic cooperation.

The joint declaration showed great concerns and displeasure about the situation in the fragile world economy, incidents of anti-globalization, rise to protectionism, and continuing decline in the pace of development, volatility of financial markets, as well as other challenges in international trade. Moreover, international terrorism, the aggravation of conflict situations in a number of regions, as well as epidemics, climate change, and natural disasters were also tagged as serious threats to development and global economy.

The Heads of delegation also upheld their continued commitment to achieve the goals and objectives enshrined in the SCO Charter, the further implementation of the SCO Development Strategy until 2025 in order to deepen and expand cooperation in the field of politics, security and trade, promoting the construction of a new type of international relations based on mutual respect, justice, equality and mutually beneficial cooperation, as well as the formation of a common vision of the idea of creating a community of a common destiny of mankind.

They all stressed the need for the SCO to adopt joint effective measures in the field of economic cooperation, which is an important part of ensuring socio-economic development and stability in the SCO space.

They advocated facilitating the creation of an enabling environment for trade and investment with a view to the progressive realization of the free movement of goods, capital, services and technology, as envisaged by the SCO Charter.

The Heads of delegation ensured the implementation of the Joint Statement of the heads of SCO Member States on trade facilitation (Qingdao, 10 June 2018), continuing to discuss approaches to solving the problem of trade facilitation in the region, taking into account the importance of joining efforts in supporting and strengthening the multilateral trading system, based on the norms and principles of the WTO.

The joint declaration recognized the important role of E-commerce in promoting economic and trade growth, as well as in improving industrial sectors. They showed their willingness to deepen exchanges and cooperation in this area.

The Heads of delegation showed their full support for the Belt and Road Initiative (BRI) of the People's Republic of China. Moreover, by highlighting the strategic importance of the BRI and its associated immense socio-economic dividends, the Heads of the delegation of the Republic of Kazakhstan, the Kyrgyz Republic, the Islamic Republic of Pakistan, the Russian Federation, the Republic of Tajikistan and the Republic of Uzbekistan, noted the efforts taken towards its joint implementation, including efforts to interlink project of the Eurasian Economic Union and the BRI and advocated the use of the potential of the countries of the region, international organizations and multilateral associations to create a broad, open, mutually beneficial and equal partnership in the SCO space.

They all believed that the development of a single effective transit system, including electronic document flow, guarantee mechanisms and the ability to monitor the movement of goods, can play a contributory role in the further development and rigorous implementation of the BRI.

The Heads of delegation welcomed the results of the International Conference "Central Asia in the system of international transport corridors: strategic prospects and unrealized opportunities" (Tashkent, 20-21 September 2018) as an important contribution to promote multilateral dialogue on the formation and development of transport corridors in the SCO Region.

They underlined the importance of existing and under construction energy infrastructure facilities in the region, including hydropower facilities to achieve sustainable development goals, and expressed their readiness to increase cooperation in this area.

The joint declaration appreciated the significant role of SCO Business Council and SCO Interbank Consortium in the interaction of business and financial circles of the SCO Member States for the development of business, trade and investment cooperation in the SCO space, including by attracting the potential of Observer States and Dialog Partners. Furthermore, the Head of delegation gave a positive assessment to the accession of "Habib Bank Ltd." of Pakistan to the SCO Interbank Consortium and continuation of the process of increasing number of the participants of the Consortium.

The Heads of delegation also welcomed the establishment of the Silk Road University of Tourism in Samarkand and called for the establishment of cooperation between the University and interested higher education institutions as well as relevant structures of the SCO Member States. The next meeting of the SCO Council of the Heads of Government will be held in 2019 in Uzbekistan.

During the meeting in Dushanbe, many leaders, including Russia's Prime Minister Dmitry Medvedev, strongly condemned the trade protectionism, unilateral sanctions, and political blackmailing being done by certain countries. China's Premier Li Keqiang called on SCO countries to conduct feasibility studies for the establishment of an SCO free trade area, and the development of institutional arrangements for closer regional economic cooperation. Joint declaration reflected the SCO's growing role in the fight against trade protectionism and the defense of multilateralism.

Tajikistan being an active member of the SCO shared a great deal of political trust and regarded economic development and the improvement of people's livelihood as priorities, and it has a strong desire to cooperate with all the SCO member states. It is staunched supporter of free trade and regional cooperation under the umbrella of the SCO. Tajikistan shared close trading relationships with the SCO states especially China, Russia, Uzbekistan, Turkmenistan and Kazakhstan. Tajikistan stands for mutual trade and investment which should be expanded in scale, enlarging in scope, and has the potential for even greater regional cooperation. Moreover, being member of World Trade Organization (WTO) Tajikistan shares similar trading rules which provide it much of the common ground to be needed to develop a multilateral trading system.

Tajikistan’s believes in bilateral or multilateral regional economic and trade cooperation mechanisms established among SCO member states have laid a foundation for them to explore the potential of an SCO free trade zone. It acknowledges supportive role the SCO summit in the further socio-economic integration of the Eurasian Economic Union and development of the Silk Road Economic Belt which would open up new prospects for regional economic cooperation, including a free trade zone.

The 17th SCO meeting in Tajikistan has opened a new chapter of regionalism, greater socio-economic integration, regional connectivity, sense of security owing to which it appears that global order is being sliding from West to East. It has become a pioneer in the rise of non-Western arenas for global governance, and even a new paradigm of international relations. It is working for reconfiguration of the geopolitical landscape and a shift toward a multipolar world. The joint declaration is a comprehensive jumble of easily shared positions: mutual cooperation, peaceful settlement of disputes, anti-terrorism.

Foreign Minister Shah Mehmood Qureshi participated in the 17th SCO meeting in Tajikistan. During his speech Pakistan expressed its readiness to work with regional countries under the umbrella of SCO to eliminate the threat of terrorism.

The 17th meeting of the SCO Council of Heads of Government has resulted in signing twelve documents, including 10 decisions of the Council and two interagency cooperation documents.

According to the agency for statistics under the President of the Republic of Tajikistan, its GDP for (January-September 2018) has surpassed 47.5 billion somoni (more than $ 5 billion), which is 7 percent more than in the same period last year. Agriculture holds the first position in the structure of GDP 18.6 percent. Industry, including energy, accounts for 17.2 percent of GDP produced in the first nine months of 2018. Moreover, Trade, car repairs, hotels and restaurants occupy 14.9 percent of GDP, transport, communications and warehousing 11.6 percent and taxes 11.3 percent. Last year, the GDP growth of the Tajik economy was 7.1 percent. This year, the government expects growth of 7 percent. IMF, ADB and the Eurasian Development Bank forecast Tajikistan to maintain a high level of economic activity until the end of the year. They all believe that the growth of 7.1 percent is expected in the republic.

The government of Tajikistan intends to turn agrarian Tajikistan into a developed industrial state. For this, it is planned to increase industrial and energy capacities, reducing the dependence of the country's economy on agriculture and platform of the SCO would provide it befitting propositions to achieve the desired goals of socio-economic prosperity and sustainable growth in the days to come. 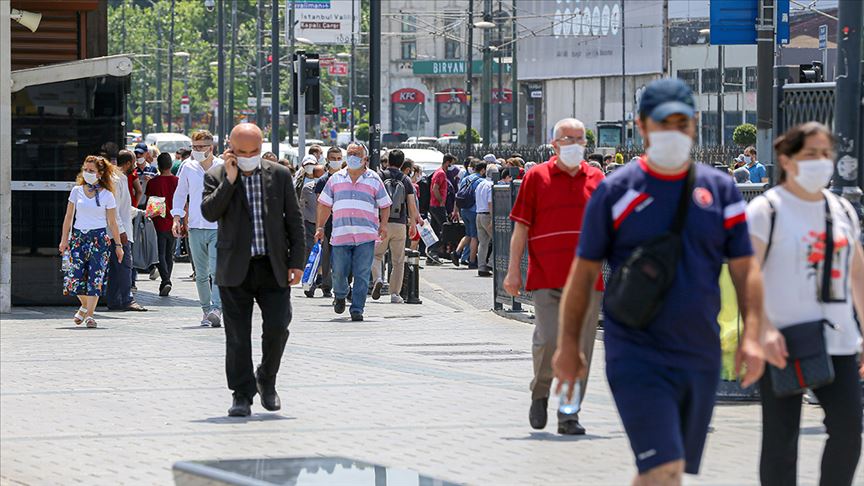