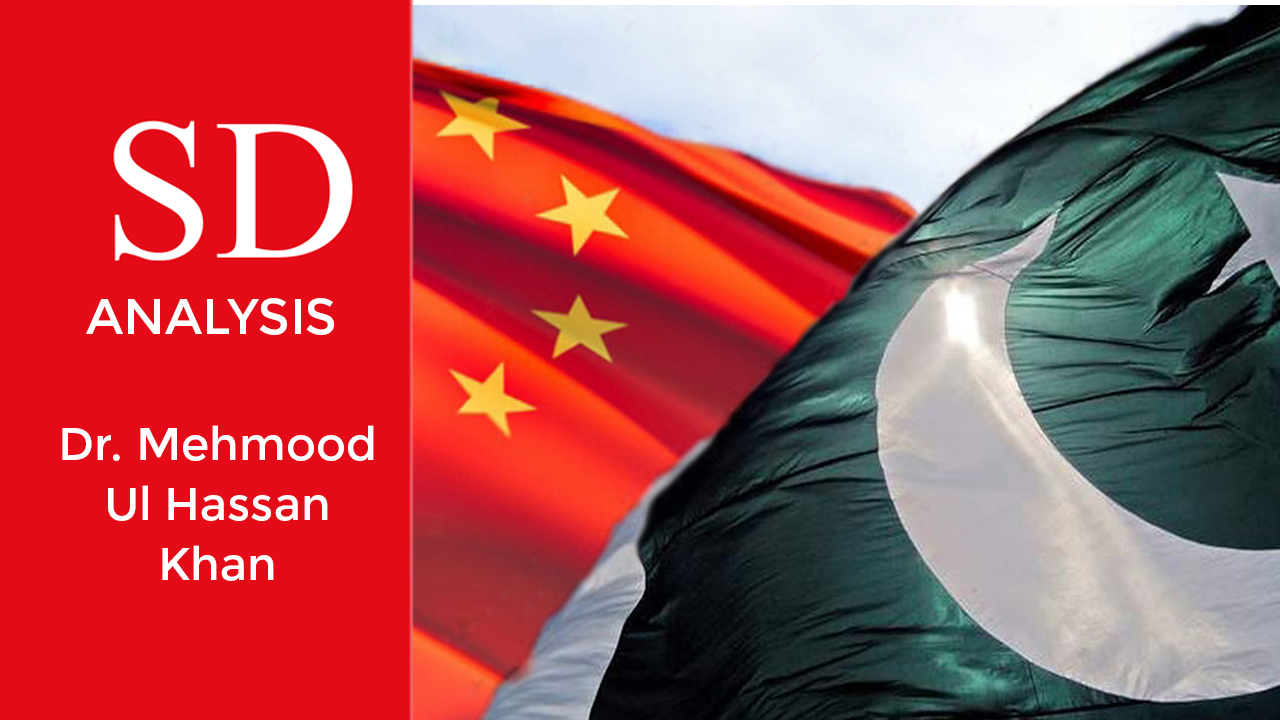 Pakistan, which is a strategic partner of China strongly rejected Financial Times (FT)’ China Pakistan Economic Corridor (CPEC) report and is resolved to expand cooperation in the diversified fields of mutual interest. Financial Times (FT) had alleged that Pakistan was looking to renegotiate its position in Beijing's Belt-Road Initiative (BRI).

The controversy surfaced when adviser for Commerce, Textile, Industry and Production, and Investment Abdul Razak Dawood said during his interview with Financial Times, Pakistan "should put everything on hold for a year (CPEC) so we can get our act together”. He was also of the opinion to receive taxes from the Chinese companies engaged with the ongoing CPEC projects in the country. It has created comparative advantage in favour of Chinese companies, he further added. Now Abdul Razak Dawood and ministry of Commerce, Textile, Industry and Production, and Investment flatly disproved claims of Financial Times and termed it misreported and out of the context.  He reiterated that CPEC is a "national priority for the new government.

Moreover, Chinese embassy in Islamabad said there was a "firm consensus between China and Pakistan that CPEC is a mutually beneficial project and both governments will carry it forward according to the needs of Pakistan". It called the FT article "ill-intentioned" and "based on distorted and misquoted information."

Most recently, Chinese Foreign Minister Wang Yi's visited Pakistan to show his country support and commitment towards the good cause of new government. He stated that the China-Pakistan Economic Corridor (CPEC) "has not inflicted a debt burden on Pakistan. When these projects get completed and enter into operation, they will unleash huge economic benefits.” On its part, foreign minister of Pakistan Shah Mehmood Qureshi said it would continue to accord top priority to the China-Pakistan Economic Corridor (CPEC). He further noted that his government saw it as a significant project for the socioeconomic development of the country.  Meanwhile the opposition parties strongly criticized statement of Abdul Razak Dawood and termed fatal for Pak-China strategic partnership and of course ongoing projects of the CPEC.

Now, it is deemed better for both Pakistan and China to sit together and chalk out further terms of reference (TORs) especially on the CPEC. Most of the prominent national economists suspect about the true nature of its terms of engagement, mechanism/provision of transfer of technology, composition of Foreign Direct Investments (FDIs) and debts and, last but not least, terms of rescheduling and repayments are also not transparent. Being an expert on Pak-China affairs, I personally think that there are some grey areas in the ongoing CPEC mantra in terms of security, employment of local skilled and unskilled labour/engineers, allegedly rights of Chinese ownership and operations to all the ongoing energy projects in the country.

New government in Pakistan is committed to continue CPEC, which is a game and fate changer for the country and the rest of the region. China is arguably Pakistan’s most important neighbour and has been a consistent friend through the decades. But now it is important for both countries that things be crystal clear and leave no ambiguity. Moreover, vested interests of Pakistan must be protected in any case.

Local businessmen and industries fear about providing “unequal playing fields” in case of the CPEC. CPEC would be more productive and meaningful by using a “collaborative approach” and including of all stakeholders. Inclusion of local businessmen and industries would also play vital role in the development of CPEC, which needs to be rectified as soon as possible. Development of local industries of construction, banking, services, information and technology, engineering, transportations and above all human resources can also be channelized in the right direction. It would develop entrepreneurship in the ranks of local businessmen and investors. It would generate favourable conditions for local industries and humans to get trained and modernized.

CPEC is a combination of mega projects of energy, development of associated industries, infrastructure, communications, transportations, massive industrialization and, last but not least, national and regional connectivity beyond borders.

Being an  expert on Pak-China affairs, I personally think that mix of ongoing energy projects are very limited and tilled towards coal, diesel and solar. There should be a strategic balance of energy production and channelization of available resources in the country. Hydro production/energy projects, joint ventures of solar energies and green energies must be national priority to re-negotiate CPEC. Moreover, most advanced technology of solar production, which even generates energy at night and is changing the lives of far-flung areas of rural China, needs to be pursued under the re-negotiated CPEC. Wind energy may be another profitable proposition for the Chinese companies to work in interior Sindh, Baluchistan and some selected sites Punjab near Jhelum, Kharian and Lalamusa to be included in the re-negotiated CPEC.

If there is some burden of debts in shape of CPEC, it needs to be rescheduled and restructured. New government must draw out concrete plan for its repayments. Ideally it should be repaid after its handing over to Pakistan with reasonable grace period and Chinese government and private companies can charge their debts through production and selling of energy supplies to domestic consumers.

There is an urgent need to re-negotiate the terms of engagement, transfer of technology and consumption of domestic human resources in the ongoing CPEC project in the country. There is also an urgent need to implement concept of food and water security along with the development of CPEC. Mega projects of clean drinking water and corporate farming would be ideal combination for the success of the CPEC in the country.

New Chinese technology is expected to convert part of a desert in the Middle East into arable land, which will also serve countries along the Belt and Road route. The technology, called "desert soilization" mixes sand with a special solution obtained from plant extracts "which endows sand with the ability to store water, nutrients and air, and the ability to breed microorganisms as arable soil does. It may be use to cultivate desert grass, vegetables and shrubbery. Desertification is expanding at a speed of 50,000 to 70,000 square kilometers globally every year and Pakistan is not an exception. Policy makers of Pakistan should also request for that kind of facility in Cholistan and Thar Deserts converting sand into profitable agricultural commodity and changing the lives of marginalized communities.

While Chinese foreign minister is still in the country, both sides expressed their convergence that social economic development will be an important area under CPEC cooperation between Pakistan and China. The Chinese minister too reaffirmed Beijing’s commitment to the relationship. He said that Pakistan would always be a priority for China in its foreign policy. Pakistan being China’s ‘iron brother’ and strategic partner served as an anchor for regional peace and stability. China will work with Pakistan to “prioritise CPEC projects so as to benefit all regions of Pakistan,” said the Chinese Foreign minister.

CPEC is a mega project amounting to US$60 billion. It would revolutionize industries and humanities. It would achieve greater socio-economic prosperity, regional connectivity and above all shared human survival in the days to come. Twenty-two projects have been undertaken as part of the CPEC, out of which nine have been completed while 13 are in progress. CPEC is helping increase growth rate of Pakistani economy by 1-2 per cent every year, in addition to creating around 70,000 jobs.

Federal Minister for Planning, Development and Reform Makhdoom Khusro Bakhtiar had a meaningful meeting with Ning Jizhe, the vice-chairman of National Development and Reform Commission of China during which both the countries agreed to formally invite “third-country” investors to be part of the $60 billion China-Pakistan Economic Corridor and add social sector and regional development schemes to the existing portfolio of CPEC projects.

Beijing wanted involvement in the upcoming special economic zones (SEZs) of countries friendly to both Pakistan and China because it wished to steer clear of adverse criticism, particularly from the US and India, about possibility of secretive deals that “remain beyond public eye”. It is hoped that Central Asian, European and other countries including Turkey, Russia and Saudi Arabia may invest in the nine SEZs proposed. In this connection, Chinese companies’ investments at Gwadar need to be redefined and redrafted. Gwadar would be re-prioritised as a centre of industries for export markets where other countries could invest alone or in partnership with Pakistan or China, to take advantage of the city’s trans-shipment potential and location apart from the free-zone incentives it offered.

It is strongly recommended that social projects should also be part of the re-negotiated CPEC. Clean drinking water, health, education and technical training must be part of re-negotiated CPEC, which can be achieved by making some changes in the seven central pillars of the CPEC’s Long Term Plan. Issues of Rashakai or Hattar SEZ in the first phase of industrial cooperation must be resolved as soon as possible.

The New government of Pakistan Tehreek-e-Insaf (PTI) has reaffirmed its commitment to the CPEC, which is gateway to greater regional connectivity and massive industrialization. As an icon of the Belt and Road Initiative,” CPEC is also an engine of rapid growth for Pakistan and a manifestation of the strong Pak-China relations that will continue to promote inclusiveness, but its grey areas must be turned into green to befit the proposition of Pakistan and China. 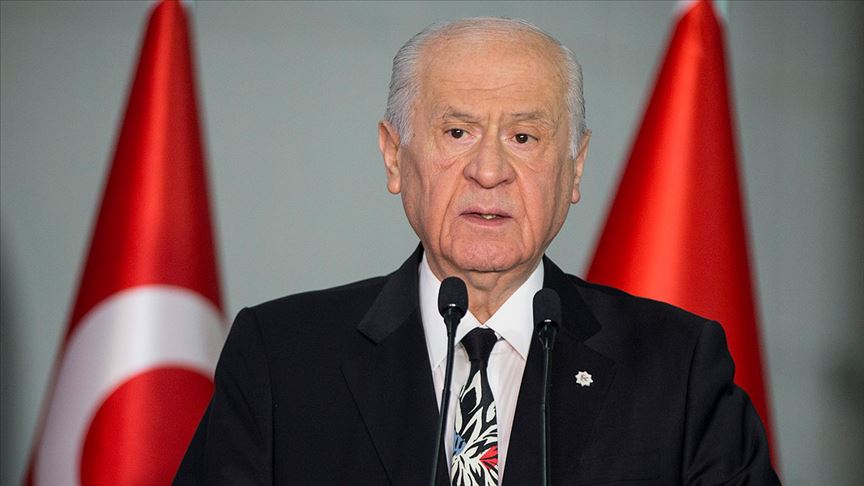 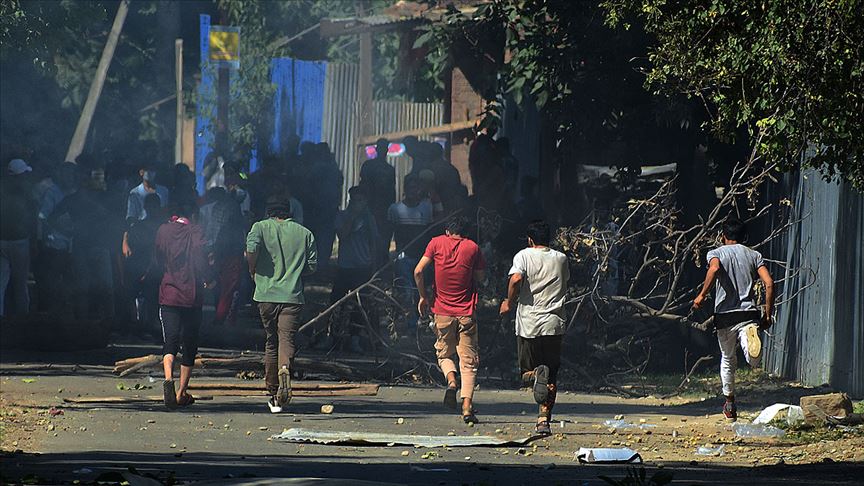