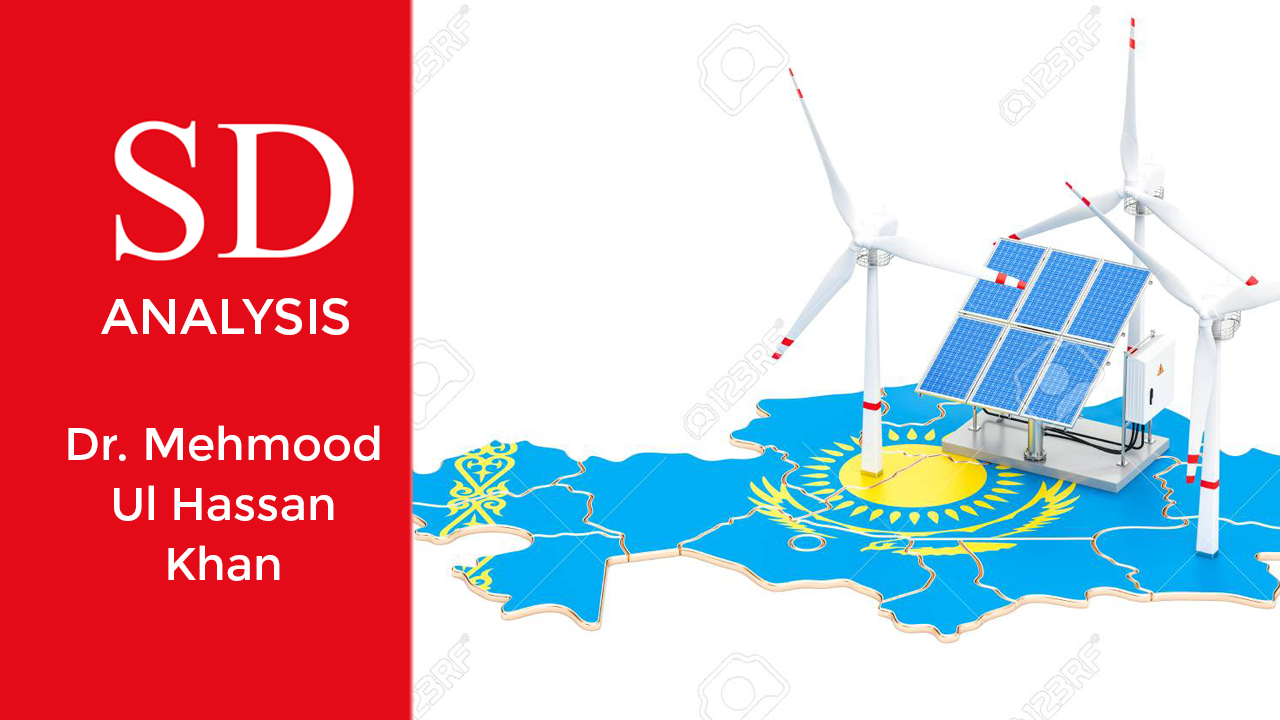 Energy has become one of the most important actors of sustainable economic development, security and above all human survival in the world. Energy gears development, massive industrialization and channels of production and Kazakhstan being the biggest producers and hub of energy in the Central Asia Region (CARs) has a comprehensive energy policy. It is dynamic and forward-looking. It promotes regional connectivity. It shares socio-economic prosperity in the region and beyond. It is diversified in terms of supplies and demands. It promotes elements of energy security and efficiency. It reduces incidents of climate change by announcing and implementing various projects of green/renewable energy in the country. Indeed, Kazakhstan is the champion of energy reserves in the CARs.

Kazakhstan is the champion of energy reserves in Central Asia and CIS. Kazakhstan is a very large producer of all fossil fuels. Kazakhstan was the 10th largest coal producer in the world. It also ranked among the top producers of crude oil (16th) and natural gas (23rd). Kazakhstan’s energy production covers more than twice its energy demand. It enables Kazakhstan to be major energy exporter. In 2016, the country was the 7th largest coal exporter in the world, 12th rude exporter and 20th natural gas exporter.

In Kazakhstan, coal accounts for more than 70 percent of the electricity production, followed by natural gas (19 percent). Renewable energy accounted for 9 percent of electricity generation (0.2 TWh from solar and wind, 9.3 TWh from hydro).

Kazakhstan, possesses one of the largest energy potential in the world, strives to establish stable structure of the global energy security, which is built on the principles of justice, balance of interests of both supplying countries and transit countries and consumers. Energy cooperation, based on beneficial and long-term partnership, formed on the basis of common principles and rules, is a condition of steadfast development of the world community.

It has a comprehensive energy policy which stipulates its national economy. It caters its energy demands and creates balance even in supplies mechanism. Its energy policy is the ideal combination of energy security, energy efficiency and of course energy diversification. It enhances national as well as regional connectivity. It utilizes its vast energy reserves for regional development. It supports greater socio-economic prosperity in the region and beyond.

Its energy policy is very attractive and provides a befitting proposition for both the producers and consumers. It gears up channels of production as well as supports massive industrialization in the country as well in the region.

Kazakhstan's Green Economy Concept policy (KGECP) was adopted in May 2013, emerged in response to the Rio+20 'Earth Summit'. President Nazarbayev has since reaffirmed his government's commitment to mainstreaming the green economy agenda into national development.

It has ambitious aims to diversify the economy with alternative, cleaner sources of energy. It will transform its agricultural and industrial sectors. It will motivate economic drivers of green development. It shows sustained political commitment, significant long-term investments and a range of other enabling conditions.

Kazakhstan’s energy policy facilitates its macro-economy due to which it has been achieving highest GDPs percentage in the Central Asia and the CIS since its inception. Immense social development has been the resultant of its unparalleled growth in oil & gas sector. It has been one the main reasons in reduction of poverty in the country. It supports infrastructural development in the country.

Its oil & gas reserves are the life line to national as well as regional human survival as well as industrialization. It cements concept of energy security and efficiency in the region. It is playing a significant role in the massive industrialization drive of China. It is one of the key players to achieve strategic development goals in the country.

Kazakhstan’s geographic imbalances are one of the main reasons of its greater regional connectivity in terms of energy cooperation with South East Asian Countries including Pakistan. Although the scope of greater bilateral relations in terms of trade & commerce, science & technology, joint venture in RES, oil and gas exploration, energy transmission, agro-cooperation and last but not the least, infrastructural development are immense between Pakistan and Kazakhstan.

Policy makers in Kazakhstan especially its visionary leader President H.E. Nursultan Nazarbayev has already outlined a Strategic Road Map (SRP) for the further development of oil & gas reserves as well as Renewables Energy Mix (REMs) in the country. His National Concept for Transition to a Green Economy up to 2050 reflects his strong commitments towards a safer and better world where climate change will be managed. It is a giant step to reduce carbon footnotes and achieving the concept of de-carbonization in the country. It is a right step in the right direction achieving the goals of “green economy”.

According to Kazakhstan Ministry of Energy about 1.1 billion kWh of green energy was generated in Kazakhstan, 5 projects of RES with a total capacity of 35.6 MW were realized in Almaty and South Kazakhstan regions and in Astana in 2017. 1 gigawatts of capacity will be auctioned during 2018.

President H.E. Nursultan Nazarbayev 2050 provides policy framework to gradually lessen dependency on conventional energy resources especially oil & gas. Kazakhstan is blessed with conventional as well as non-conventional energy resources and mix. Its geography has a comparative advantage for the development of solar, wind and biomass energies in the region. Attractive tariff in the formation of green economy is one of the main reasons for regional as well as international investors in the fields of renewables in the country.

There is an urgent need to reduce the emission of greenhouse gases and other pollutants, in the country which burns mostly fossil fuel, namely coal, oil, and gas.  Resultantly, primary sources of energy are on the decline and by. The consumption of oil will increase by 15 percent, gas-by 38 percent, and coal by 5 percent. The relevance of developing alternative energy based on RES is caused by extremely high infrastructure wear and tear: 70 percent, generation capacities, 65 percent, electric networks, 80 percent, heating networks.

Kazakhstan has a significant potential for the development of alternative energy. The potential of wind energy is estimated at 760-920 GWh per year, which is 10 times higher than the current electricity consumption in the country. Northern Kazakhstan, where winds reach 7.5 m/s, is a promising area, as well as other ideal characteristics for the Aeolian Park, such as the Shelek Gorge, which is in 100 km from Almaty, Zhambyl district in East Kazakhstan Region, Mangystau Mountains in Western Kazakhstan, etc.

The hydro potential of Kazakhstan is estimated at 62 billion kW, which is 70 percent of the total consumption in the country. As for the potential of solar energy in the southern regions of the country, it is about 2500-3000 thousand hours of sunshine per year, which corresponds to a capacity of 1200-1770 kW/m2 per year, and allows the southern regions of Kazakhstan to be competitive with the sunniest countries in the world. This is approximately 2.5 billion KW per year. The construction of a plant for solar panels production in Astana will also contribute to the development of solar energy.

The importance of Kazakhstan as a major energy supplier and contributor towards diversification of energy sources for the EU markets. Kazakhstan now supplies around 5-6 percent, of EU oil demand and meets more than 21 percent of the EU uranium demand.

Kazakhstan strives to give its unlimited energy resource potential to the disposal of the mankind, realizing the energy policy based on the principles of combined modernization of fuel and energy complex and diversification of energy supplies to the world markets.

Energy policy of Kazakhstan is based on diversified operationalization and channelization of energy resources, efficiency and saving of energy, optimal use of energy resources, energy security, investments, energy diplomacy, innovations and the last but not the least development of renewable or green energy resources. Moreover, increasing internal/national production capacity to meet external demands, diversifying energy export routes, increasing export capacity, securing energy transportation and networks to external markets are also salient features of its energy policy.

Main characteristics of its energy policy are dialogue between energy consuming and energy producing countries, cooperation with oil companies from many countries of the world, reducing instability of oil market and diversification of energy resources transportation routes. Kazakhstan energy policy is instrumental for achieving desired goals of socio-economic integration, greater energy connectivity, qualitative life and above all human survival. It values the concept of further diversification of energy resources (solar, wind, biomass). It has a comprehensive plan for diversification of supplies and demands. Moreover, guidelines of Kazakhstan’s energy policy are based on 3Es i.e. energy security, energy efficiency and environmental safety. It has short as well as long term policies, programs and projects. Guiding lines of Kazakhstan’s energy policy speaks about foreign direct investments (FDIs), joint ventures (JVs), public-private partnership (PPPs) and last but not the least, sustained development of companies and constructive dialogue to maintain energy price stability and security.

It is one the ideal countries of FDIs in oil & gas sectors in the region. It facilitates national as well as international investors to make investments in various projects of conventional as well as non-conventional energy. It chalks out Strategic Road Map (SRP) for the development of national companies for exploration of oil & gas reserves in the countries. It has befitting proposition even for international companies.

The State Committee on Resources (SCR) indicates recoverable hydrocarbon reserves of the Republic of Kazakhstan onshore which are highlighted in the above given figure IV. According to SCR report Kazakhstan ranks among ten leading countries in the world in terms of hydrocarbon reserves and15th in the world projected reserves. The largest explored reserves of natural gas dissolved in crude oil are concentrated in large developed deposits such as Karachaganak, Tengiz, Zhanazhol, Urikhtau.

According to latest official figures Kazakhstan has 4.1 Gt for oil, around 2 000 bcm for gas and 33.6 Gt for coal the7th largest coal reserves in the world, end of 2016. About 70 percent of the Kazakhstan’s oil potential is located in the west of the country, particularly in the Caspian Sea Kashagan.

According to many research studies and reports of World Bank, IMF and Asian Development Bank, Kazakhstan is the dominant nation of Central Asia economically, generating 60 percent of the region’s GDP, primarily through its oil/gas industry. It is a major producer of oil, gas and coal, as well as being the largest producer and exporter of uranium ore in the world. However, due to falling oil prices export revenue from oil and gas has declined by 35 percent since 2015. 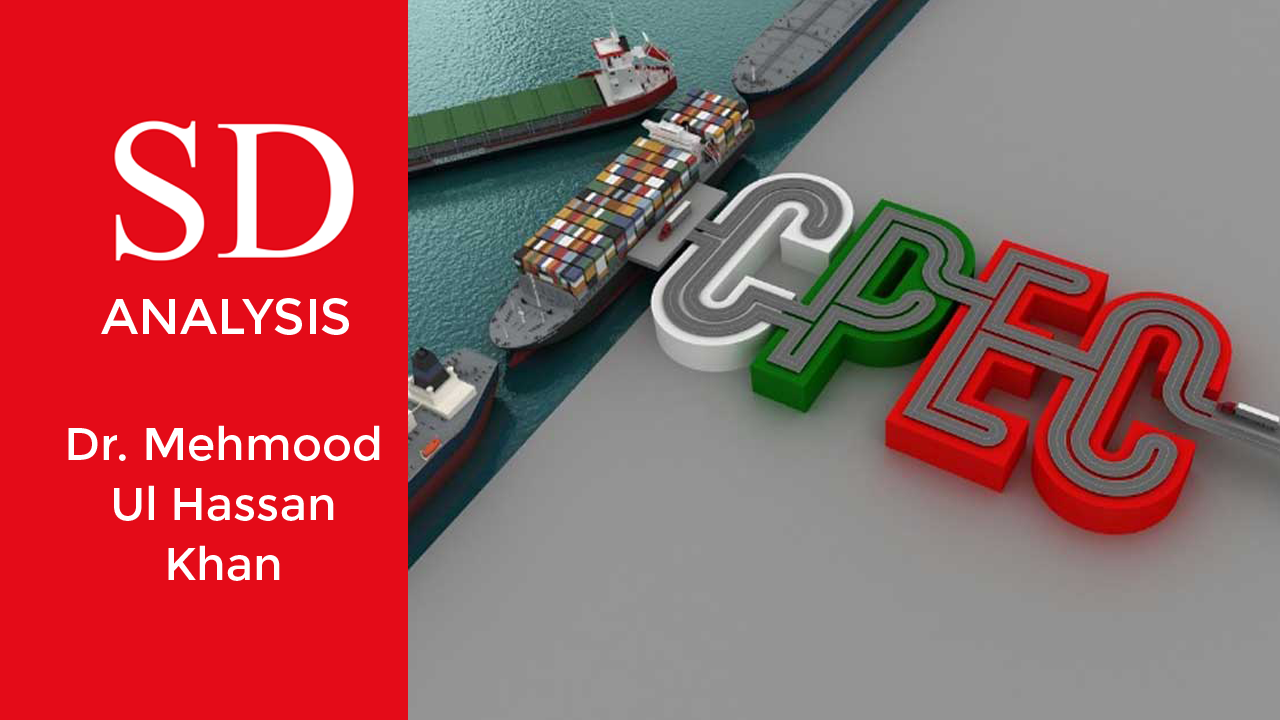 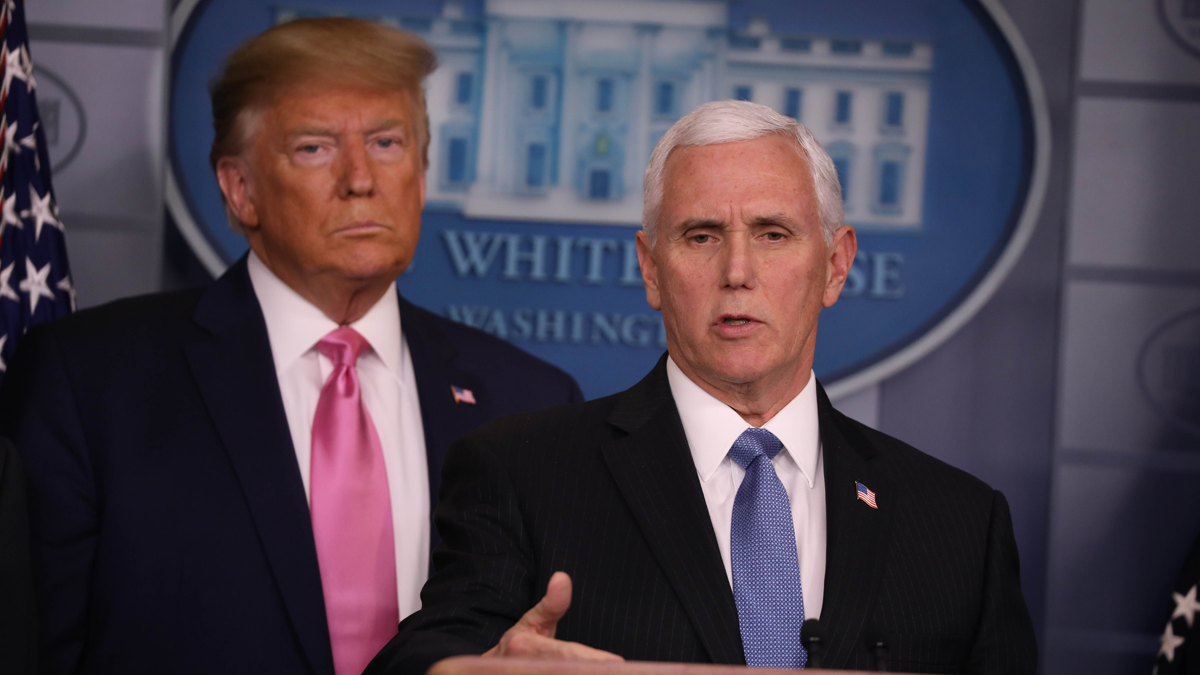 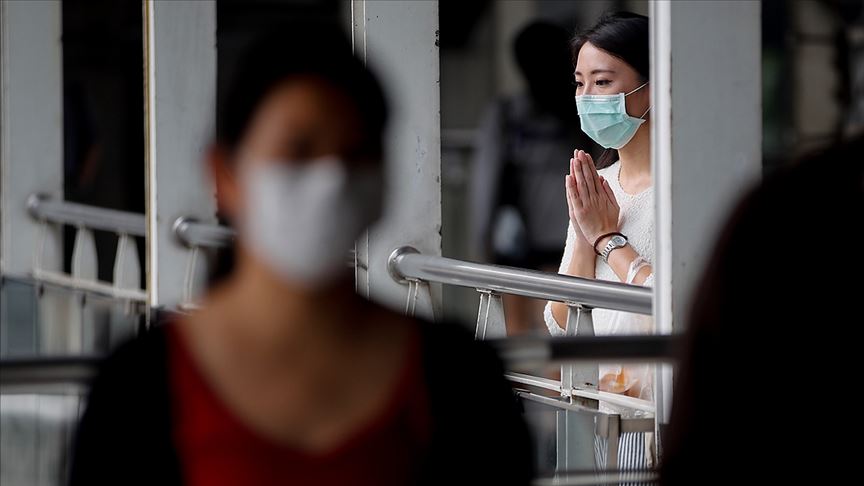 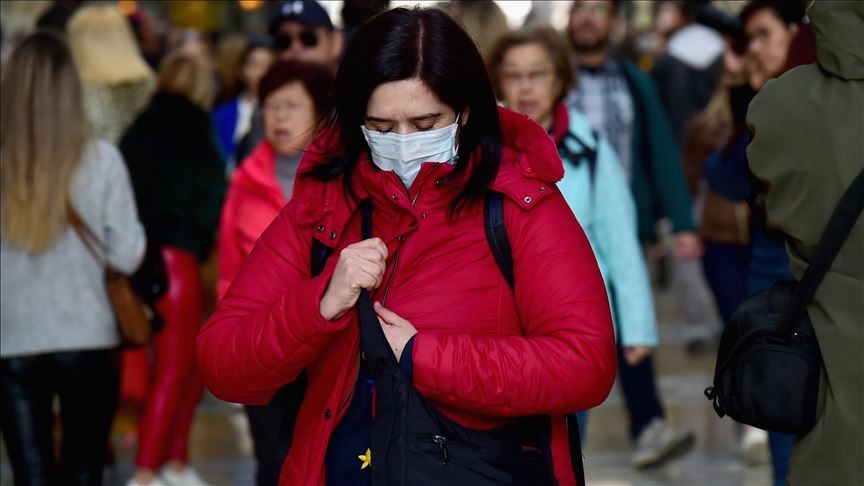