It is indeed victory of foreign policy of Pakistan that H.E. Sheikh Mohammed bin Zayed bin Sultan Al-Nahyan Crown Prince of United Arab Emirates (UAE) officially visited Pakistan after period of 12 years.  Now bilateral relations between the two brotherly countries got momentum in the recent months and have started a new chapter in terms of economic cooperation, assistance, and better understanding on regional as well as international emerging issues.

It is the third interaction between the leadership of Pakistan and UAE in less than three months. The UAE has finalised a financial package of $6.2 billion for Pakistan. The UAE economic package is comprised of $3.2bn worth of oil supplies on deferred payment and a $3bn cash deposit. The deferred payment facility will help Pakistan save around $6.4 billion on oil and gas imports from the two countries. It is true reflection of “economics of brotherhood” wherein brothers in trouble are well cared by brothers. Undoubtedly UAE is our “strategic partner”.

During his purposeful visit to Pakistan, Crown Prince Sheikh Mohammed bin Zayed bin Sultan Al-Nahyan met with the Prime Minister Imran Khan and other top officials as both countries seek to capitalise on the fresh momentum in bilateral ties due to a flurry of recent contacts at the leadership level.

Pakistani and United Arab Emirates leadership have met thrice now in the last three months. Prime Minister Imran Khan visited the UAE twice after assuming office in August 2018 to seek economic assistance. It was a great break through which succeeded to revive the stalled bilateral ties.

A joint statement issued after the UAE Crown Prince’s visit said Prime Minister Imran Khan thanked the crown prince for the "generous" balance of payments support of $3 billion, which appears to have materialised first out of the total financial package.

Crown Prince Sheikh Mohammed bin Zayed, who last visited Pakistan in 2007, was given a red carpet welcome and a 21gun salute when he touched down at Nur Khan Airbase around noon today amid much fanfare in the capital.

Billboards displaying the crown prince's face and positive messages about Pak-UAE ties were put up across the city to welcome the visiting dignitary. A troupe of folk musicians and cultural dancers also put on a small show to receive him.

According to the joint statement the two leaders thoroughly discussed on all areas of bilateral relations. Both leaders expressed their satisfaction and determination to further strengthen this historic and mutually beneficial relationship," the statement said.

While thanking the crown prince for the $3 billion financial support, the prime minister said it was reflective of the UAE's "continued commitment and friendship that has remained steadfast over the years". He also welcomed the Emirates' interest in investing in various sectors in Pakistan including oil and gas, logistics, ports and construction

The two sides also discussed issues of regional and global importance, with Khan briefing the crown prince on the situation in Indian occupied Kashmir and the plight of the Kashmiri people.

The two leaders decided to form a task force for taking all necessary measures to deal with matters relating to trade enhancement.

During the meeting, Prime Minister Khan and Crown Prince Sheikh Mohammed noted that the Pakistan-UAE Joint Ministerial Commission, to be co-chaired by the two countries' foreign ministers in Abu Dhabi next month, could "play a pivotal role in chalking out a comprehensive roadmap, and in fast-tracking the approval of pending agreements and memorandum of understandings (MoUs)".

The two leaders expressed their satisfaction with the ongoing defence and security cooperation between the two countries and resolved to explore further collaboration in the areas of training, joint exercises and defence production.

The crown prince in his comments recognised the "efforts and unparalleled sacrifices" made by Pakistan to eliminate terrorism and extremism.

Khan thanked the UAE leadership and people for their commitment to the socioeconomic development of Pakistan in the form of the 'Pakistan Assistance Programme', as well as for Sheikh Mohammed's support to eradicate polio from Pakistan.

In order to counter white collar crimes including money laundering, the two leaders directed the relevant authorities to expedite the finalisation of the Mutual Legal Assistance Agreement.

Prime Minister Khan briefed the UAE royal about Pakistan's efforts to support and facilitate the Afghan reconciliation process. The two leaders agreed to work closely for lasting peace and stability in Afghanistan.

"The visit underscored the strength and substance of the Pakistan-UAE special relationship, which is based on the spirit of mutual affection and deep trust," the joint statement said, adding that building on this legacy, the two leaders resolved to work for the progress and stability of both Pakistan and the UAE.

The crown prince thanked the premier for the warm welcome and hospitality extended to him and his delegation during the visit to Islamabad.

On its part, UAE has already shown its interest in investing in Pakistan. Because China Pakistan Economic Corridor (CPEC) is a game changer for the region, the UAE also wants to cash in the opportunity by investing in Gwadar Oil City. Its decision to invest in Gwadar will not only enhance its bilateral relations with Pakistan, but the investments in Pakistan will also create their interest in a stable Pakistan.

Last month, the UAE officially announced that it would assist Pakistan to help it overcome international payment crisis and to avoid the deal with the IMF, which contained strict terms and conditions.

Both countries have been working to transform the existing relations into a ‘long-term strategic economic partnership’ as it was agreed between the two leaders during PM Imran Khan’s visit to UAE on November 18, 2018.

United Arab Emirates (UAE) and Pakistan value their friendship and fraternal ties based on brotherhood, mutual respect and deep-rooted cultural affinities and identity of interests have continued to move from strength to strength since inception.

It is hoped that if steps are taken in the right direction, the current trade volume of $8 billion between Pakistan and UAE would be surpassed in coming years. It is important to build on the historic relationship between the two countries by encouraging investors on both sides to make use of the business opportunities.

Both countries have strong and strategic alliance. More than 1.6 million Pakistani community (the biggest Pakistani community in the world) lives and works in the UAE. Pakistani expatriate community which contributes around 4.5 billion dollars annually to the GDP. Moreover, Pakistan’s private sector has invested in Dubai’s real estate sector. According to Pakistan official figure UAE investments in Pakistan stand at more than $3.9 billion. Pakistan exports $869 million worth of goods to the UAE, and imports goods worth $7.5 billion in return. Pakistan’s exports to UAE include mainly rice, textiles and leather, which do not signify the true potential of opportunities between the two countries.

Pakistan offers vast opportunities for foreign direct investments and joint ventures in infrastructure development, electricity generation, water desalination, agricultural based industries, insurance and real estate. Pakistan enjoys cordial relations with United Arab Emirates. Both countries have cooperated with each other in their need of hour. UAE has made huge investments in Pakistan in different fields, and in reciprocate, Pakistan also cooperated with UAE in various fields. Pakistan trained pilots of UAE and in other sectors as well.

United Arab Emirates (UAE) and Pakistan are strategic partners. Due to rapidly changing socio-economic scenarios and geopolitical trends in terms of global trade wars, economic protectionism, disintegration of economic blocs, Yemen, Syria, Afghanistan, CPEC and BRI it is the need of the hour that both brotherly countries must re-establish functional strategic partnership for the further strengthening of socio-economic integration, greater food and energy security, better political understanding and above all energy cooperation in the days to come.

Being prominent regional expert on UAE & GCC I suggest that for further increase in trade volume, Pakistan must closely work with the UAE authorities to formulate a export oriented policies, preferential areas of investments, prospects of joint ventures, export of human capital and the last but not the least, exports of fresh  fruit and vegetable from Pakistan. 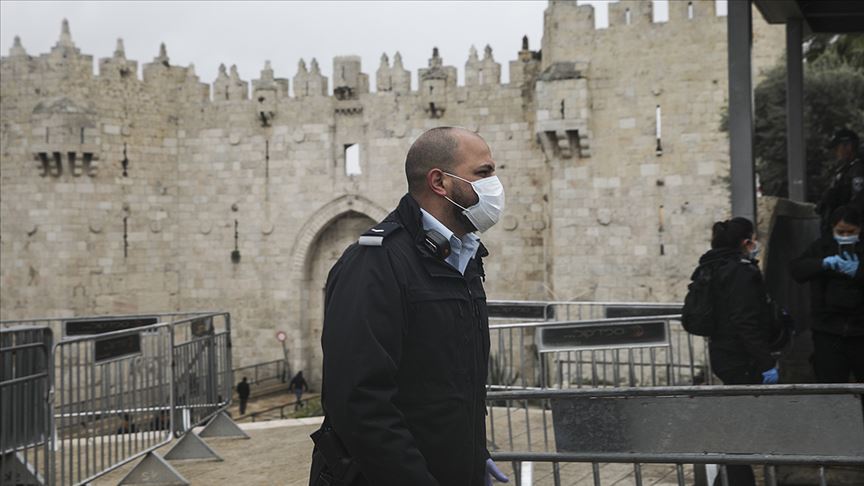 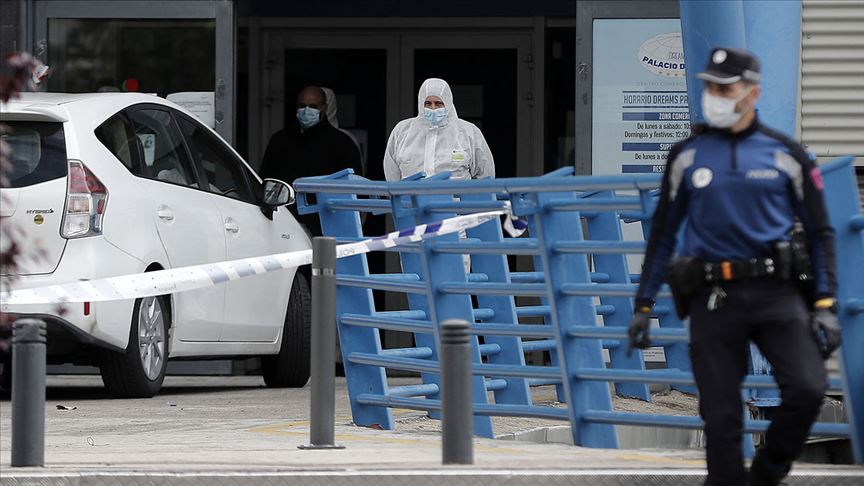 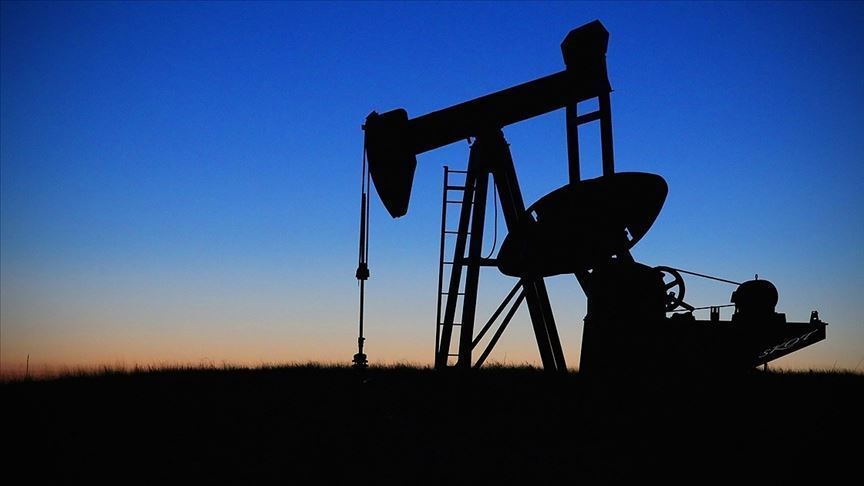