China-Pakistan Economic Corridor (CPEC) and Belt and Road Initiative (BRI) are projects of the 21th century, inching towards to achieve highest levels of regional connectivity, socio-economic prosperity, energy and food security, reduction of poverty, generation of new jobs and above all agricultural revolution. It sums of characteristics of “Asian Century” and diminishing of “virtual colonization”. It reflects new economic model of productivity and human survival. It showcases new economic thinking through which even political survival may also be attained and subsequently sustained without the support of the West in the days to come.

China, Pakistan Economic Corridor (CPEC) is a model of sustainable development. Prime Minister Imran Khan has rightly termed China, Pakistan Economic Corridor (CPEC) a “blessing” while visiting to China on his maiden visit. CPEC is the gateway of progress, prosperity and connectivity and it is hoped that the bilateral ties with China will be further strengthened after Prime Minister Imran Khan’s recent visit to the all-weather friend of the country.

CPEC is a mega project which has many aspects for mutual benefits not confined to economic, bilateral and of course strategic. China has no objection to the involvement of any other country in the economic aspect of the project. But China would certainly be apprehensive about the involvement of any country which is under the influence of the US.

CPEC, a framework of regional connectivity, aims at enhancement of geographical linkages of China, especially its underdeveloped province, and regional countries through road, rail and air transportation systems. China is the largest trade partner of Pakistan, but the latter has a huge trade deficit despite having a free trade agreement since 2007.

CPEC is a game and fate changer not only for Pakistan but also for the whole region. But regional rivalry and international power politics has been trying its levels best to sabotage by launching a “hybrid war” against the CPEC and of course Pakistan since its inception.

Since the start of “Trump Era” western media has been disseminating against CPEC and BRI through different visible and invisible channels by labeling both serious “debts trap” for the participating or connecting countries. Unfortunately, western rhetoric has succeeded to create some doubts even in our country being strategic ally of China. Pseudo intellectuals through their delusions based articles have badly damaged the “economics of trust and humanity” about the innovative idea of bilateral engagement i.e. CPEC. Even some officials and ministers wish list have polluted the elements of strategic utility, optimal efficiency and productivity associated with the CPEC.

On the contrary, Beijing has decided to extend further trade facilitations under CPEC in order to help Pakistan solve its current economic problems. In this regard, the Chinese officials are trying to tailor CPEC as a ‘demand-driven programme’ for Pakistan.

Thanks God, at last sanity prevailed which rescued the country as well as the CPEC from the shores of uncertainty to the banks of political maturity, economic sensibility, business connectivity and above all “human survival”. Chinese embassy in Pakistan has played a remarkable role to remove all misconceptions and slipups about the CPEC. General Bajawa personally visited China to stop any further derailing to CPEC. Ultimately, Prime Minister Imran Khan paid his maiden visit to China and succeeded to remove all feigned qualms against the CPEC. During which Prime Minister Khan has rightly termed China, Pakistan Economic Corridor (CPEC) a “blessing”. Undoubtedly, CPEC is blessing not for Pakistan but also for the whole region. But regional rivalry and international power politics has been trying its best to tarnish bilateral relations between Pakistan and China since its inception.

CPEC is a bilateral project between China and Pakistan. Like China, Pakistan too has the right to change the conditions of the project. But China is doing it silently without creating any controversy. So, there is a lesson in it which has to be learnt. Now both countries have decided that the next stage of CPEC will focus on industrial expansion, agricultural revitalisation and trade integration of the two economies.

Being regional expert on CPEC & BRI I, personally think both are not debts trap as projected by the western media which has its own vested interests.  On the contrary, CPEC is contributing 2.5 percent in Gross Domestic Product (GDP) of Pakistan due to which after the visit of Prime Minister Khan both countries have agreed over further expansion of the CPEC. CPEC has total investment of $46 billion through different sources of Chinese lending. China has invested around $19 billion dollars in various CPEC projects in the country so far. Presently, the work has been ongoing in various 22 projects of China Pakistan Economic Corridor. Currently, 15 energy projects in Pakistan, with a total capacity of 11,110 megawatts are planned as a priority, of which, 11 are under construction or in operation with a total capacity of 6,910 MW. Moreover, around 7000 Pakistani citizens are working in various projects of CPEC.

CPEC has become a success story within a period of five years.  The work is progressing well on the building of Gwadar port and Thar coal power and mining project as well as other infrastructure development projects. Chinese embassy should contact the media to focus on the development process and counter propaganda being generated by the vested interests.

It is hoped that CPEC will improve Pakistan’s competitiveness internationally and link it with more countries than it is doing business with at present. That will create a huge space for foreign direct investment in the country’s export industries.

Various reports of the State Bank of Pakistan (SBP), Security Exchange Commission of Pakistan (SECP) and Planning Commission of Pakistan have already dismissed and denied the total claims of the western media and its lobby in the country that CPEC has nothing to do with country’s deteriorating external accounts or weak economic conditions. Furthermore, all the regulatory bodies have also reconfirmed that CPEC is not a debts trap to Pakistan.

According to Ministry of Finance (November 2018), foreign exchange reserves are more than adequate and debt servicing burden manageable. Its debt and debt servicing projections for the periods (2018-19) to (2022-23) has shown declining debt servicing ratios. The added burden of CPEC debt as well as repatriation of profits on investment would not create any pressure and is quite manageable.

The International Monetary Fund (IMF) has estimated that at its peak the repayments on both debt and investment account would be between $2.5 and $3 billion annually. This amount can be easily absorbed by increased exports, savings in imports of fuel, transit fee, etc. Thus, the fear of debt entrapment does not stand the test of empirical validity.

The BRI connects 65 countries around the globe. It consists of 35 percent of global trade. It has 31 percent of global GDPs. It covers 62 percent of world population with having $4-8 trillion investments plans and CPEC is the flagship project of it.

It is an ambitious infrastructure mega project of all time. It was unveiled in 2013, aiming at connecting China by land and sea to Southeast Asia, Central Asia, the Middle East, Europe and Africa. China has pledged $126 billion for the plan, largely in infrastructure investment. Through continuous networks of highways, railways, ocean routs and ports it will revolutionize the world economy and trade. It will open up cross border connectivity and encourage a further integration of international markets. $1 trillion worth of infrastructure works planned or already underway. It will transform the Eurasian countries and reshape global trading system.

Despite US rigorous ongoing media propaganda against the CPEC and BRI, the World Bank has offered timely praised for BRI in its most recent report. According to its latest published report, BRI is an ambitious bid to reshape global trade by lending money for infrastructure projects in countries across Eurasia which will significantly reduce shipment times and trade costs”, reducing trade costs between 1.1 and 2.2 percent for the world as a whole, and 1.5 and 2.8 percent for participating Belt and Road nations.

Affected from the western media there is hue and cry in some countries like Maldives, Sri Lanka, Malaysia and African countries labeling BRI as “debt trap”. Rational analysis of these economies clearly shows that domestic economic problems are the real reasons of their high ratios of debts and not the BRI. It stands for development and not debts. It stands for prosperity and not prosecution. It speaks about progress, prosperity and connectivity. Western media is also trying to defame the CPEC and BRI by using/misusing so called “Islamic Card” which needs to be removed through close liaison with Chinese authorities.

It is the need of the hour to pursue joint efforts to highlight cooperation between the two countries and counter propaganda against the China-Pakistan Economic Corridor (CPEC) framework. In this regard, role of Chinese embassy in Islamabad is most crucial by segregating fake and money minting so called “one table-one chair” “husband-wife” and “one-room” think tanks from the list of the embassy. It must differentiate between an expert and pseudo intellectual for safe garaging the interests associated with the CPEC, BRI and of course both countries. It must contact the genuine experts, scholars, researchers and media people to rightly project the economic significance of the CPEC. 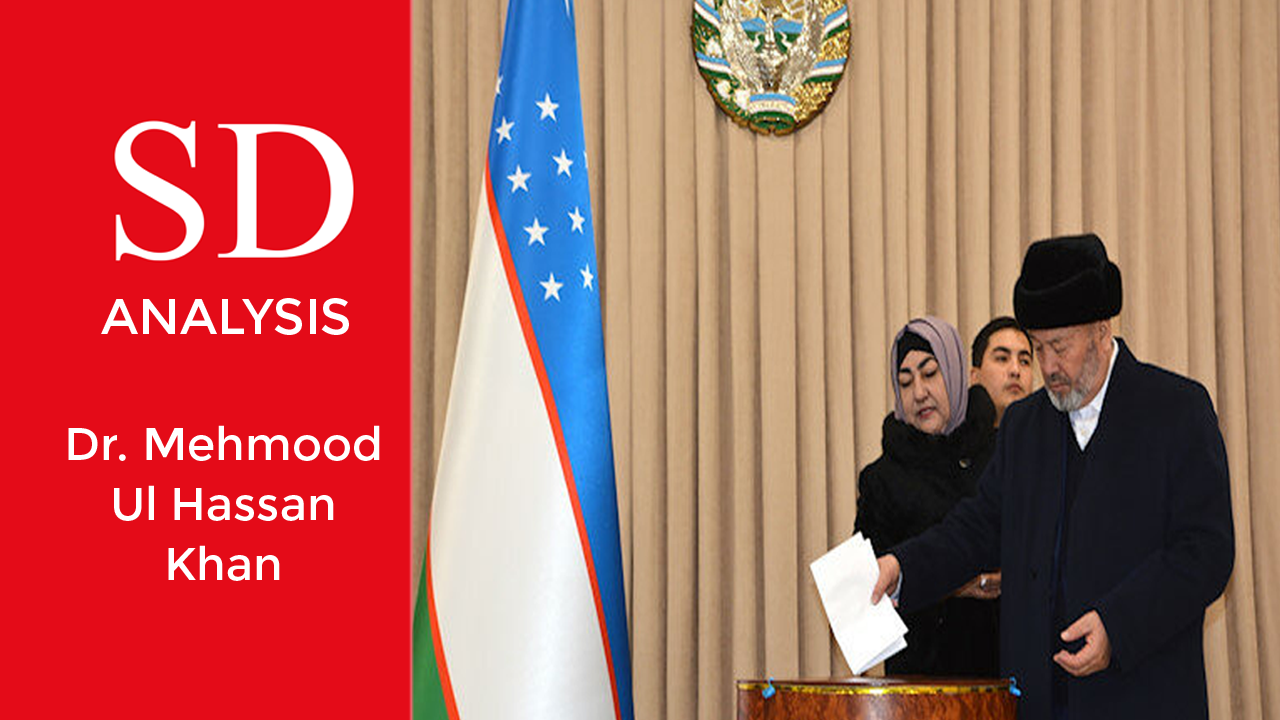 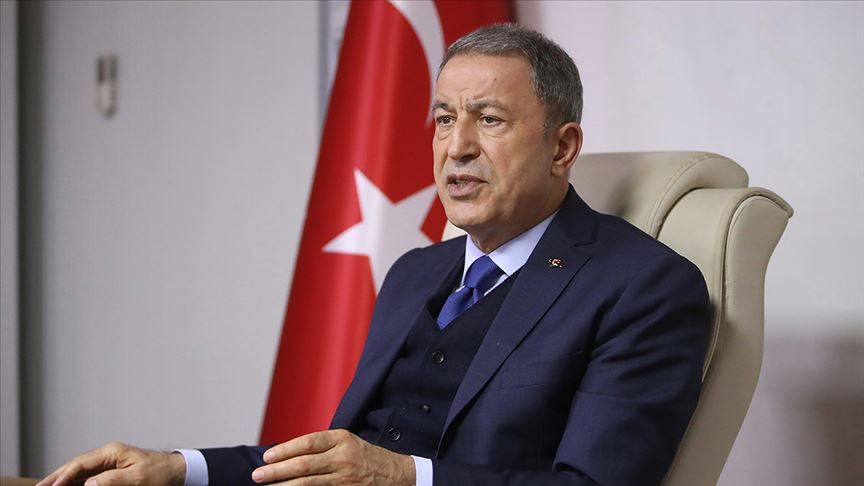 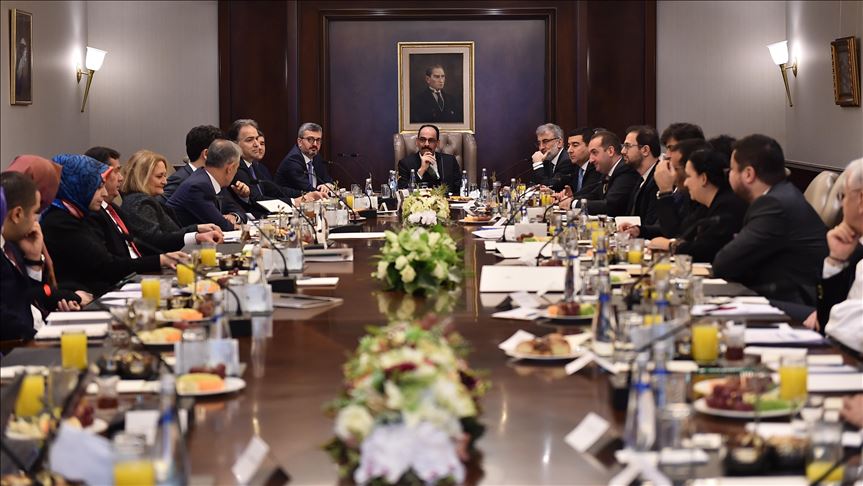