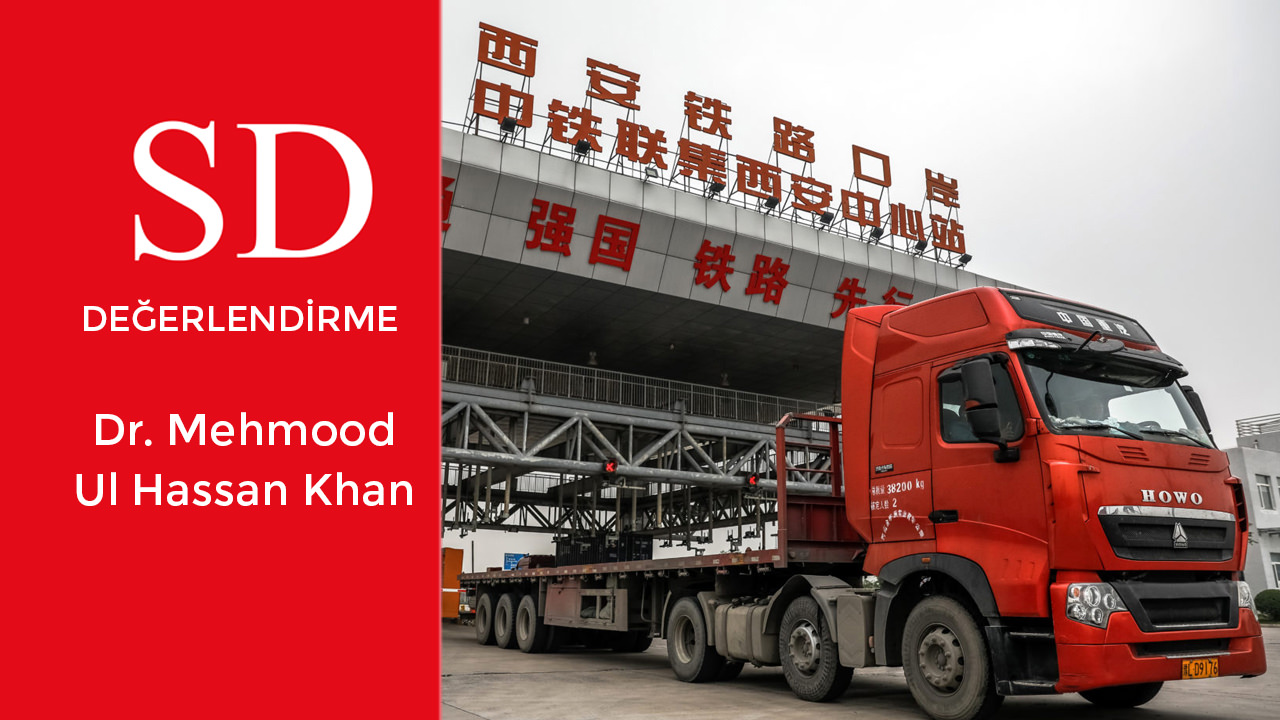 Belt and Road Initiative (BRI) has now entered into its fifth year of diversified but integrated operations. China proposed BRI, which has been a large part of the investment landscape across a swathe of the world for five years, will become increasingly important. During which BRI has completed diversified mega projects in all the participating countries around the globe. It was launched by President Xi Jinping in 2013 as the Silk Road Economic Belt and 21st Century Maritime Silk Road. The BRI developed out of China’s “Go Out” policy focused on promoting outbound Chinese Investment in overseas assets. It has now become the signature foreign policy program of Chinese President Xi Jinping's government.
The BRI defines five major priorities including various policy coordination to expand shared interests, enhance mutual trust, and build consensus on further cooperation. Infrastructure development of this scale cannot materialise without regional connectivity. It will links all the sub-regions in Asia but also extends out to Europe and Africa. Transnational trade is one of the primary focuses of the BRI. Unimpeded trade will facilitate more trade between the nations and would remove many barriers of investment and trade and open up free trade areas to create a business-friendly environment at the regional and national level.

It is a development strategy that focuses on connectivity and cooperation on a trans-continental scale. It has the potential to be the largest development project in modern history. In terms of its scope and scale, there can be little doubt because China is playing Santa Claus to the rest of the world, doling out loans to finance-starved countries.

The BRI consists primarily of the Silk Road Economic Belt, linking China to Central and South Asia and onward to Europe, and the New Maritime Silk Road, linking China to the nations of South East Asia, the Gulf Countries, North Africa, and on to Europe. Six other economic corridors have been identified to link other countries to the Belt and the Road. The BRI's geographical area is constantly expanding. So far it covers over 70 countries, accounting for about 65 percent of the world's population and around one-third of the world's Gross Domestic Product (GDP). It is the revival of ancient Silk Road.

It is a biblical-size trade and infrastructure endeavor. It is the 21st century Silk Road which could cost 12 times as much as what the U.S. spent on the Marshall Plan to rebuild Europe following World War II. The BRI has the participation of 76 countries from Asia, Africa and Europe, and is poised not only to reshape globe trade but also raise the living standards for more than half of the world’s population.

According to the International Monetary Fund (September 2018), the “BRI has great potential for China and participating countries. It could fill large and long-standing infrastructure gaps in partner countries, boosting their growth prospects, strengthening supply chains and trade and increasing employment.”

Empirical data shows that shipping time is expected to decrease by an average of 1.2 percent after the completion of the BRI. Countries located in the East Asia and Pacific region are expected to experience the largest gains, with an average reduction of shipping time to other countries in the world of 2.31 percent, including a gain of 4.35 percent with respect to countries in South Asia region and 2.87 percent toward countries in Middle East and North Africa.

Results from a quantitative trade model indicate that the BRI will increase GDP between 2.6 percent and 3.9 percent on average for countries in “developing East Asia Pacific, which is higher than the expected gains for the world as a whole.

It stands for greater socio-economic prosperity, regional integration and of course diversity of humanity. It speaks about immense liberalization of economy. It pursues new economic model of globalization where there is no political compulsion and geopolitical constrains. It is free to all the countries and of course organization. It is a mega investment forum which generates remarkable business activities around the globe especially among the BRI countries.

It chalks out new charter of internationalism which promotes to cultural diversity and dignity. It enhances financial integration. It secures energy and food security. It protects environment. It implements renewable energies. It has already revolutionized national economies of the participating countries. Some countries have some concerns which are not resultant of BRI but their own fragile economies and weak political systems.

It will also facilitate financial integration to foster currency stability, build a sound framework for investment, financing, and credit services across Asia, while strengthening the role of institutions such as the Asian Infrastructure Investment Bank (AIIB), the BRICS New Development Bank, the Silk Road Fund, and sovereign wealth funds. It will also promote people to people connectivity. People across borders will have the opportunity to increase interaction and mutual understanding.

Over the past five years, China's trade with countries along the Belt and Road exceeded USD 5.5 trillion. Chinese direct investment within the non-financial sectors of those countries reached USD 80 billion. China founded 82 overseas economic and trade cooperation zones in those countries, providing USD 8.9 billion worth of funds and creating 244,000 jobs. As of 2018, China signed 16 trade agreements with 24 countries and regional organisations, nearly half of them being part of the Belt and Road. Additionally, China founded 81 education establishments and 35 cultural centres. Within the first half of 2018, China spent around USD 39.3 million on Silk Road scholarships.

China will likely speed up infrastructure projects in its ambitious Belt and Road Initiative amid trade tensions with the United States. Several Chinese companies and various sectors, including mining and transportation, are poised to benefit from that development. China will likely "escalate the loan and shorten the project approval" process to quicken the pace of infrastructure building "so as to diversify trade and economic activities there away from the U.S.

Domestically, the BRI will primarily benefit the Chinese railway sector. China Railway Group and China Railway Construction, Chinese train manufacturer CRRC and China Railway Signal & Communication will be benefited moreover, its building of power plants, telecommunications facilities and ports would also be increased in the future. commodity and mining, transportation and logistics, as well as financial sectors will also be further developed. Chinese oil and gas company “PetroChina” and the Bank of China, and Conch Cement will also be well positioned to benefit from the initiative.

China's massive Belt and Road Initiative infrastructure program has long been viewed as a platform to project Chinese power across the globe, despite official assertions to the contrary. New findings from the New York Times have now reinforced that argument, giving more weight to the idea that the investment plan may not purely be the economic project that Beijing insists.

Western propaganda against BRI & CPEC takes an ugly turn. It is now saying there are military strings. CPEC is the flagship project of Belt & Road Initiative & purely an economic program which is beyond western thinking of unilateralism & zero sum game.

Chinese companies have already built 82 economic and trade cooperation zones in 24 countries along the BRI routes and not a single is meant for “military base/operation” as projected by most of the western countries headed by the US.  BRI is a transparent which is trying its best to transform the economies of its participating countries. The project has created more than 240,000 jobs in BRI countries. Over the past five years, trade volume in goods between China and countries involved in the initiative exceeded $5 trillion, and direct investment stands at over $70 billion. Under the BRI over 11,000 freight trains are already running between China and Europe. They link nearly 100 cities across the region.

Over 140 countries and international organizations have inked agreements on jointly building the Belt and Road project with China since its announcement by Chinese President Xi Jinping five years ago. BRI aims to boost connectivity and cooperation between East Asia, Europe and East Africa. The initiative is expected to significantly boost global trade, cutting trading costs by half for the countries involved.

The BRI is arguably the most ambitious geostrategic initiative in contemporary history. It is indeed China’s economic diplomacy for half of the world, under one single policy framework. It promotes closer ties between countries through development led trade growth. It requires a massive infrastructure construction program complemented by bilateral commitments covering trade and investment. BRI is also regarded as a significant geostrategic initiative, which reflects China’s changing status as an economic and military power.

The scale of the BRI is hugely ambitious. The estimated cost of BRI projects is expected to be approximately US $2.5trillion over the next decade.  BRI is dynamic and continues to evolve as the priorities and interests of China and other Belt and Road countries.

BRI has been projected as winnable initiative for all the participating countries. Chinese government has selected the slogan of “Contribution by All, Benefits for All” for the huge BRI project. It is hoped that when it will be fully realized it makes the world more interconnected and creates more amity between nations. BRI stands for “peace”, “prosperity” and “integrity” for all.  China is inviting nations to “set aside prejudices” and “revive the ancient history”. It will promote global friendship. It will build the road to peace. It will enhance interconnectivity. It will establish sense of durable security and safety.  It shared future for humankind.

Moreover, BRI stands for green energy mix. In BRI high priority has been given to clean energy. Beijing attaches great importance to “renewable energy” in implementing the BRI project. As the largest project of the century, the BRI links 70 countries across Asia, Europe, and Africa through a network of railroads and shipping lanes.

The BRI is diversified and dynamic and it has not restricted itself just to trade. It is a comprehensive plan which considers other areas of cooperation between involved countries.  China is willing to strengthen cooperation with BRI countries in scientific research on climate change, biodiversity and epidemics and infectious diseases.  Also, President Xi, in a letter to the launching of the Alliance of International Science Organizations (ANSO) in the Belt and Road Region, called for scientific and technological cooperation among BRI countries.

The BRI is not a Chinese plot, as some people internationally have said. It is neither the post-World War Two Marshall Plan, nor is it a Chinese conspiracy. It is a transparent initiative which does not have any hidden agenda as poorly conceived in most of the West.

The BRI is intended to act as a primary force for facilitating critical investment to build closer and stronger channels of maritime and continental connections from China to international markets. The BRI concentrates on building greater capacity through infrastructure and prioritises key sectors such as transport, communications and energy. In its conception, the BRI operates through public-private partnerships. These partnerships are intended to harness the requisite financing as well as to provide collaboration on implementing projects.

The BRI is a potentially important tool to help achieve the SDGs. The focus on infrastructure capacity and increasing connectivity can provide a practical framework that is already operating with global reach and impact.

The Belt and Road Initiative (BRI) had brought great opportunities for Pakistan. BRI would enhance connectivity, promote peace and development, better realise a community of shared future for mankind, and make people feel that tomorrow would be better than yesterday. The future development of the two countries is based on mutual interests. The mutual assistance and connectivity are of great importance to peace, harmony and common progress. Banking industry of Pakistan would be benefited more the development and expansion of the BRI in the near future. It is high time for businessmen, investors and private companies of the country to look beyond region and explore the still untapped opportunities provided by the BRI for a befitting proposition because BRI is a global engine of growth and sustainable development. 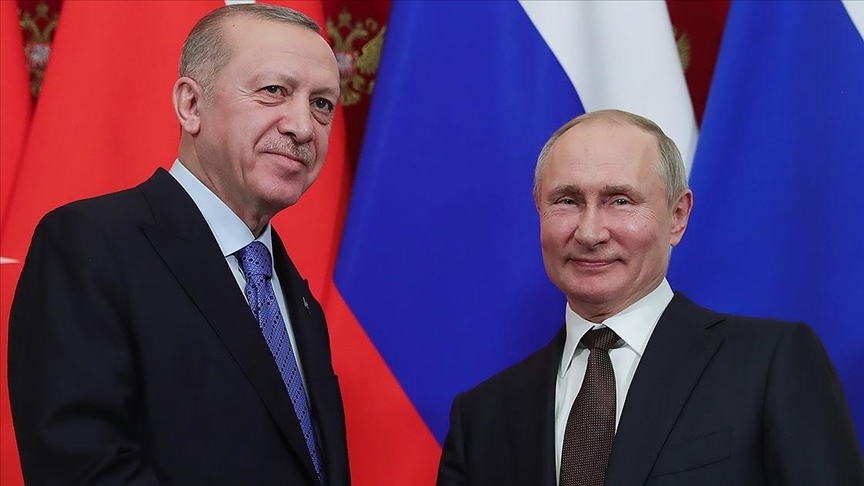 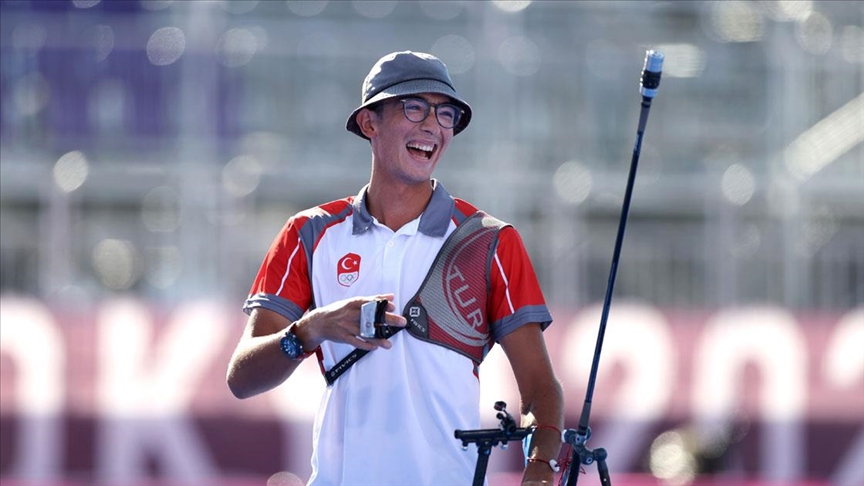