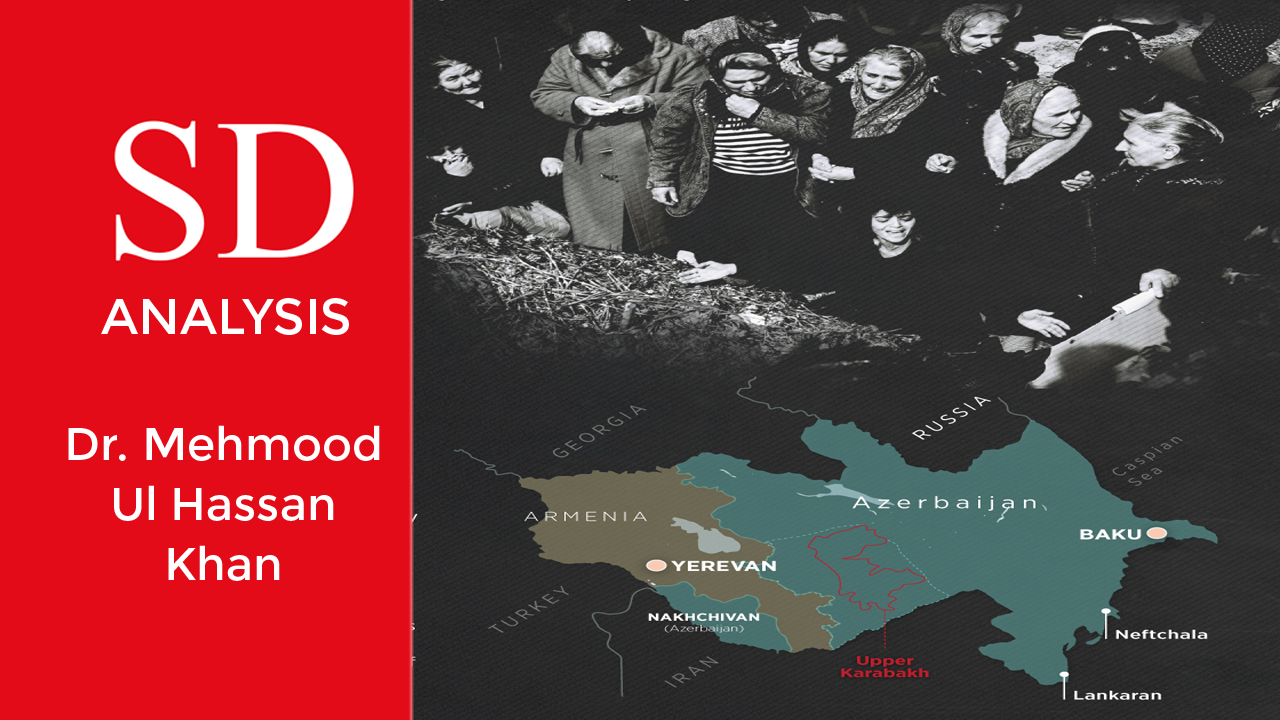 Black January has had a special place in the national history of Azerbaijan which is full of unlimited martyrdoms and sacrifices of so many unsung heroes. It was the battle of survival between pure and simple humanity and perpetual horrendous crimes. Tragic incident of “Black January” was happened on January 20, 1990. City of Baku was attacked from all directions. The 26,000 Soviet troops, directed by the Politburo in Moscow, stormed the city and began shooting indiscriminately. Over 170 innocent civilians, including children, women and elderly, were killed and a thousand wounded in a bloodshed carried out by the heavily-armed soldiers.

Ultimately humanity and human traits merged as victors and use of brutal power dashed to the ground. Black January also portrayed “victory of humanity” over vicious killing, collective determination over indiscriminate cleansing and ultimately Azerbaijanis became victors and forces of evil and darkness and attackers on democratic norms, civil liberties and free will got diminished which showed values of die-hard spirits of “economics of humanity”.

Human civilization has been admiring people’s resistance against cruelty, repression, abuse of authority, tyranny and the last but not the least, military aggression since its inception. Subsequently, people who fight for independence, self-reliance, freedom, liberty, human rights and social justice became larger than life characters. People’s resistance brought drastic changes in the national histories of various nations and ultimately full independence was achieved. The Republic of Azerbaijan and its people reaffirmed that independence could be achieved through holy martyrdom. Black January is nothing but true reflection of martyrdom by virtue of which it succeeded to achieve full independence.

Human die hard spirits overtook the city Baku which remained under attack and siege and ultimately the forces of Soviet Union had to leave the city. Subsequently, Azerbaijan declared independence on October 18, 1991. And today the Azerbaijanis are proud of those who are ready to perish for the sake of their people’s national identity, sovereignty, and freedom around the globe.” With the Decrees of the President of Azerbaijan Heydar Aliyev of December 16, 1999 all the victims of the crackdown were awarded the title “Martyrs of January 20.”

Black January was the prime example of human nationalism, patriotism, determination, dignity and self-respect and courage to fight against all odds to achieve ultimate goal i.e. independence. Black January was not mere eleven words. It was bloodbath of common Azerbaijanis who did not bow against military might of Soviet Union and ultimately perpetual coercion was badly defeated. Black January stood for Azerbaijan’s rich ethnic diversity wherein Muslims, Christians and Jews laid their precious lives to defend the motherland. Black January proved to be first step towards complete independence. Martyrdom has multiplier effects because it involves divine   blessings as well.

The brutal regime utterly failed. After the massacre, tens of thousands young and old, men and women, Muslims, Jews and Christians filled the streets to mourn the victims, and a general strike in honour of the dead souls, shut down the city for 40 days. Heydar Aliyev, the founder of the modern Azerbaijan, came to the Azerbaijan SSR's office in Moscow and fiercely denounced the bloodshed. His defiance helped to inspire the Azerbaijani people and Aliyev became a leader of the struggle for liberty. The force could not stop the people of Azerbaijan from seeking their freedom. In fact, it only increased their resolve to re-establish a free and independent Azerbaijan.

Black January reflected sorrow as well as Azerbaijanis strength, struggle and success against all odds. The Soviet leadership ordered some 26000 troops with heavy military equipment to storm the city of Baku in an operation called “Strike” during which humanity was “bleed” and “beasts” were everywhere in the city but it could not strike-down the true spirits of interfaith harmony, patriotism, national pride and communal unity and people having diversity of faith, belief and origin stood fast to fight against all odds.

Black January carried “tragedy” too but it transformed outlook of Azerbaijan after which dreams of “qualitative life”, socio-economic prosperity, modernity, and smarter economy became reality and now, the Republic of Azerbaijan holds 75-80 percent of GDP of South Caucasus,”. Since the restoration of independence, Azerbaijan has achieved immense economic development, social compatibility, civil superiority and energy diversity. Its strategic Road Map for socio-economic development has further consolidated its position in the region and beyond.

Baku, the city of fire which resounded to the sound of gunfire in Black January, now resounds to the sound of construction as the city is transformed into a vibrant and modern outlook. Azerbaijan has become leader of cultural diplomacy, icon of multiculturalism, sign of Islamic values, and place for peaceful co-existence in the world. The streets down which Soviet tanks had once driven were filled with foreign tourists and journalists eager to see the sights of Baku.  Black January 1990 was a paradigm shift for Azerbaijan in all respects.

In a report titled “Black January in Azerbaijan,” Human Rights Watch stated that the violence used by the Soviet Army on that night constituted an “exercise in collective punishment.” Its comprehensive report revealed that in their pursuit for higher casualties, the Red Army used the 5.45 mm caliber bullets with the shifted center of gravity, which upon entering a body spiral through the organs, causing excessive pain and internal bleeding, thus increasing chances of death.

“Helsinki Human Rights Watch” revealed the Soviet brutality of January 20, 1990 during which   army intentionally crashed unarmed peaceful civilians under their tanks. Medical personnel, ambulances and even hospitals were specifically targeted. Hundreds of civilians were killed, including children, women and elderly; people of different ethnic and religious backgrounds, Muslim, Christian and Jewish. The soldiers sacked and burnt 200 houses and apartments, 80 automobiles, including ambulance cars, the state and personal property. It was an act of state terrorism and crime against humanity.

Black January was indeed marked the beginning of the end of the Soviet rule in Azerbaijan, and eventually caused cracks in the foundations of the Soviet statehood. Millions of Azerbaijanis and friends of Azerbaijan visit Martyrs’ Alley in the Azeri capital Baku every year to pay tribute to the memory of the victims who laid down their lives for the country’s independence.

Martyrs of Black January 1990 are real heroes and sons of the motherland, “Azerbaijan” which defended the freedom and independence of Azerbaijan with their bravery and became “larger than life characters”. Martyrs are still alive in shapes of Azerbaijan’s “irrevocable independence”, “uncompromising sovereignty”, “and sustained socio-economic prosperity” and the last but not the least, “unbending national pride”.

Black January in which disproportionately brutal and poorly justified military intervention massacred the common people served to increase national sentiments rather than put an end to the national movement. The reaction to the intervention was one of shock and outrage. For the first time since the beginning of the Karabakh conflict, all major political forces were united in common grief. The value of martyrdom drives from Islamic culture. Dying for a cause is important in the history of humanity and specially Islam. The Alley of the Martyrs is the triumph of nation despite all its lost battles.

Being expert of Azerbaijan and CIS I personally think that military operation of January 1990 was totally planned and calculated act. It took its roots back to 1988. As the Soviet Union rapidly withdrew its forces from Eastern Europe, the spill-over from the 1989 upheavals began muffled throughout the Soviet Union. Black January was the continuation of Soviet attacks on civilians in Almaty & Tbilisi, in 1986 & 1989 respectively, and followed by use of force in Vilnuis, Lithuania.

Various research studies, papers, essays of magazines and journals and news items clearly reconfirmed before Black January terrible incident political parties/bodies and Azeri Supreme Soviet was paralyzed. Weapons were gathered from militia employees under the pretext of population disarmament.  Flows of information were stopped and Soviet authorities blocked of televisions and stopped the broadcasting in Azerbaijan on January 19 in order to deprive population from getting information. Foreigners were not allowed to enter to the city. Western reporters were banned from traveling to Baku to cover the events. Soviet Defense and Interior Minister, and military officials reportedly visited Baku some days before, for realization of this calculated terrorist attack. Soviet reservist, which was prepared for the special mission, had been mobilized and sent to the region exactly for fighting. Most of the Soviet militants were the orphan people prepared for the special mission.

M Gorbachev’s use of force in Baku was nothing but the desperate attempt to stop dissolution of Communist ruling in Azerbaijan. The Soviet Army was trying to rescue the totalitarian regime, the rule of Communist Party and Soviet Empire. The Empire, whose foundations started to shake since 1985, had the last chance of survival. The January 20 events played a decisive role in awakening the national consciousness. It was the final attack by the Soviet Army to try to preserve its position. It was the fight between communism & anti-communism, between democracy & totalitarianism. The event helped unify the country and create a national identity, where previously none had existed.

People of the Republic of Azerbaijan celebrate January 20 as the day of martyrs every year. On January 20, the people of Azerbaijan tend to mark the tragedy of Black January and pay tribute to its martyrs. But they also commemorate the achievements in the years since as an independent nation, and acknowledge that January 20 1990 for all its bloodshed, was a first and vital step towards Azerbaijan’s freedom. It was a state terrorism and crime against humanity on part of former USSR. It was marked the beginning of the end of Soviet rule in Azerbaijan.

“Black January was “turning point” for all the Azerbaijanis people who abandoned Soviet identity and becoming citizens of the independent Republic of Azerbaijan at the time when such independence still seemed unreachable. Black January also upholds “grief” which has enduring human befitting propositions. It united the people of Azerbaijan despite ethnic diversity and strengthened their resolve to achieve that independence. Ultimately, it sustained values of faith, courage, and the strength of human spirits which are universal and everlasting. It was act of perseverance and will to move on and move forward with a better life, a life of freedom, fairness, tolerance and peace and it had also left an even stronger and even greater impression in daily lives of people to centralization of command to national politics to the regional geopolitics.” 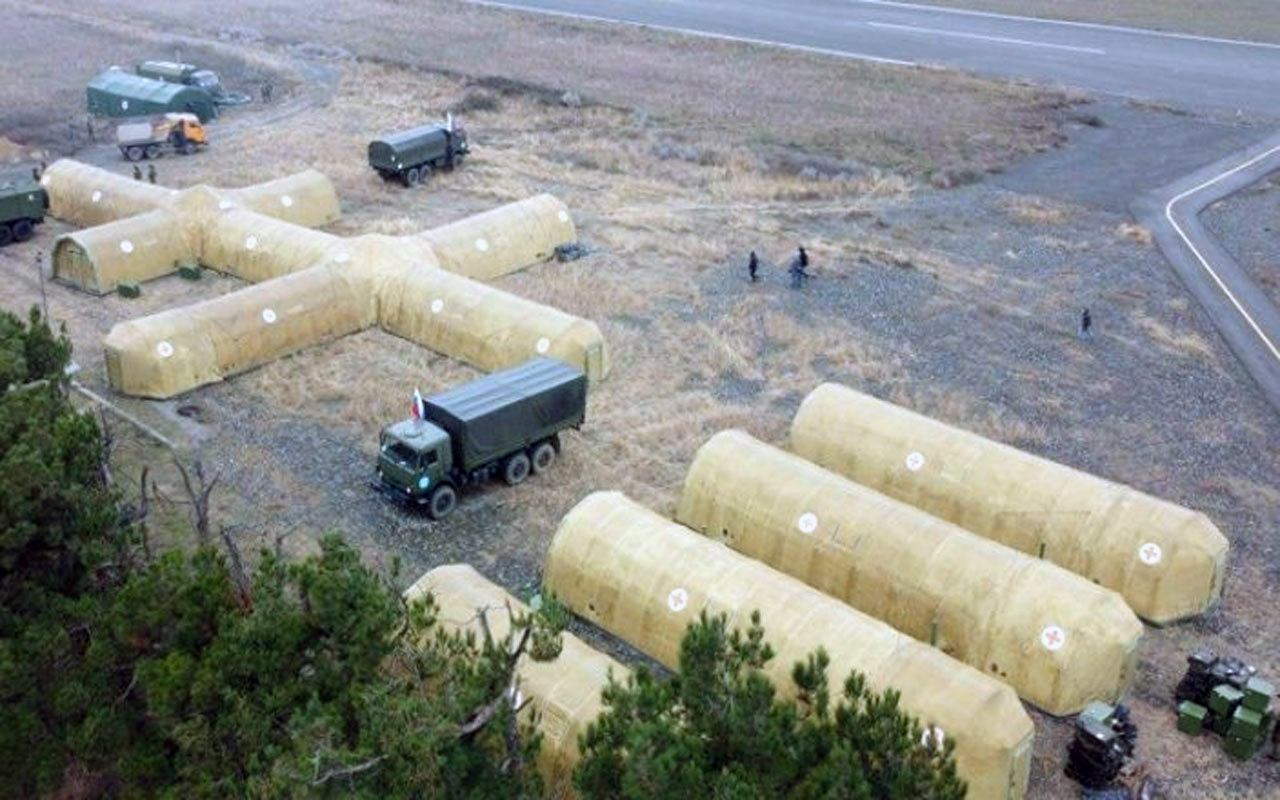 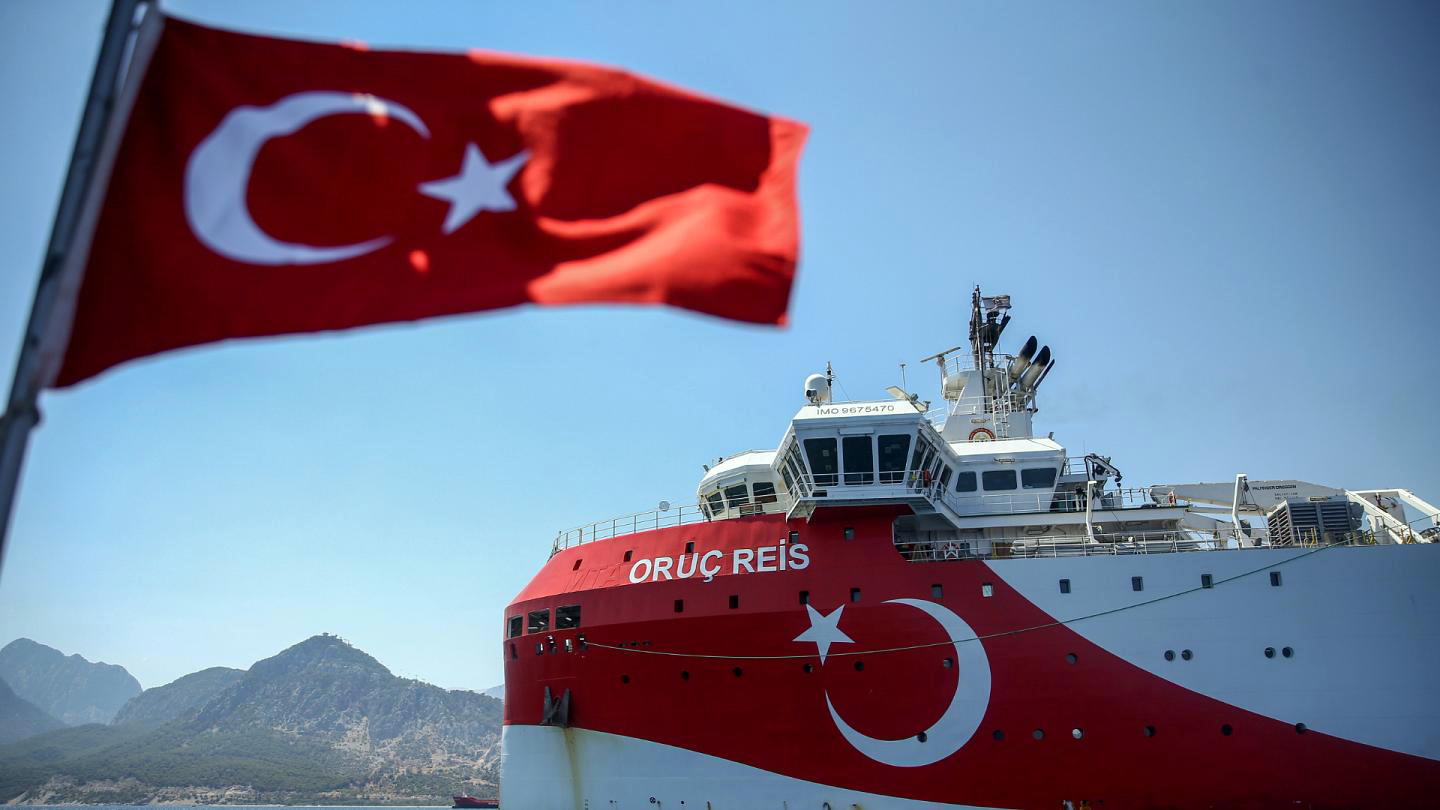 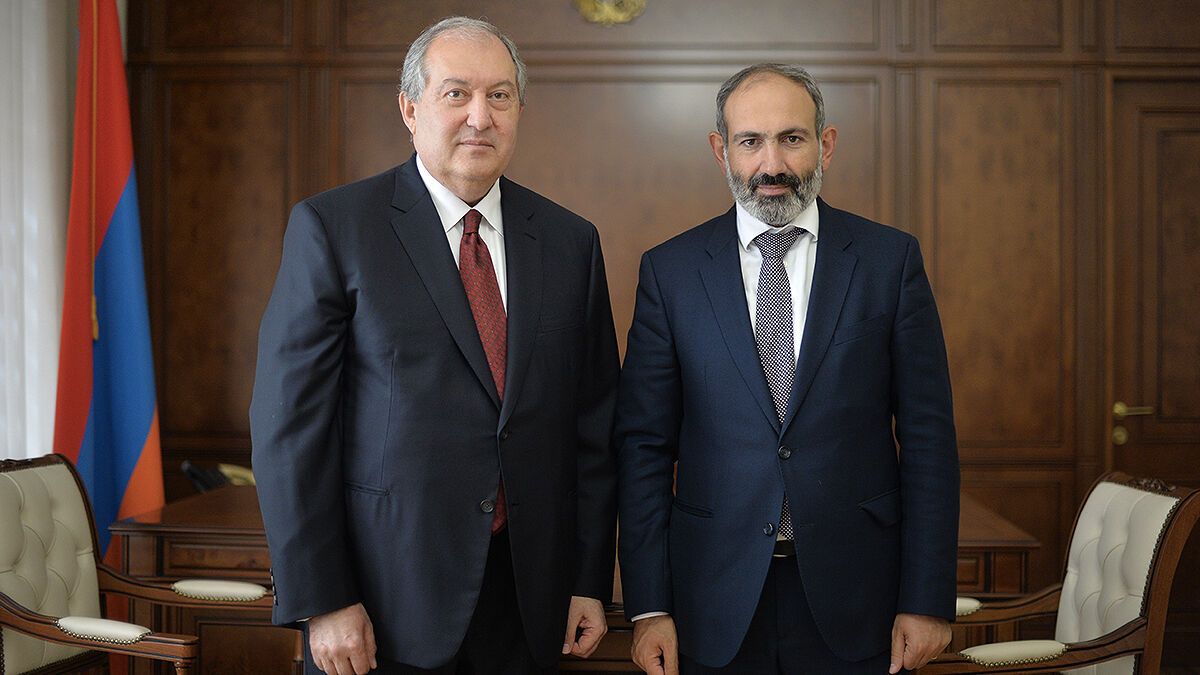