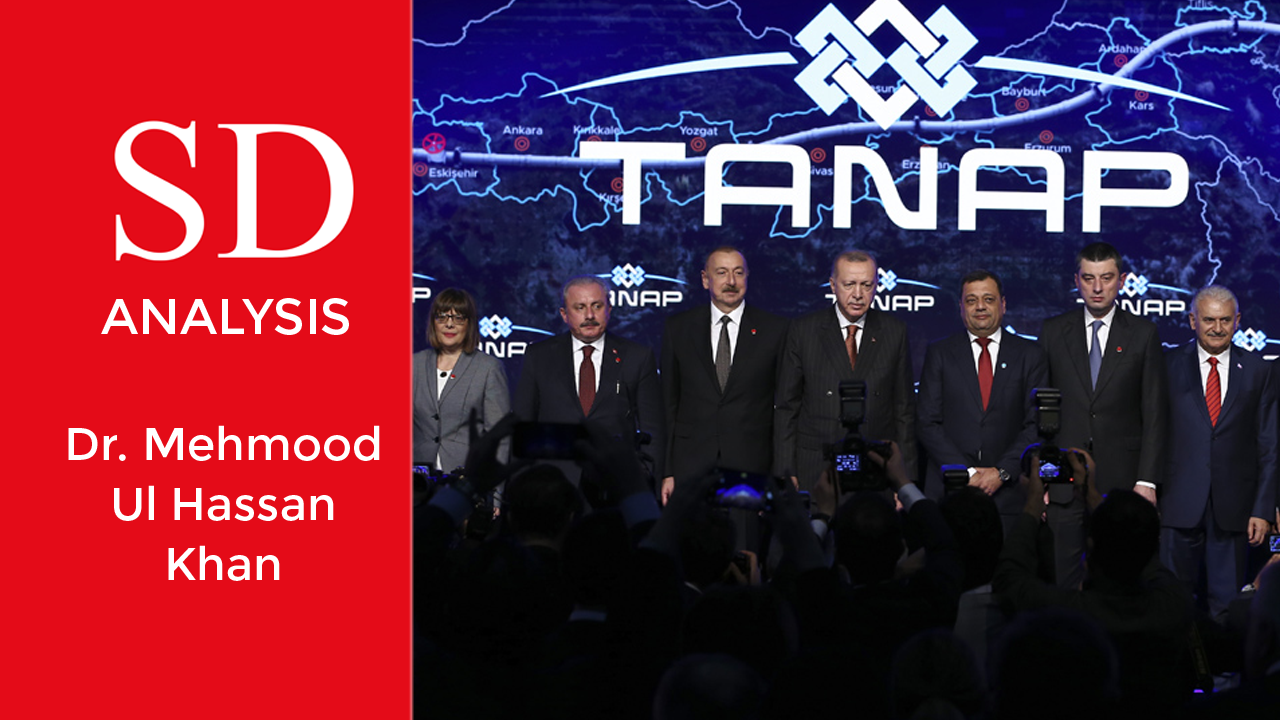 The “Contract of the Century” was signed in 1994 which changed the total landscape of the South Caucasus Region (SCR) in terms of national and regional security, economic integration, political connectivity and above all social advancement. Even concept of Crisis Management (CM) also changed. It was the first Production Sharing Agreement (PSA) between Azerbaijan and foreign oil companies. The deal covered three major oil fields in the Azerbaijani sector of the Caspian Sea, Azeri, Chiraq and the deep water section of the Guneshli field (ACG).

It was one of the main successes of foreign policy of Azerbaijan in which its energy resources played very important role. It actually trigged its national economy and revolutionized energy potential and afterward, transformed leverage of the geopolitics of Azerbaijan. Subsequently, Azerbaijan unlocked the Caspian Sea for joint development by multinational companies, and managed to attract multi-billion dollar investments in the petroleum industry. Thanks to the “Economic Orientation” of its foreign policy which afterwards, successfully eradicated absolute poverty, put an end to economic distresses, diminished societal stagnation, lessened political instability, reduced the chances of any external aggression and the last but not the least eliminated Human Capacity Building Deficiency (HCBD) issues in the country

H.E. Heydar Aliyev the founding father successfully turned miseries into opportunities, tears into smiles, poverty into prosperity, unemployment into employment, dependency into self-reliance and the last but not the least crisis into crisscrossing of meaningful political dialogue due to successful independent foreign policy in which energy had played a pivotal role. He introduced series of structural reforms in every field of life and economic survival.

Massive industrialization, diversification of economy, optimal channelization of resources and high levels of modernity was successfully introduced and implemented after the “contract of century”. After signing of contract of the century, visionary leadership of H.E. Heydar Aliyev changed the rule of engagement with special reference to Armenian the ultimate aggressor. It started the new era of international cooperation and robust economic growth.

Azerbaijan has been receiving immense “economic dividends” from the contract of the century. Even most recently (April 2019), the British Petroleum (BP) and the inked a US$ 6 billion[1] contract with SOCAR for the further development and exploration of different associated projects.

The energy sector has been a driving force for economic development in Azerbaijan Azerbaijan’s energy policy mainly focuses on the production, export, and transportation strategies for fossil energy resources, as well as regulation of the electricity sector, management of energy revenues, and energy sustainability, including environmental issues and development of renewables (RES). The four laws on the Utilization of Energy Resources, Energy, Electric Energy, and Electric and Heat Power Plants, respectively, created the early legal framework for the country’s energy development and RES.

The salient features of its national energy policy are mainly:  effective production, transportation, distribution, storage, use and safety of energy products, creation of infrastructure, efficient energy supply to all consumers and to create new workplaces; establishment of competition and minimal monopoly conditions in energy sector; organization of activities in the energy sector on the basis of various types of ownership, long-term contracts and special permits; creation of favorable conditions for local businesses producing high quality products; creation of favorable conditions for the application of efficient and environmentally safe technologies, conservation of energy resources, reduction of waste amounts, efficient use of energy and use of RES, reduction of negative impact on the environment., increase energy efficiency, create favorable legal and economic conditions for investments and development of state energy programs.

Azerbaijan has initiated many mega energy and transportation projects in the country. Baku-Tbilisi-Erzurum (BTE) Gas Pipeline transports gas from the Shah Deniz field to Georgia and Turkey. Whereas, Southern Gas Corridor (SGC) will transport gas extracted from Shah Deniz Stage II development from Caspian Sea to Turkey and then to Europe. The SGC consists of two further important pipelines projects i.e. Trans-Anatolian Pipeline (TANAP) and Trans-Adriatic Pipeline (TAP) which will deliver Azerbaijan’s gas to European countries.

The Republic of Azerbaijan has 75-80 percent GDP of South Caucasus Region (SCR). Its macro-economy is strong, stable and sustainable. Its macro-economy’s current and future prospects are very healthy in which non-oil sector will be further productive and strengthened.

In the new geo-political realities of the 21st century, bold and innovative, even visionary, approaches are needed in inter-state relations, including in the area of energy security. In this regard, Azerbaijan is the champion of energy diplomacy and its President Ilham Aliyev has a strategic vision about the further development of its national economy, diversification of energy mix and channels of production through innovative energy policy. TANP is the ultimate resultant of his dynamic energy policy.

A mega-project like TANAP would also act as a huge “stimulus” for the regional as well as global economy. Such a conceptual breakthrough would have far-reaching long-term consequences all the regional countries especially all the recipient countries.

It would not only bring all-round economic advantage, prosperity, social and political stability, but also create a solid and enduring foundation for greater trust, confidence and understanding, extensive people-to-people ties and communication links that will hopefully lead to new, lasting and stable political and strategic relationships.

If we study human history in all countries and through all ages, one thing is evident that energy has been the driver of economic growth, development of human civilization and the main determinant of people’s welfare. It is the access to energy, whether human, animal, or natural, that has primarily determined the scale and success of a civilization or state. That is why the major civilizations have flourished in places where there was abundant sunshine and water that translated into availability of energy. TANAP will cater the need of modern human civilization living in passing/ recipient countries resultantly civilization will be flourished and flowers of sustainable development, economic prosperity, political stability and above all dreams of qualitative life will also be blossomed.

During the Industrial Revolution, a country’s economic and military strength was critically dependent on availability of coal. In times past, these were the contours of the geopolitics of energy but operationalization of TANAP, its completion within the soil of Azerbaijan and Turkey has changed the concept of energy politics and turned it into geo-economics.

In the modern era, the geopolitics of energy operates on similar principles, with the difference that, in today’s interdependent and interconnected world, the matrix is more complex and sophisticated but TANAP has changed the concept of regional energy security and supply. Most countries, the industrialized ones in particular, have become unprecedentedly energy dependent not just for their continued prosperity but even for their very survival and TANAP stands for human survival and industrial excel too. 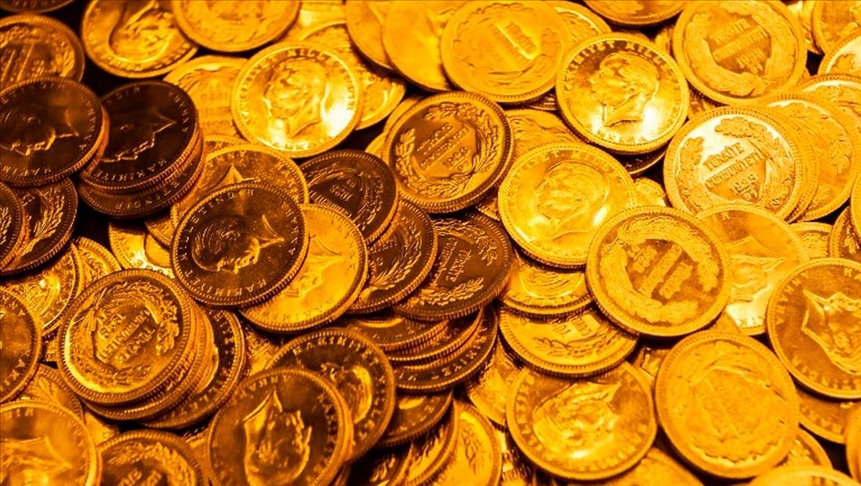 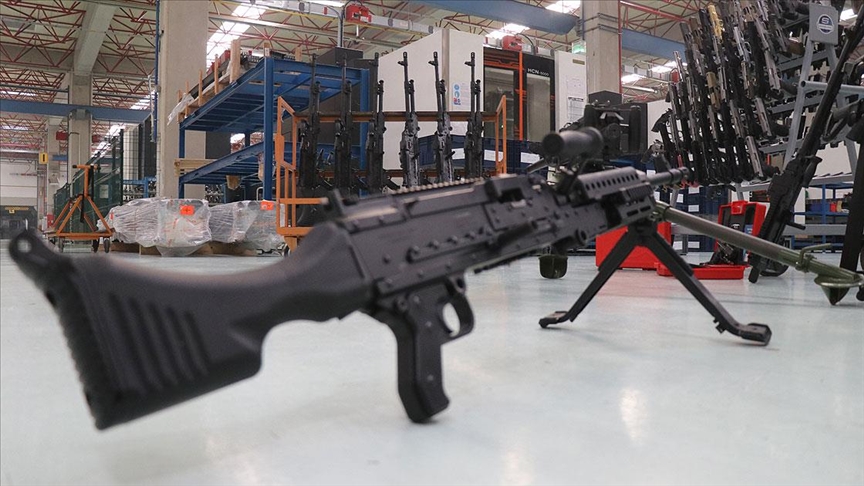