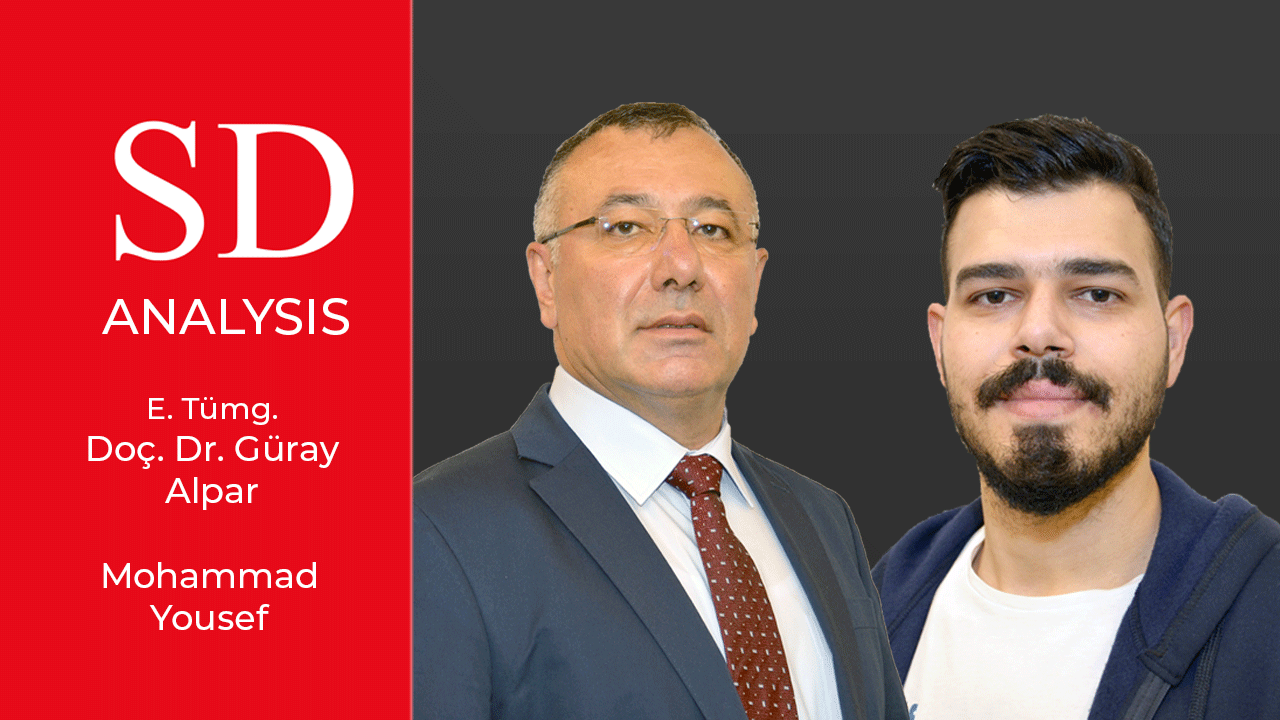 Universal rules such as human rights, justice, law and equality are necessary for everyone. The Palestinian people expect these basic rules to be implemented.

Some may claim that the recent confrontation between the Palestinian resistance in Gaza and the Israeli occupation forces cannot be considered a victory,  given the size of the loss of life and the great destruction of buildings and infrastructure that the Palestinians suffered as a result of the Israeli airstrikes,  but the measure of victory in the battle today is not measured by the size of the losses In terms of lives and buildings but is measured by strategic and political gains, we will talk to you in this article about the ten reasons that make the recent confrontation a victory for the Palestinians against the Israeli occupation.

1. For the first time in its history, Israel admits defeat.

The former defense minister Avigdor Lieberman said - in an interview with Israeli Channel 12, "I am here to say what is necessary to talk about now, which is the security of Israel from a security point of view. This whole process is completely unnecessary, and Hamas is the one that will emerge victoriously." He added that Hamas "succeeded in creating a home front inside Israel and succeeded in controlling the Palestinian street."

The former defense minister emphasized that "If Israel carried out another military operation after 3 years, then what have we done? ... We have paralyzed a developed country (meaning the occupation state), and I want to ask what our image will be in front of the Arab world? Thus, in front of Hamas, how will it be in the face of Hezbollah and Iran? "Observers considered Lieberman’s speech to be the first admission of defeat before the Palestinian resistance in the history of the occupation state.

2. Europe is inclined towards building relations with the Palestinian resistance movements.

3. Confessions of Israeli pilots of revenge against civilians for failure to stop resistance missiles.

In an interview with Israeli Channel 12 news, a pilot, who preferred not to be named, admitted that the Israeli army had thrown tons of ammunition and explosives on residential towers and civilians in the Gaza Strip to vent their frustration after their failure to stop the firing of rockets from the Gaza Strip.

This statement is evidence of the failure of the Israeli Air Force to target the major leaders of the Palestinian resistance and the inability to limit the momentum of the rockets launched from the Gaza Strip towards the occupied territories, this confirms the failure of the Israeli plans and the success of the Palestinian resistance to withstand the attacks.

4. The Palestinian resistance took the lead.

This is the first time that the Palestinian resistance took the initiative to strike the Israeli occupation after the previous confrontations were limited to repelling the aggression and preventing attempts to storm the Gaza Strip, this time was different because the resistance in Gaza triumphed for the Palestinians of Jerusalem and defended them against the attacks of Jewish settlers on Al-Aqsa Mosque.

With modest tools, the Palestinian resistance has proven that the will of the people is above everything. Despite the harsh siege imposed on it since 2005 in the Gaza Strip, the Palestinian resistance, with its modest and limited capabilities, was able to develop its weapons and missiles in terms of quantity and quality and destroyed the prestige of the Israeli Iron Dome weapon. And it proved its complete ineffectiveness and failure in the face of the resistance missiles. This gave the Palestinian people a great glimmer of hope to continue the legitimate struggle against the occupation and shattered the myth of the invincible army that Israel was so proud of.

6. Heavy losses to the Israeli economy.

The ability of the strong resistance to deterrence and its continuation of the battle with high efficiency has made the option of ground war not on the table among the options of the Israeli occupation army, and this is an important development in terms of the conflict with the occupation power. Israel is now aware more than ever that the ground war will cost it many dead and prisoners and will not be crowned with success exactly as it did in the 2014 aggression when it lost many soldiers, and the news was circulated that the resistance had captured Israeli soldiers after a ground incursion of several meters into the Gaza Strip.

8. The Palestinians are united more than ever.

9. The Palestinian cause regains its momentum and popularity at the international level.

These awareness-raising media campaigns and huge rallies have brought Palestine back to the international scene and made it a priority for the international community today. Today everyone is convinced of the justice of the Palestinian issue and has become convinced that Israel is a criminal occupying regime that violates the rights of Palestinians to freedom and a decent life, occupies their lands, kills their children, and destroys their homes and hopes.

10. A change in the US position in support of Israel

A slight change has begun in the position of the permanent and strategic ally of Israel. There is great pressure from Democratic representatives in Congress to put pressure on Israel to stop its occupation of the lands and its violation of the rights of the Palestinians and international law. There is an unprecedented wave of anger in the American administration and the American street towards Israel's aggressive and criminal behavior, and there is a threat that if Israel does not change its behavior, America will not remain silent on Israel's crimes against the Palestinians. There is a petition from Democratic representatives that will be presented to a vote in the House of Representatives and Congress to cancel the sale of US weapons to Israel and it is said that Biden’s call The last one with Netanyahu before the ceasefire had a sharp and blunt tone in which Biden gave Netanyahu a deadline for a ceasefire.

We all know that Biden, as a person has not hidden his full and absolute support for Israel and its policies, but it seems today circumstances have changed and the pressure in the American street and discontent with Israel today has reached unprecedented levels. Even the Jews themselves have come to condemn Israel's bloody practices against the Palestinians. I would say that the unity of the Palestinian street and Their alignment behind the resistance and their adherence to regaining their rights and their legitimate struggle formed a pressure ring that could not be ignored on the American administration, which made it decide to rethink its absolutely supportive policies for Israel.

Finally, the recent ceasefire is not the end of the battle with the Israeli occupation, but rather the beginning, the beginning of the path to liberation will be the establishment of an independent Palestinian state with Jerusalem as its capital. The Palestinians today, with stronger resistance, a unified people, and global support for their cause, are closer than ever to liberation, ending the occupation, and restoring the land. Universal rules such as human rights, justice, law and equality are necessary for everyone. 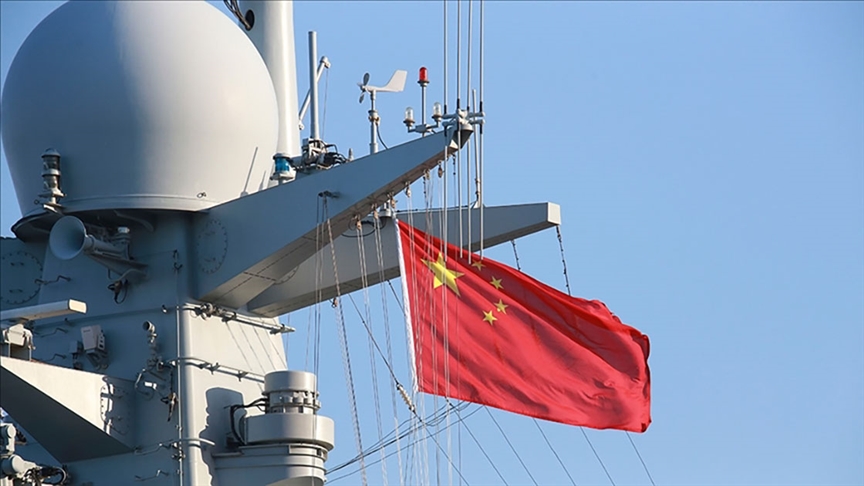 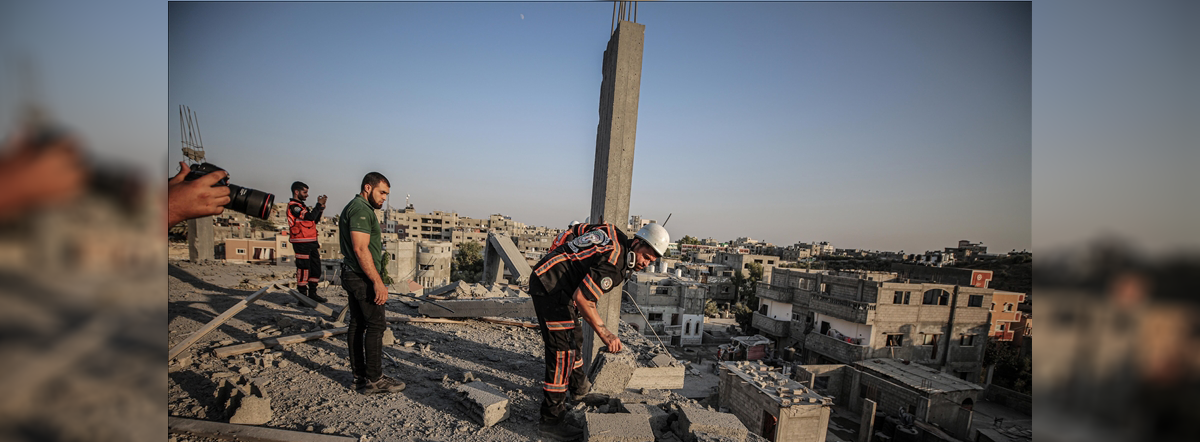 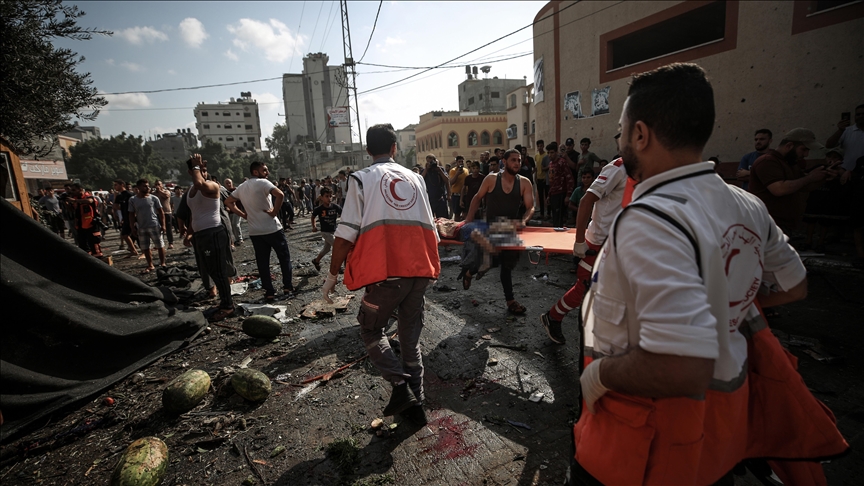 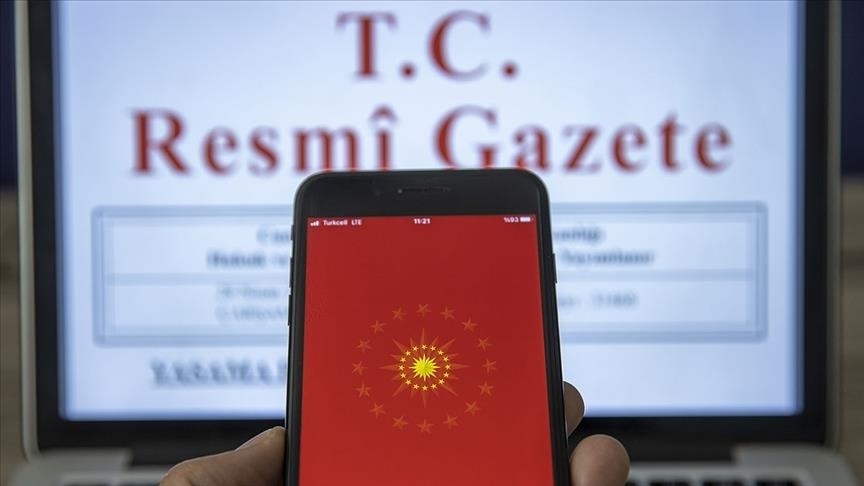