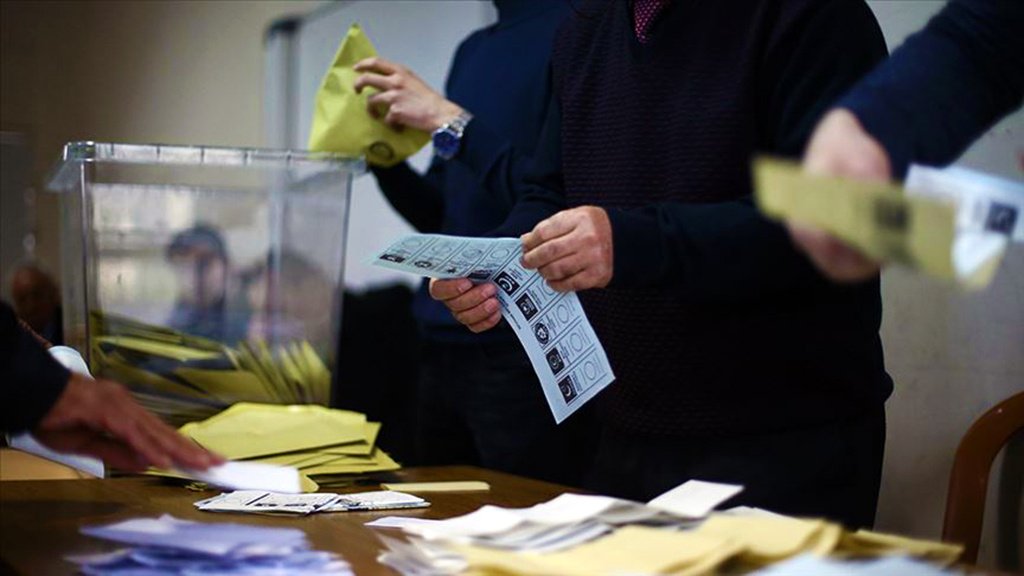 Despite usual western perception and biased media reports about recently, held local elections in Turkey, democracy is the ultimate vector. It was fair, free and transparent. Ever body was free to participate and contest the said elections. Every political party had equal rights of electioneering.

Turkish people were free to vote and every vote was accordingly, counted and weighed in the final tally. According to Turkish official data, more than 57 million people in the country were registered to vote for mayors and councilors. Turnout was high at just under 86%. Turkish people had the chance to elect some 22,000 local councilors, along with 30 metropolitan and 1,351 district mayors. People of Turkey have now elected mayors for 81 provincial capitals and 957 towns.

It is pertinent to mention that local elections in Turkey are held after every five years. Turkish citizens over 18 years old have the right to vote in elections except those who hold certain military positions or are charged in prisons.

Nevertheless, there still some important tussle/struggle is going on to control the collateral damages of unexpected defeat through legitimate means allowed by the constitution of Turkey.  Mansur Yavaş has started as acting Mayor of Ankara. Most recently, the ruling party AKP has requested to Supreme Election Council for a rerun of the Istanbul mayor’s race, after two weeks of appeals and recounting of ballots. Initially, Turkey's Supreme Election Council will decide fate of mayor of Istanbul.

It seems that political maneuvering and euphoria of electioneering is gradually over and ownership of Ankara and Istanbul (political & economic capitals) will be now decided in the courts. Having all said that, it is obvious that recently held local elections in Turkey have once again established that Turkey is the only Muslim country which has true traditions of democracy.

The party of Turkey's President Recep Tayyip Erdogan has lost control of the capital, Ankara and Istanbul in local elections which is indeed a serious blow to his 16 year rule starting from 2003.

Most recently, local elections were held across Turkey and the Justice and Development Party (AKP) led alliance won more than 53% of the total vote. But melting down of national economy, weakening of lira, rising ratios of unemployment and the last but not the least, price hike (20 % inflation rate) were the main issues of the Turkish local elections which forced its people to act differently in different regions due to which a “clear division” has now been created between major urban and countryside demography’s. It is now feared that Turkey is more polarized than before, but still a strong democratic country.

The AKP has alleged invalid votes (300,000) and serious irregularities in most of the 12,158 polling stations in Ankara. Fatih Sahin, general secretary of AKP committed to follow all legal rights to prove its party’s claims of serious irregularities i.e. invalid votes in the local elections. Some raids of law enforcement agencies have now been reported in local as well as regional media outlets to arrest the culprits of fake votes.

President of Turkey and head of AKP while delivering the “Victory Speech” assured his die hard supporters to carry out economic reforms without compromising on the rules of the free market economy till the next Presidential election to be held in 2023. It is true that image of invincibility has been shattered and an opposition long seen as “desperately divided” has achieved a new life line in the politics of Turkey. Is it beginning of end or end of a beginning, only time will tell?

The opposition Republican People's Party (CHP) having secular orientation, won in Ankara. With almost all votes counted, his candidate was on nearly 51% and the AKP's Mehmet Ozhaseki had won the support of just over 47%. The CHP has also won the third largest city, Izmir of Turkey. The people have voted in favour of democracy. They have chosen democracy," CHP leader Kemal Kilicdaroglu said.

Previously, the AKP, with its roots in political Islam, has won every election since coming to power in 2002. President Erdogan rigorously participated two months political campaign included 100 rallies, was about the "survival" of the country and his party.

The opposition pro-Kurdish Peoples' Democratic Party (HDP) did not fully take part in various regions because of so-called unfair circumstances. The HDP regained several seats across the mainly Kurdish south-east, where the government has replaced elected mayors with government-appointed trustees in the past after alleging the ousted officials had links to the terrorist organization Kurdistan Workers’ party (PKK), but also lost two south-eastern towns to AKP control.

Politically, voting in 30 cities, 51 municipal capitals and 922 districts across the country was treated widely as a referendum on the president’s handling of Turkey’s economic crisis as the Turkey the nation of 81 million people faces a recession for the first time since Erdoğan entered office 16 years ago.

It was also a litmus test for his newly expanded presidential powers to secure AKP dominance in the country’s two major cities.

Despite the shocking results in Turkey’s major urban centres, the ruling AKP and an allied nationalist party still won more than half of the votes across Turkey as a whole. Across the country, the President's AKP party, in alliance with the Nationalist Movement Party (MHP), held 51.63% of the overall vote, while the opposition alliance took 37.55%.

It is reality that Erdogan transformed Turkey since his ascent to power in 2003, implementing diversified but integrated policies and series of structural reforms that encouraged economic growth and challenging Turkey's secular foundations by bringing Islamic conservatism into to public life but politics has its own sultans and economics is the real kingmaker.

The AKP has received a significantly larger share of the total vote than in 2014. In Konya, for instance, the increase represents a 6% of the vote. This growth in popular support can probably be explained by an important element: The MHP did not put forward candidates in the above-mentioned provinces after reaching an agreement with the ruling party. Thus, many MHP voters are likely to have moved to the AKP in these areas.

The AKP’s now controls just 39 provinces, while it held 48 after the 2014 local elections. At the same time, the CHP has gained from ruling 14 provinces to 21. An important factor leading to this new reality was that the CHP won the eight close contests for a metropolitan municipality in which it was involved.

A voter living in a particular metropolitan city therefore vote for a metropolitan municipality mayor, district mayor, municipal council members and mukhtar (neighbourhood representatives), while people in cities caste their votes for a mayor, municipal council members, provincial assembly members and a mukhtar. People living in villages on the other hand caste their votes only for provincial assembly members and a mukhtar.

In the most recently held local elections, thirteen political parties were in the electoral race. However, it appeared that the biggest races were among five major parties i.e. the AK Party, CHP, MHP, IYI Party and HDP.

Before elections it was expected that AKP would turned to be vector. The AKP formed the People’s Alliance with the nationalist MHP prior to 2018 general elections, and the two parties were also continuing their alliance in local elections.

The other alliance in local elections was the Nation’s Alliance, formed by the CHP and IYI Party. CHP, which follows a social democrat path, is the main opposition party in the country. The co-founder of the alliance IYI Party is a new party formed prior to the 2018 general elections and holds a centre-right nationalist position.

Most political parties took part in said local election announced their manifestos. Although there were hundreds of different promises, a few stood out among the majority of the parties. Better transportation system, modern and smart infrastructure, and the environment were the main promises of all the major political parties in Turkey.

Traffic is a big issue in metropolitan cities, especially Istanbul, Ankara and Izmir. Parties promised/pledged to build new underground metro lines and strengthen other means of public transportation such as ferries. Moreover, new roads were also promised to solve traffic jams in these cities. Candidates emphasised the importance of smart technology systems to solve transportation issues.

All of the candidates promised to work towards developing large green spaces and parks in city centres.

Traditionally, all major political parties and mayoral candidates emphasized higher priority to contest in Turkey’s top three biggest cities i.e. Istanbul, Ankara and Izmir. Generally, political parties nominated well-known and strong political figures in order to increase their chances of winning in these cities. Parties also paid great attention to the concerns of people living in these cities in their election campaigns and promises.

The AK Party and its predecessor have been governing both Istanbul and Ankara since 1994, while the main opposition party CHP has governed Izmir since 1999. It was a matter of political survival, strength and sustainability and wining of new hope of revival and viability between the AKP and CHP candidates i.e.  Binali Yildirim, former prime minister and speaker of parliament, and CHP’s candidate Ekrem Imamoğlu, Mayor of Istanbul’s Beylikdüzü district in Istanbul.

Same was the case of Ankara where, the AK Party’s candidate Mehmet Ozhaseki, former minister of environment and urban planning contested against CHP’s candidate Mansur Yavas, former mayor of Ankara’s Beypazari district in a close race. In Izmir, Nihat Zeybekci, former minister of economy, was contested for the AK Party, and Tunc Soyer, Izmir’s Seferhisar district mayor, is running for CHP.

Turkish electoral system has some salient features which show/uphold its real strength and resilience. For the election of the provincial assembly and municipal council, a proportional representation system with a 10 percent election threshold was adopted in the recently held local elections 2019. For the mayoral election, first-past-the-post system was pursued.

In Turkey the Supreme Election Board (YSK) is the top authority responsible for the conduct of all electoral processes in a transparent, equal, fair, and reliable manner. The electoral process prior to, during and following the election period, was carried out through an integrated election management system, called SECSIS. It enabled voters and political parties to monitor the whole process throughout Turkey. It also ensured that political parties simultaneously obtain results of the ballot boxes once they were entered into the system after counting. It secured the conduct of elections in a transparent manner.

The center-left nationalist CHP, the main opposition party, has obtained two significant victories after unending defeats and won both the main cities i.e. Ankara and Istanbul which combine around a quarter of the country’s population.

Good news is that the outcome of most recently local elections 2019 in the Republic of Turkey has outburst and disapproved rhetoric of western media outlets about functionality of Turkish democracy. Turkey has an elected democratic government where human rights are granted by its constitution. The mayor-ship in Istanbul is still contested and the Supreme Electoral Council, an independent legal body, is handling challenges as per Turkish law in a transparent fashion.

A defeat in some major cities by a whisker is a wake-up call for the ruling government. The government will have to take all possible measures to provide some kind of comfort in the age of economic uncertainty, financial church, banking crisis, foreign currency/reserve shortfall, and declining ratios of FDIs in the country.

It is hoped that by next elections 2023 Turkey will be succeeded to strengthen its economy through export-driven growth, investment in technology and job creation.