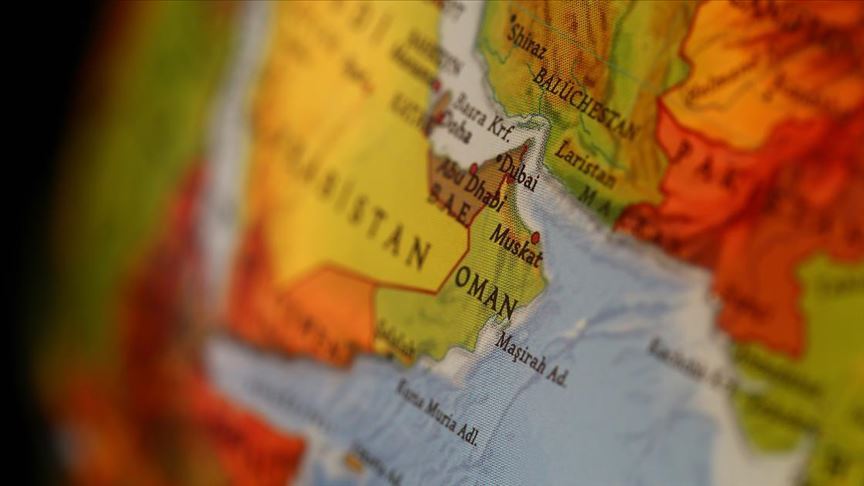 Sanction refers to the situation where people must obey the rules. According to the dictionary of the Turkish Language Institution, the word sanction is also stated as the punishment given to the behavior performed in violation of the law. Obliging individuals, institutions, and states to comply with these rules is also within this scope. However, it is an indispensable rule for the rules to comply with the principle of justice in the conscience of people and society and to be equally applied. Another important issue is that the civilian population, women, and children are not adversely affected by the sanctions, especially in terms of health and basic human living conditions, as in Afghanistan. On the other hand, security is the situation where people and society feel safe away from all kinds of danger. Establishing order in the society, ensuring, and maintaining security and order is a social concern (Alpar, 2013: 80). If the sanctions cannot eliminate this concern in the society, the practices will not make sense.

In international relations, sanction refers to the set of actions taken by a weak party to stop an action against a weaker party or to correct a mistake made. In this context, it is seen that sanctions are applied in economic, military, diplomatic, sports and environmental fields.

Sanctions are used as a tool of diplomatic pressure to force states to change their behavior. On the other hand, the law must be binding on everyone and every country. Otherwise, these rules do not go beyond serving only the strong. Sanctions can be enforced with or without weapons. According to the UN Charter, the measures referred to in Chapter 7 of this agreement may be carried out primarily by coercive measures that do not require the use of force pursuant to Article 41, and, if unsuccessful, using weapons in accordance with Article 42 (UN Treaty Articles 41 and 42).

It is seen that some sanctions are applied without a UN resolution. While the sanctions against Russia were being discussed at the UN Security Council in February 2022, the representatives of Russia and China stated that the unilateral sanctions taken outside the UN harmed peace efforts. Russia's UN Permanent Representative, Polyanskiy, argued that only the sanction decisions taken at the UN Security Council are legal, and that unilateral sanctions interfere with the internal affairs of countries such as Cuba, Venezuela, Iran, and Afghanistan.

On the other hand, sanctions don't always work. It is also seen that the measures strengthened the applied country, as in the US sanctions against Pakistan and Türkiye (1974-1978). Most of the time; As in the examples of Cuba, Syria and Iran, countries adapt their structures to sanction conditions and continue to survive.

Some sanctions are already impossible to understand. An example of this is the partial abolition of the sanctions against Syria, which the USA put into effect under the "Caesar Law" during President Trump's term, in May 2022, with the aim of "defeating ISIS through economic stability" by the same country two years later.  As announced by the US Undersecretary of State for Political Affairs, the decision allowed commercial activities in 12 areas to the north of Syria, while also paving the way for the purchase of oil and fuel from the region. Interestingly, the oil resources belonging to the Syrian people are mostly in northern Syria. Some US companies are exempt from sanctions on northern Syria, they are operated by US companies, and among the buyers of the oil is the Assad Administration. Already before this decision was taken, the US administration had arbitrarily excluded an American company operating in the Deir ez-Zor region under the control of YPG/PKK.

There are other examples of violations of international law on this matter, while subjecting other countries to coercion for sanctions. The scandal that emerged under the name "Irangate" in 1986, when the embargoes against Iran continued, is one of them. According to the news put forward by a media organ named Ash-Shiraa, broadcasting in Lebanon, the USA sold weapons and various military materials to Iran during this period and allegedly transferred its money to the guerrillas trying to overthrow the leftist government in Nicaragua (www.reagan. utexas.edu/archives/speeches/1986/111386c.htm). While then-US President Reagan initially denied its existence, he had to confirm the arms sale and secret talks with Iran in a televised speech on November 13. In this speech, Reagan openly admitted that they had secret talks with Iran for months, and that he had sent the weapons and their parts under orders to persuade them (https://www.youtube.com/watch?v=rYdvBZxPhLY).

Intense sanctions are still being imposed on Russia after the invasion of Ukraine, and the number of sanctioned areas is gradually increasing. Switzerland (1103) and England (1098) lead the sanctions. EU (940) and USA (838) follow. Canada, Australia and Japan are the other countries that impose the most sanctions. It is seen that Australia acts together with the UK, while France imposes sanctions on the areas it determines separately from the EU. These countries also control the sanction system. The system that has already been constructed has also created its own deep control system.

On the other hand, in terms of Türkiye, when the countries that are still sanctioned are evaluated, it is seen that it is neighbor to 3 of the 6 most sanctioned countries in the world. Moreover, the number of sanctions imposed on these 3 countries is much higher than the others.

Undoubtedly, after a point, the sanctions harm not only the applied country, but also the countries that trade with it. In that case, it is necessary to question again who harmed these sanctions against the countries with which Türkiye has intense commercial relations for years.

It is certain that the emerging Russian sanctions will have negative effects in many areas on Türkiye, the region and even on a global scale. As a matter of fact, while US President Biden showed Russia as the cause of inflation in his country, Russian President Putin, St. Petersburg Forum (SPIEF) and published on the Kremlin website, he blamed the mistakes, narrow perspectives and sanctions of Western countries for global inflation and revealed that this would lead to the destruction of production and supply chains, and thus food shortages and global poverty. According to him, the elites of Western countries are ready to sacrifice the rest of the world to maintain their global dominance.

On the other hand, it is debatable to what extent the sanctions imposed are effective. Undoubtedly, it will have some effects in the medium and long term. However, in the short term, it seems that the sanctions affect those who apply it more negatively than the ones that are applied. The increase in oil prices is at the highest level in the last 13 years. The price of crude oil crossed the $120 level, up almost 50% in 2022. Russian Foreign Minister Lavrov told Serbian television that they expect "significant profits" from oil and gas exports this year due to rising prices. Russia, which exports approximately $800 million of gas a day, plans to increase its profits from $235 billion last year to $285 billion this year. The EU meets 40% of its gas needs and 25% of its oil needs from Russia. Western countries have postponed sanctions on gas and oil for this year, on the grounds that it will affect them. For this reason, they still continue to cover most of the financing of Russia's war in Ukraine. On the other hand, other countries affected by the war for some reason are kept apart from these distinctions and exceptions. India and China, on the other hand, meet their energy needs from Russia at a discount. In the end, however, low-income people bear the burden of war and sanctions. In such a situation, it is more important than ever to support and guide Turkish businessmen in all matters, especially energy and food, with a high foresight, and to encourage them based on all state institutions.

An embargo is the prevention of goods from going to a foreign country. In the past, this method, which was mostly applied with a blockade from the seas, has been expanded to include land and air areas, and the term sanction has become more used. Again, the rules set by the international system, the sanction of sanctions are controlled by the instruments of the banking and financial system and by deeper control mechanisms with the privilege granted to certain countries.

On the other hand, it is clearly seen that the world is heading towards an uncontrolled crisis, and the current international system is helpless to prevent it with its unfair practices and is consciously indifferent many times. It is impossible to sustain such an environment in which a small group of elites has a larger share than the rest of the world. The state of people and society feeling fearless and far from all kinds of dangers is undoubtedly valid in fields such as food and energy as well as in the military. For this reason, while putting some restrictions to deter war, on the one hand, there is no equivalent in the public conscience to fit the related issues into a selfish understanding only with the thought of "don't harm himself, whatever happens to the others". Unless unjust practices are eliminated and action is taken as soon as possible, people will continue to die and suffer.

Concentration of wars, conflicts and destructions in Türkiye's immediate surroundings is a situation that should be followed carefully in terms of Türkiye's security. Although it is known that no outside intervention in the region brings peace and tranquility, practices that take shelter behind unilateral sanctions and false peace discourses around this region should also be evaluated. It is time to remove the systems that give nothing but blood and tears around them from the region and to establish a unity that will bring peace and prosperity to the people of the region as soon as possible.