What Happens in Colombia?

It is the question that all of us who follow international news ask ourselves; since after seeing the bloodshed in the Colombian classes due to a confrontation apparently between the government and citizens. ¿What happens? And ¿why don't they stop?

Before answering these questions, it is important to review the social, political and especially the economic context in Colombia, since at the beginning of this year many economic analysts and experts in the field, as well as, and even businessmen from Colombia; They affirmed that the new challenges that Colombia would have to face would be a greater challenge than other countries since the Duque government has the task of economic reactivation, paying off fiscal accounts and rising unemployment, in addition to an electoral process that has already started. But it will be held at the end of May 2022 where Colombia will elect the new president and vice president at the polls.

It is important to remember that on February 2 and 3 the "Great Colombia 2021 forum, where is the country going?" Was held, this forum put on the table topics such as: economic reactivation, unemployment, security, challenges in education, protests, energy transformation, presidential campaigns, the future of the health system and the crisis in the cultural sector.

However, in this forum it was observed that: the forecasts of taking the country on a growth path, after a precipitous fall in 2020, seem to be diminished due to the uncertainty that once again affects the national economic outlook. Since Colombia began 2021 with a fiscal deficit, with a high debt and with the need to spend so that unemployment is attacked and poverty levels do not continue to grow. Since in February, Colombian citizens returned to confinement and drastic measures were extended to prevent the spread of covid-19. Despite the announcements of the arrival of the vaccine and its management plan among citizens, the process will be slow, it was anticipated at that time.

On the other hand, from the Bank of Republic they affirmed that although the total result for 2020 could be less negative than it seems, due to the reactivation that occurred in the last part of the year, the restrictions with which 2021 began did not they will let the curve steep too much. Growth could be reduced, from 5 percent expected last year to 4.5 percent. In turn, they estimated that the inflationary front will continue to decline, with an expectation of 2.5 percent compared to the closing figure for 2020 where it was 1.6 percent.

Another look at the immediate future that stood out at the event was government debt, which exceeded 60 percent of GDP. This front may become more complicated, since projections suggest that indebtedness will continue to be high, because, as a result of the crisis, subsidies will continue to be distributed to those who need them most.

At the meeting, another of the points that drew attention was on how political relations will move in 2021, where Senator Jorge Enrique Robledo, one of the strongest opponents of the Duque Government, assured that the main debate is whether in In 2022 the continuity will be chosen or the change will be voted on. He said Duque's opponents must be united to defeat continuity.

For what the senator, also, opponent Roy Barreras asserted that; the future of democracy is at stake. "The center-right is going to unite, there is a caudillo who is Uribe, and they are powerful ... We have an obligation to overcome differences, because if we do not unite, that regime wins"

WHEN DID IT ALL START?

Under this scenario previously exposed, it is that the policies of President Iván Duque decide to make a tax renewal announced on April 27, which stipulated that:

-A tax was established on the family basket (basic consumption foods)

-19% of the increase in internet service.

-19% VAT (Value Added Tax) on public services such as water, electricity and gas.

-Limit the purchase of goods and services

-Gasoline would also have an increase of 19%, so the increase in the cost of public transportation would be imminent.

-The salary increase is frozen for 5 years

After seeing these new measures by the Colombian Government, students, unions, indigenous people and other sectors, on April 28, took to the streets of the capital, Bogotá, as well as Medellín, in the northwest, and Cali, in the southwest, provoking a confusing incident between indigenous people, civilians and the police, which, according to official figures indicate that, between the repression and the riots, at least 24 people died and more than 800 were injured.

Despite the fact that the beginning of these protests was the rejection of the tax reform promoted by the Government of Iván Duque, the discontent of the citizens was wider, that is why these protests were not lifted after the President, on April 2, announce that he was withdrawing the tax bill and that he was willing to negotiate a new one with the opposition and other political actors.

The claims and the reasons why the protests continue are because Colombians ask for: better health conditions, education, security in the regions, an end to police abuse against the demonstrations, among others.

The mobilizations have been, for the most part, peaceful, but in some cities they turned violent, as we had mentioned previously, according to official figures, at least 24 people died (18 were shot), more than 800 were injured and 90 are missing. Even Oenegés denounce that the police have shot at protesters and that the fatalities exceed 30 people. The authorities also register three police officers wounded by gunshots.

Thus, what had started as a peaceful demonstration on April 28 in rejection of a tax reform already withdrawn, became the largest protest against the Conservative government since it came to power in 2018.

IMPLICATIONS IN THE INTERNATIONAL FIELD:

The UN, the European Union, the United States, Amnesty International and Human Rights Watch called for calm, and demanded guarantees from the government amid the protests. According to Reporters Without Borders, there were 76 attacks against journalists, ten of them injured by the security forces.

"The threat of vandalism that we face consists of a criminal organization that hides behind legitimate social aspirations to destabilize society, generate terror among citizens and distract the actions of the public force," said President Duque on May 5.

For his part, that same day, the Ecuadorian president Lenín Moreno told the Latin American press that the Ecuadorian intelligence service "has detected political and economic interference by Maduro in Colombia."

Later in a report during the Defense of Democracy in the Americas forum, the Ecuadorian president again referred to these events: “I think it is important that everyone tell Maduro at this time to remove his bloody and abusive hands from Colombia. Colombia is a wonderful country, in which, without a doubt, it must have problems, without a doubt there must be people who are complaining about that decision of President Duque. But you have to acknowledge the violence. And I would never want to interpret violence as social protest. Violence should not be part of international politics”, declared Lenín Moreno.

However, to date, Venezuelan President Nicolás Maduro has not referred to the issue.

Further south of Latin America, Argentine President Alberto Fernández wrote on his Twitter account: With concern I observe the repression unleashed in the face of the social protests that occurred in Colombia. I pray that the Colombian people will resume social peace and I urge your government to, in keeping with human rights, cease the unique institutional violence that has been carried out.

In response, the Government of Colombia through the Foreign Ministry rejected the statements of the President of Argentina for "repression" in the national strike. So it was announced by the Minister of Foreign Affairs, Claudia Blum, stating that: Fernández's statements represent "arbitrary meddling and fueling polarization." "The Foreign Ministry, on behalf of the Government of Colombia, firmly rejects the statements of President Alberto Fernández, who are unaware that thousands of Colombians have had, in accordance with our rule of law, all the guarantees to exercise peaceful protest throughout the country".

It is incredible to read in the news that after 12 days, the protests in Colombia continue, after the attempt to implement controversial economic measures, which revealed, for some experts, the exhaustion of the economic model. A model that is not generating new opportunities particularly for the young generations, since they are the majority of those who are taking to the streets.

The lack of tools for dialogue with citizens has been a fundamental factor for citizens to come out in protests, which is why there is a drop in the quality index of deliberative democracy in Colombia.

From what we can say that the mobilizations that still continue in the Central American country, mark the resurgence of a "new generation" that seeks profound changes in its society, perhaps we are seeing the emergence of a new left less willing to be silent. 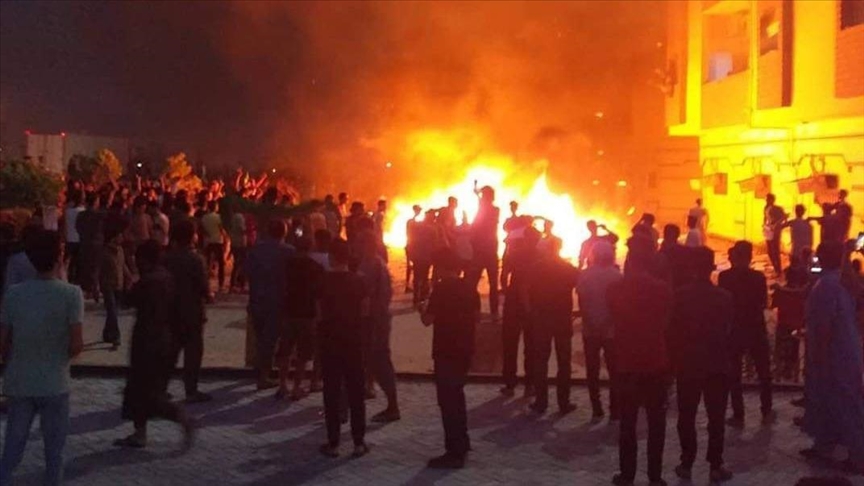